Year in Review: The ballad of 'Ruby' 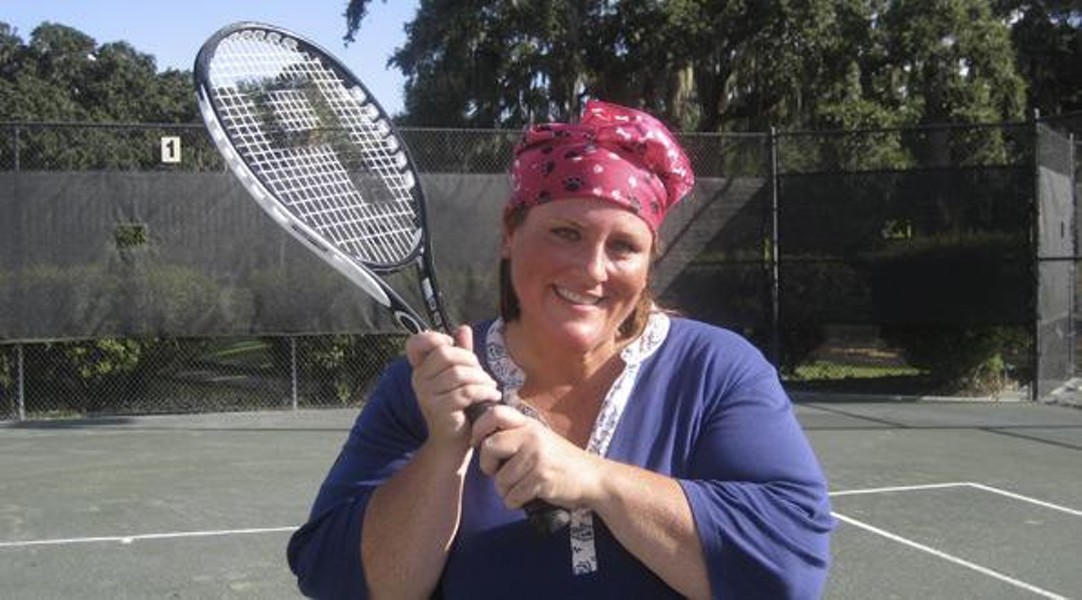 In addition to the usual, um, diet of Paula Deen on your TV (with and without that extra serving of flying ham), Savannah enjoyed a few other small screen turns in 2009. Local designer Mitchell Hall was a contestant on Project Runway, and made it through three episodes before getting the big snip and heading back home.

The world met longtime Savannah resident Ruby Gettinger through Ruby, the Style Network reality show that premiered a little over a year ago. The program follows Gettinger’s attempts to deal with her obesity — she peaked at more than 700 pounds — and her journey of self–discovery along the road to reaching her desired size.

What are you down to now? The world wants to know.

Ruby Gettinger: I’m not allowed to tell you the weight, but I can tell you I’ve lost over 400 pounds now. Can you believe that? When I was 500, 700 pounds, I tried to diet, but it really did not bother me like it bothers me now. Like, how in the world did I let myself get to 716 pounds? This is like a different life for me, because for the first time I’m under 350. And it’s getting lower and lower. I’m able to move around, and I’m seeing a life not so limited.

What has doing this show done for you?

Ruby Gettinger: I started this all because I wanted to do a documentary and call it The Truth Will Set You Free. I wanted to find the truth behind why I was so overweight, and why so many people are suffering from this. After Brittany told some producer friend of hers about it, the Style Network called to ask if I would be interested in doing it on TV.

What’s it done for me is, I’ve found there are a lot of people on this journey with me. They’re coming out and saying ‘Don’t let your weight define who you are, get healthier but still live your life.’ So many people are doing that. And that helps me to continue. Every time I hear a story, or people come up to me, it makes me go ‘OK, you have to do this. You can do this.’ Because the addiction is so hard.

What discoveries have you made?

Ruby Gettinger: The core, of everybody, is their childhood. I didn’t realize how important that was. I promise you, in the beginning I thought this was all about eating, all about exercising, not knowing how to eat right, but it really is not. It’s really about the psychological part. So many people that talk to me that suffer from this, or any addiction, it is a comfort. It’s your best friend. This third season’s going to show how much more of the mental ... I never really dug deep into it. Who talks about their childhood to people, anyway? But as I began this journey my therapist said ‘You’re trying to protect yourself. The things you’re hiding from will start to be revealed.’ In my head, I thought they were looney. I know now that everything they’ve been telling me is totally the truth.

You’ve talked about how cruel people can be to the obese. Did you ever hesitate, before going on TV, and think “I’m really exposing myself to more of that’?

Ruby Gettinger: In the beginning I couldn’t even read stuff, because there were people who were haters of the overweight–ness. I mean, there were some nasty things written. I realized how many haters were out there because of people being overweight, I didn’t want other people, who were already shut–ins, having to deal with that.

There are still haters, but it’s so weird because so many people have written me and said they used to be so prejudiced against this, but since they’ve seen my story they realize this is an addiction. Some said they’d lost their parents, or a sibling, early because they were overweight. They thought they were lazy and didn’t take care of themselves; they thought they didn’t love them. And now they realize what they were really going through. So it’s been more of an eye–opener than cruelty.

What seems so genuine about you is that your weight is clearly not the only thing you think about ...

Ruby Gettinger: I have friends that are skinny, and I used to say to them ‘Would y’all shut up? You’re obsessed with dieting.’ It used to drive me crazy. I would say ‘OK, I’m going on a diet tomorrow,’ but it wasn’t every single day where I was thinking about dieting or getting healthy. I don’t want it to ever consume me.

But now, I want to be healthy the rest of my life. Because I’ve been there. I’ve seen what it does to your body. But when you’re there, you just don’t see.

People ask me ‘Where does that happiness come from?’ I don’t know. I’ve just always been happy, and I love life. I love people, and I always have.