SAVANNAH'S Xuluprophet is set to headline a benefit at Sulfur Studios, furthering the efforts they’ve made since forming to give back to the community in big and small ways.

This time, they’ll be bringing along a cast of talented local musicians and doing it all in support of Deep Center, a nonprofit that aims to tackle the issue of illiteracy in Savannah and the effect poverty has on it.

“Deep Center empowers Savannah’s young people to thrive as learners, community leaders, and agents of change. Through creative writing, cultural production, and art, Deep creates platforms for the city’s youth and the village of support around them, including their families and adult allies, to share stories, engage in debates, and make Savannah a more just and equitable place,” the organization says in a statement. 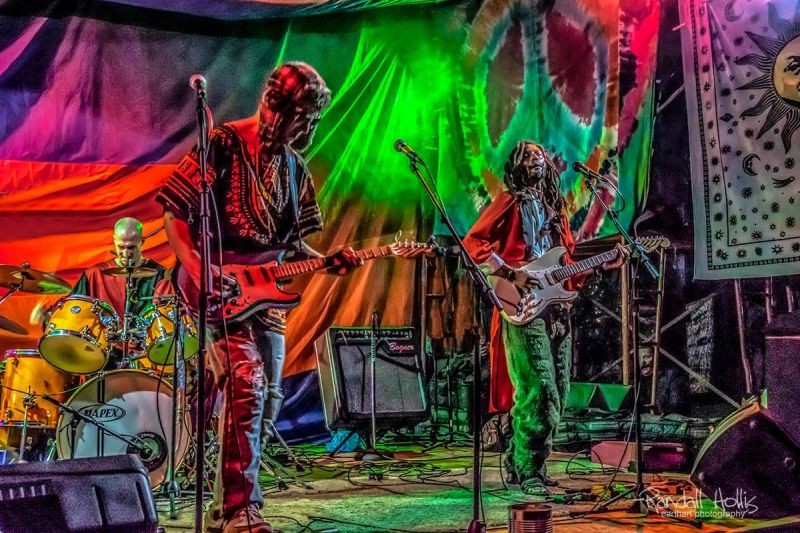 The connection between Xuluprophet and Deep Center was made thanks to a close friend who recommended them to the band.

“My roommate died in January, and before she died she was really behind the scenes in how to strategize and execute this [music] business,” singer Xulu Jones tells us. “Last year – her nickname was Rainbow Witch – I said, ‘Look here, Rainbow Witch. Which one of these charities are we going to give some money to?’ And she said, ‘I think Deep Center will be the one.’”

Jones says that the idea to put a priority on charity events came from a conversation he had with a band that was touring in town a few years ago. The conversation became focused on the idea of bands donating shows more frequently to causes that they care about, and Jones says he carried that idea with him from that day forward.

“The charities we support are Deep Center, Safe Shelter - the Center for Domestic Violence, and Loop It Up Savannah,” he says. “I don’t really give a fuck much about adults, man. Grown folks make their own beds. But children? They don’t get to fill out an application for who their parents are or what their situation is. The only way I can look at myself in the mirror and call myself a man is if I defend the people who aren’t able to defend themselves.”

Deep Center will get half of the proceeds from the door at the show, with the bands splitting the rest. The lineup, which includes Clay Hodges, Colonial FX, and FAMLe in addition to Xuluprophet, has a history together that makes the event special to all involved.

“Clay Hodges and me did some work a year or two ago together for LB4 & After, Linda Wilder Bryan’s organization that she put together trying to save Savannah kids from street violence,” he says.

“And AJ and his crew that own Sulfur Studios – when I first met them I was a damn hobo, man. Playing my guitar on the river for pennies. And they were all baristas at The Sentient Bean. Which is where I met my roommate, who set us on this path of mutually beneficial selfishness.”

Jones makes it a point to say that the artists involved in the event are sacrificing a lot by supporting such an important cause as Deep Center – particularly given the fact that they’ll be splitting 50 percent profit among all of them.

“We’re selling tickets for $10,” he says. “Half of that automatically goes to Deep, and the bands are splitting the rest. So you’ve got four music acts splitting $5 a head. That is in no part a successful formula for any musician, but they’re doing this without hesitation. All I did was ask, and they all said yes.”