WHEN IT comes to the game of life, most of us are still figuring out the rules well past half time.

Omkari Williams reminds that nothing’s final until the clock runs out, and it’s never too late to set a new play into motion. The former actor and political consultant knows the art of the pivot, blossoming into a successful career as a life coach in 2011.

She had full roster of clients but wasn’t finding joy in the New York winters, so a few years later she followed her own advice to live intentionally and relocated to Savannah, where she continues help others initiate positive change and realize their dreams. 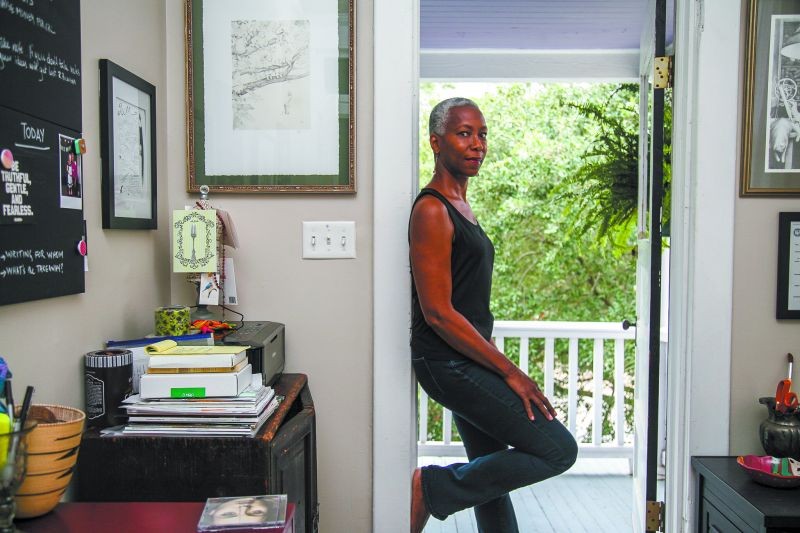 Even if they’ve been in the game for decades, many folks don’t even know where to begin improving their relationships, finances or spiritual fulfillment. Antoine de Saint-Exupéry once said that a goal without a plan is just a wish, and Williams says her job as a coach is to help marry her clients’ wildest imaginations with workable strategies, a process she lays out in The Playbook: Creating the Life You Want.

Part self-help guide, part vision board and part coloring book, The Playbook offers a place to delve into the soul’s mysteries and doodle outside the lines while piecing together the next steps. For those who like hands-on learning, Williams is offering a free mini-workshop this Saturday, Sept. 9 at Savannah Yoga Center.

We sought out a little one-on-one tutoring from Williams in her sunny Victorian apartment that she shares with her wife, GPB afternoon anchor J. Cindy Hill, and their three friendly cats.

What inspired The Playbook?

Omkari Williams: Oftentimes we just stumble along and life just happens to us with no intention on our part. I mean, there's no way you can prepare yourself for everything life is going to throw at you; that's just not the way it works. But you can set yourself in a direction so even if you get blown off course, at least you have a course to get back to.

The intention with The Playbook is to get you to think about what your life looks like right now and what you would like it to look like in the future. People get really colorful with it!

It reminds me of one of those adult coloring books that are so popular now.

That was part of the intention! The first draft was just words, but a friend said to me, “It needs to more fun,” so that’s when the trees and the color came into it. In addition to Kate Freer’s illustrations, my wife added a lot of the other graphics and design that totally changed the vibe.

I wanted people to be able to color in it, use it. Remember how your books looked at the end of the school year, all beaten up and drawn on? That’s what I want people’s Playbooks to look like. Mark it up, dog ear the pages!

What do you think is people’s greatest obstacle to creating the life they want?

They don’t know what it is or what it looks like. They haven’t thought about it. Most of us are kind of random. We just go from one thing to another; it’s just what we do. Once we realize we get to choose, we get to make different decisions. But we need direction, we need focus if we want to attain certain goals. I once had an acting teacher say, you can’t even get home if you don’t know where you’re going. This book helps you put your direction on paper.

One of my clients is an attorney who was working for a big firm in New York in the Twin Towers on Sept. 11. That reordered her priorities, but she was still working 70 hours a week and had no time. She needed help realizing what was important, because she was working so hard she almost forgot to look.

So through this process she discovered she wanted to spend more time with her husband and have time for her creativity. She wanted to keep working in the legal field, but she decided to take a job that paid her less money and gave her more time to do things she really likes. So she’s infinitely less stressed and so much happier.

The money time trade-off has been totally worth it. That seems counterintuitive to so many people—you’re supposed to want to make more and more money—but what’s the point if you’re doing something that’s sucking you dry? 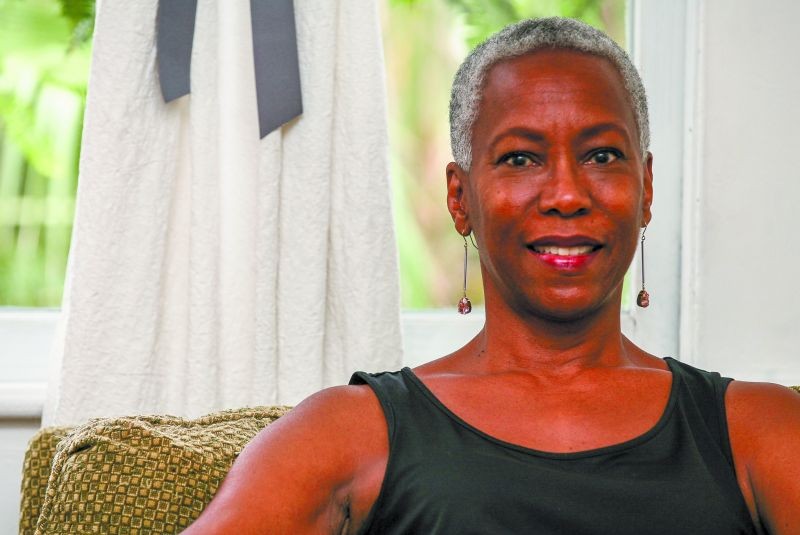 How did you go from acting and politics to life coaching?

I was always the person that people came to when they had an issue, from the time I was a little kid. So it felt very natural to me, and a big part of acting is paying really close attention to people and responding to what you hear and see.

I started acting in high school, then after college I had a job with Children’s Television Workshop, and then I lived in an ashram in upstate New York. When I came back to the city I was making a lot of money doing commercials and such, but I was bored out of my mind.

It was 1992 and I volunteered for Bill Clinton’s campaign, then hooked up with the people doing the Democratic National Convention. I wound up on the convention floor about 75 feet from the stage when Clinton and Gore accepted the nomination.

But I got burnt out. The opportunity came up to get trained as a life coach about six years ago, and I thought, why not? It brought all of the things I love to do together—communications, creativity and helping people.

What was the epiphany that brought you to Savannah?

I was getting divorced and it didn’t snow here [laughs]. I'd been here a long time ago, and I remembered thinking that if I ever left the Northeast, this is where I'd come. My mom was sick, my marriage was not working and one day I went, "This is your life, you can't keep doing this, you need to live the way you tell your clients to live."

What can people expect from the workshop?

It's going to be fun! There's this thing that happens when people start looking at their lives as something that they actually can take control of in certain ways. It's very exciting. People reconnect with dreams they had when they were little kids. One of my fantasies as a child was that I was going to be a detective. I feel like I get to live that way—I get to explore and follow the clues with people.

It’s important to keep track of what we want, where we are and where we’re going so that we can overcome the obstacles. And if we stumble off the path or have trouble motivating ourselves it doesn’t mean we’re failures—we can always just retrace our steps.

I can get off track too—hey, I like Netflix as much as the next person!—but I always go back to the plan.

The Playbook Mini Workshop and Booksigning