Baggott has published over 20 books, including “Harriet Wolf’s Seventh Book of Wonders” and “Pure,” which both were New York Times Notable Books of the Year.

We spoke with Baggott last week.

What are you inspired by in your writing?

I think that at this point, my brain is pretty agile. I go through my day and I’m always kind of collecting whatever I’m working on, even if that is post-apocalyptic dystopian thriller. It’s strange how much of my life is in that work.

I would say that being a collector of pieces of dialogue and images and “what-if’ing.” What if this? What if that? I’m kind of living doubly. I’m living my own life as Julianna Baggott but I’m also living as always in search of something that’s different that strikes me.

I write a lot of non-fiction too, for the New York Times and the Boston Globe. That’s kind of a different instinct. That’s when I have something to say that’s personal or political.

How often do you write non-fiction?

It’s really whenever I want to. I’m not a columnist anywhere. But right now, in the next couple days, I have an audio series coming out that is all about efficient creativity. I publish so much and have four kids and professorial gigs. A lot of times, people ask me, “How do you do it?”

I’ve given a talk at a hedge fund in New York City on efficient creativity. I’ve created a six-week course for faculty across disciplines and I just put it all together into one six-week audio series. That kind of thing, I enjoy doing. 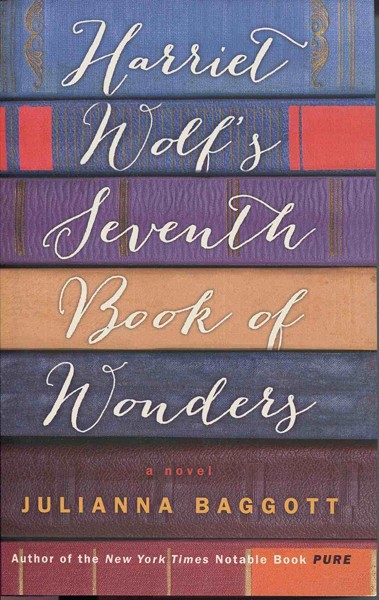 To me, if something happens and the first thing is what’s most interesting about what’s happened is that it is true, if a person says, “That really happened?” That should be an essay. There are other things about something that happens, and maybe it needs to be tucked into a novel or part of a story or something else.

What will you discuss at your reading?

I’ll talk about creativity, and how everybody has a process and how you need to challenge that process if you want to get stronger.

What advice do you have for writers who are just starting out?

No matter how old you are, you really have an incredible amount of material. There’s a quote by Oliver Wendell Holmes—“Memory is a net.” The forgetting aspect is an editorial function of the brain. What’s left is stuff that holds psychological resonance for you, but also if you for you, then for others, too. So, first of all, recognize that you probably don’t have to make stuff up from nothing. You really have an incredibly rich resource, which is your own memory.