Local rockers will be the first in an AURA experiment

THE metal scene has come in waves in Savannah, with perhaps its biggest surge happening in the mid 00’s because of the popularity of bands like Baroness and Kylesa. Recently, that scene has been starting to see a bit of a resurgence—thanks in no small part to Tim Walls and his AURA Fest shows.

Because of AURA Fest, bands like Vacant Flesh have been given a platform and have themselves begun to play a role in revitalizing that scene. That’s what made it all the more disappointing when everything came to a halt due to COVID-19—AURA Fest shows were planned at the Sentient Bean, and Vacant Flesh was right in the middle of recording their first full length release. 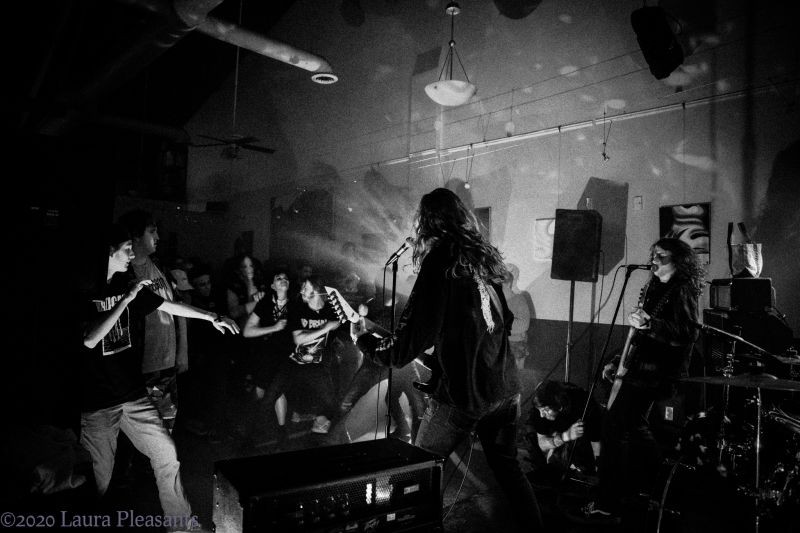 “When the whole thing first started, we didn’t really get to jam and meet up for about a month and a half,” vocalist and guitarist Aiden tells Connect. “It halted the recording process for the full-length we’ve been working on. We were put at a halt really unexpectedly. We were really disappointed for a bit, but we’ve worked things out and are taking things as they come.”

When things stopped, the band had just completed drums for the album and they were about to start working on guitars.

“That was a huge blow,” Aiden says. “I think we have to wait until August to pick that back up again.”

Having some time away from the process, Aiden says, has given them perspective on the songs. For the most part, the band feels confident in what they’ve worked up and haven’t felt the need to majorly change anything they’ve started on the album.

“There have been times where we’ve changed little things in some of the first songs we wrote, when we were just starting to write music. We’ve come farther than our abilities were in terms of writing music,” he says. “In that way, that’s been something that’s been cool for us because we can look back and make adjustments.”

Going forward, Aiden says the band’s plan is to finish the album and then see where things are at in terms of being able to play shows and promote their product. It’s something a lot of artists have struggled with, and has led to a lot of postponed album releases. With so much uncertainty, Vacant Flesh plans to just keep pushing ahead.

“We definitely want to get started with recording again as soon as we can, and hopefully by that time we’ll be able to play real shows and promote the album that way,” he says.

The upcoming AURA Fest live stream show from the Sentient Bean, which is taking place on Sat., June 6 at 8 P.M., will be the band’s first performance in quite some time. Aiden says he’s appreciative of Walls’ efforts to keep the scene thriving and continue doing the work he’s been doing to bring rock and metal to Savannah on a regular basis.

“It’s been really cool to see, just in the last year, how many little bands have popped up in Savannah. Ever since AURA Fest started doing shows more, it seems like there’ve been more bands happening because there are more opportunities,” he says.