Ulysses Davis: A life in art

ULYSSES DAVIS is one of the most noteworthy artists Savannah has produced. His extraordinary wood carvings are the product of an extraordinary life.

Davis was born in 1913 in Fitzgerald, Ga. at the height of Jim Crow. As a young man, he worked for the railroad. After being laid off, he moved his family to Savannah, where he opened up a popular barber shop at Bull and 45th Street, which he adorned with his stunningly imaginative and skillful woodcarvings.

Davis, who died in 1990, combined an innate artistic vision with remarkable woodworking skills to create a form of vernacular folk art that has rarely been matched. 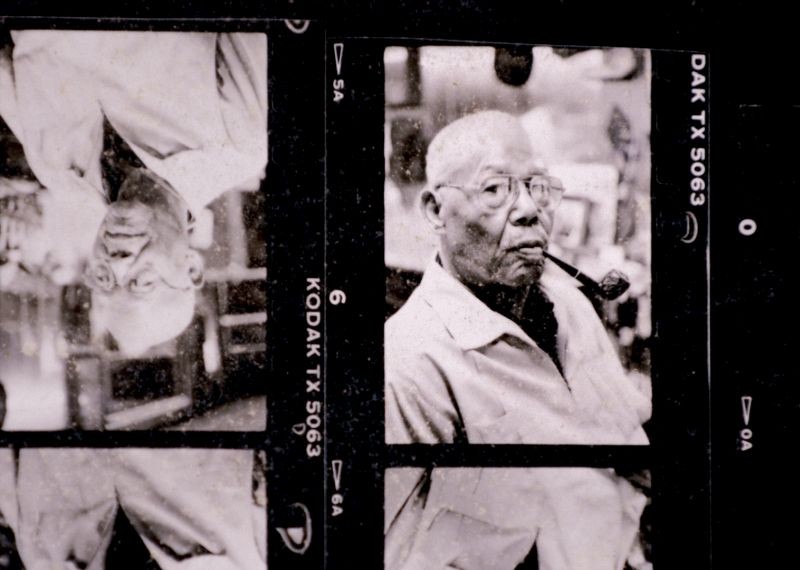 You can see examples of his work downtown at the Beach Institute — an intriguing mix of busts of U.S. presidents, whimsical figures, and African mythological references.

The Vision of Ulysses Davis, a short documentary about Davis’s life and work, will screen at the SCAD Savannah Film Festival. We spoke to director of photography Steven Gray.

For those unfamiliar with Ulysses Davis, why is he such an important artist?

Gray: Ulysses Davis is nothing less than one of the premier artists of the American South in the 20th Century. He was a savant in terms of the way he approached wood and woodworking, the way he constructed ideas in shape and form.

In addition to having this extraordinary subject matter – everything from fantastical creatures to U.S. presidents , he was notable for being a master craftsman in terms of the tools he used. He made most of them himself, using expertise he gained from his years working for the railroad.

Drawing on his railroad background, he became familiar with woodworking and gained a whole set of skills that he would use later.

Davis is often viewed as a folk artist, but it seems like his sculptural skills make him the equal of many classically trained artists.

Well, there are a lot of different ways to interpret vernacular art. What sets Davis apart is his sheer brilliance in form and the ability to execute really complex ideas. And his sheer skill with wood!

But yes, he is an outsider artist in that his practice existed outside the main discourse of art history and outside of the Western canon. 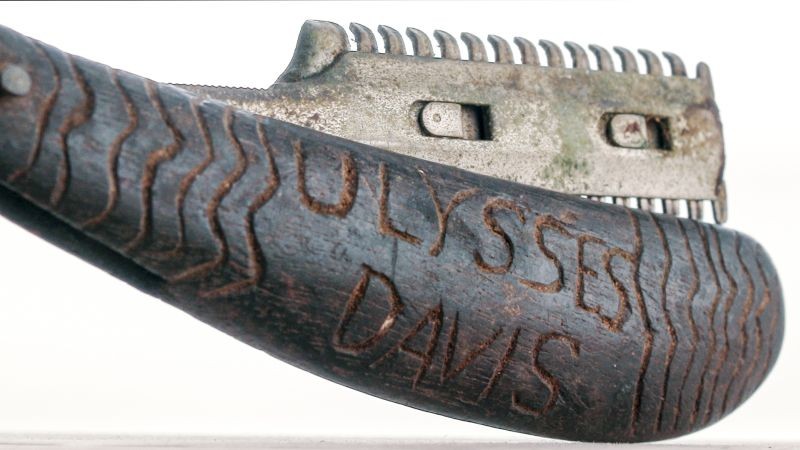 How was this film originally inspired?

My mom, Susan Gray, was volunteering at the Beach Institute. I’d gone to the Beach several times and noticed the Davis collection. It’s an extrarordinarily culturally valuable and dynamic body of work

I tried to do more research, and found The Treasure of Ulysses Davis by Susan Mitchell Crawley, usually considered the ultimate book on Mr. Davis and his work.

I decided it would be a fun opportunity to make a short documentary to feature his work, and also be available to the Beach Institute itself. After the Film Festival, we’re giving it to the Beach to put it up as a resource for everyone who visits.

What was the rationale behind making this a short as opposed to a full-length documentary?

Our intended audience is people going to Savannah and to the Beach Institute. We want them to be able to see this film, ideally before they view the exhibit. So we didn't want it to be longer than ten minutes. The documentary can provide important historical and cultural background before they engage with those works.

We had about four or five carvings that in particular we wanted to emphasize. We wanted to provide a framework for the audience to engage with the collection on their own terms. We’re not super heavy in telling the audience how to think or feel.

How did you physically go about shooting this film? Especially Davis’s art itself?

We took the classic approach. The majority was shot at the Beach. We shot all the carvings there, and didn’t move any offsite. The Beach Institute was such a pleasure to work with, and everyone was so helpful.

As for the interviews, we did a few at the Beach and others on location.

Who did you interview?

Susan Mitchell Crawley is the expert who put together the most prominent retrospective on Davis’s work, and literally wrote the book about him. She really anchors the film in terms of approaching the material.

We interviewed Vaughnette Goode-Walker — she really added a lot especially in terms of the Savannah context.

We talked to Richard Law, a local painter and a barber, who as a child had gone to the same barbershop Mr. Davis worked in, and who was inspired to follow in his footsteps.

We talked to Milton Davis, his eldest son. That was a really important conversation for the film.

The Vision of Ulysses Davis