Two decades of Murder By Death

IF YOU'RE not familiar with Murder By Death, there’s an excellent Vice article from 2016 that wonderfully expands on their discography and provides guidance through their catalog for people just like you. What’s so great about this band is that they’ve built a career that has not just endured but thrived since 2000. They’ve done it organically, slowly, and on their own terms, and they’re continuing to push musical boundaries in the process.

It’s not easy to pin the band down stylistically—they’re perhaps most generally an Americana band, but they often veer into much more imaginative (and darker) territory.

As singer and bandleader Adam Turla tells Connect, that no holds barred musical attitude has found them in the frustrating place of being misunderstood in the industry. But it’s also afforded them the opportunity to not be tied down or held back—something that has paid off for them in spades.

The Bloomington, Indiana-based band is currently doing some end-of-year touring before heading out on their 20th anniversary run early next year, and they’re coming back to one of their favorite clubs, The Jinx, on Fri., Dec. 27. We chatted with Turla ahead of the band’s arrival in town. 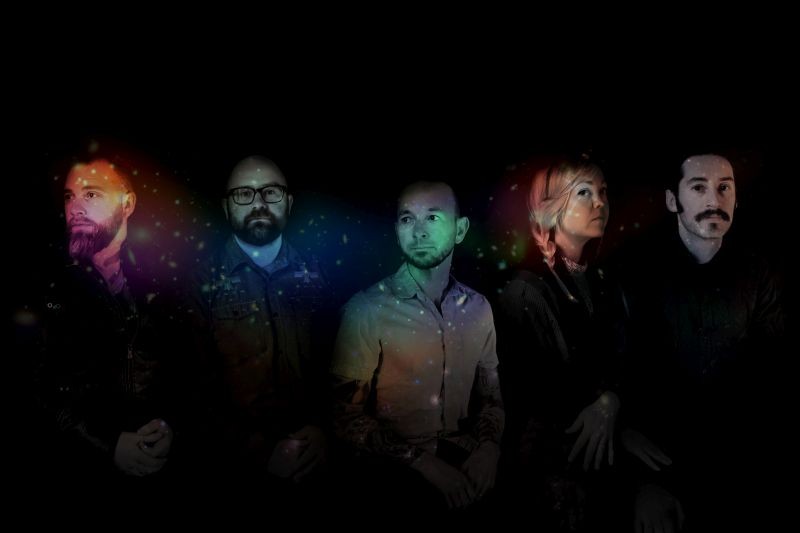 What were the circumstances that led to this band getting together? Was there a scene in Bloomington that nurtured musicians?

Our experience I think is so different than a lot of bands’ experiences today. We basically all moved from different places to Bloomington to go to college, and immediately I met some musicians and we started playing together. It’s crazy that the very first project we started became what it is. Now we’re going on our 20th anniversary tour.

At the time, there was a scene—there used to be a little festival of indie and punk bands called Bloomington Fest. I was an avid showgoer. I think that when I set out to start a band that was in that genre, I really never thought there was a chance for success because every show I would go to was so small. I did not think that there was potential for a wider audience, so for me it’s crazy to look back.

I remember the moment many years ago when I realized that we’re not a big band, but we’re bigger than any of those bands were when I saw them.

What was that moment?

So many of the shows I saw, I’m thinking about Modest Mouse and how I saw them play to 100 people. The limit seemed very attainable. But then indie music suddenly got noticed, and started getting covered. When I was young, the only way you ever heard of these bands was if you got their mail order or found them through zines. Even though we’re one of those bands who’ve never had a moment where we’ve really blown up, we’ve actually had a career that has slowly grown every year for 20 years. It’s crazy. It’s a weird and rare trajectory. It’s interesting because it allows you to have traditions.

Even with The Jinx, that’s the smallest club in the country that we play. But it sells out easily every time, and they do a great job. I’ve known those people for a long time, so it’s nice to be able to fit it in on a tour and it’s not a big deal. It’s not like when Prince would go do a bar show. For us it’s like, “Yeah, put it on the calendar.” It’ll be a great way to get back into things with just a fun and intimate show.

Seems like that gradual and organic growth has given you the chance to basically do what you want on your own terms and have creative freedom. Do you feel that way, especially today?

Yeah. We’re probably the most hands on band I know in terms of directing our career and just handling shit. I even create the routing for these tours. The more the band can be involved, the more it will benefit the audience and the band.

The weird thing is, [that freedom] was definitely not by choice, originally. Being such a strange band with this weird, dark name, that has limited our opportunities over the years. I remember when we were first trying to get a bigger record deal in 2005 and negotiating with people.

There were all of these labels courting us, but so many of them were turned off by the name. Or they thought our music was too dark. Even just reviews, people didn’t get that we’re trying to be different.

To us, being different is a good thing. Some people just haven’t jumped on board because it’s not easy.

It’s made us have to be more hands on, which is the weirdest gift. I really do think that all of the things that have worked out best for us came from us having to figure it out on our own.

Murder By Death @The Jinx