Tide to Town: An urban trail system for all of Savannah

WHEN visitors or newly arrived residents request copies of Bike Walk Savannah’s Bike SAV map, they usually ask the same question: "Does this show where all the trails are located in Savannah?"

Most are incredulous when they learn we don’t have much of anything to include on the map, at least not the kind of trails they have in mind.

Communities all over Georgia and the nation have invested in multiuse trails, greenways, and paths — and are enjoying numerous benefits. Savannah has been left behind, but a new nonprofit founded late last year is aiming to change that by advancing a trail network concept called “Tide to Town.” 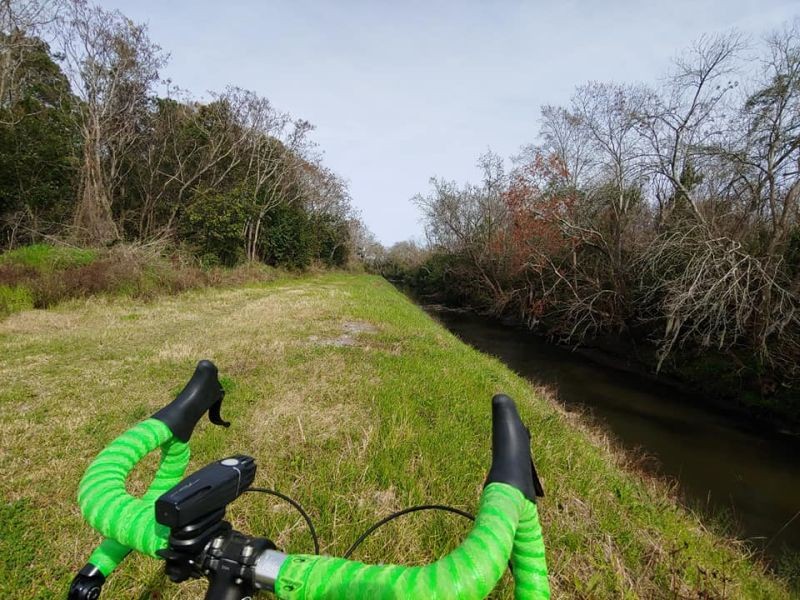 This “urban trail system” is envisioned as a protected network of walking and bicycling trails connecting all of Savannah’s neighborhoods, from the heart of the city to marshes and tidal creeks. Tide to Town uses existing public rights-of-way, including canal banks, to dramatically reduce land acquisition costs.

“Tide to Town will offer a unique perspective along our canal system, something many communities simply don’t have,” said Denise Grabowski, an urban planner and a member of the Friends of Tide to Town board of directors.

“It is a chance to experience nature in the city, which is so very important for our mental, physical, and physiological health. Our canals are utilitarian for drainage, but they are also beautiful. We have the right-of-way available now, which is typically such a huge barrier.”

Disclosure: I also serve on the Friends of Tide to Town board of directors.

While multiuse trails are often viewed as recreational amenities, the Tide to Town network will also serve a critical transportation function, according to Brent Buice, South Carolina and Georgia Coordinator for the East Coast Greenway Alliance and chair of the Friends of Tide to Town board.

“I am most excited about the safety and access benefits. Savannah’s infrastructure for getting around safely without a car is far behind even current levels of walking and biking, and we have the potential to be the friendliest city for going places by foot and by bike,” he said, also noting “health, and economic development” as additional benefits of the trail network.

Local demand for multiuse trails is well documented. Trails and bike facilities were ranked as the most desired improvement throughout the county by respondents to the 2018 Chatham County Parks and Recreation Survey.

Also last year, The Coastal Region Metropolitan Planning Organization’s Mobility 2045 Transportation Plan Survey found that of all transportation projects, walking and biking facilitates were second in priority only to maintenance of streets and roads.

In 2017, during meetings held to solicit citizen input on the City of Savannah’s strategic plan, residents in every aldermanic district lamented the lack of safe places to walk and ride bikes. As a result, the strategic plan includes this target: By 2023, 75 percent of neighborhoods will be connected to walking and biking infrastructure.

Tide to Town is a beneficiary of the Racial and Ethnic Approaches to Community Health grant recently awarded by the U.S. Centers for Disease Control to the YMCA of Coastal Georgia and Healthy Savannah. The funding will be used for education, outreach, and technical development for Tide to Town over the next five years. Healthy Savannah’s Paula Kreissler is also a Friends of Tide to Town board member and stressed that the outreach efforts will be inclusive.

“We need to engage the community near the proposed trails and get their insight on what will ensure that all residents across the socio-economic spectrum have access including kids walking or biking to school and play, folks getting to work, shop, worship etc. We also need to ensure that we do not displace current residents as the trail becomes a reality,” she said.

Accessibility is also a top priority for Buice.

“The trail must be protected and connected so that it serves people of all ages and abilities. Special attention must be paid to designing low stress places where the trail crosses streets, and we should make sure that key amenities are part of the planning: benches, water fountains, shade, and bike racks near businesses and other services,” he said.

Tide to Town was included in early versions of the City of Savannah’s proposed list of projects to be funded by the Special Purpose Local Option Sales Tax, pending approval of SPLOST by voters. However, it has since been removed from the list.

Because the list has not been finalized, Buice urged residents to, “contact elected officials and let them know you care about this project and want it completed sooner than later.”

Grabowski agreed. “Let your elected officials know! It’s been said that this is an ‘infrastructure SPLOST.’ The Tide to Town system is not just a nice-to-have amenity, it is an essential component of our transportation infrastructure,” she said.

“Make your voice heard not only with your elected officials, but also across social media, letters to the editor, at work, and with members of organizations you participate in,” she said.

More information is available on the Friends of Tide to Town website (https://tidetotown.org) and Facebook page (https://www.facebook.com/TideToTown)