The Silver Machine is still in motion

THE SILVER MACHINE is only a bit more than five years old as a band, and is only now releasing their first album. But they’re a firm part of Savannah music history.

The all-woman band is notable not only for its lush art/pagan rock — futuristic and tribal and timeless all at once — but for its pedigree including the late, great Robyn Reeder.

Reeder, once the band’s drummer and main inspiration, passed away in 2015 after a long battle with cancer. As former owner of Primary Arts Supply and member of several local bands, Reeder was a key member and spiritual leader of Savannah’s broader cultural community.

The Silver Machine synth player Traci Cox says Reeder’s spirit very much lives on in their debut record, Standing On The Bare Ground, on the Alternative Tentacles label. 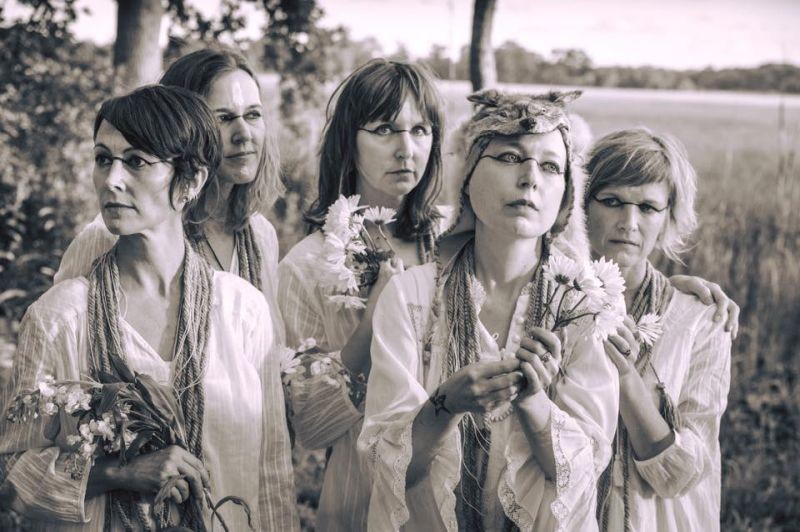 “The band originated around Robyn’s drums. Her love for the drums, along with her fearless spirit, galvanized us then and continues to do so now,” Tracy says.

“The Silver Machine is still in motion and Robyn’s imprint is all over it.”

Silver Machine celebrates the release of Standing On The Bare Ground this Saturday with a party and show at El-Rocko Lounge.

“Robyn would enjoy everything about this album, but perhaps most of all the publicity and the celebration,” muses Tracy.

About 90 percent of the album was recorded at Elevated Basement Studio in Savannah, with Kevin Rose as engineer.

Tracy recorded a few more synth parts in Athens, Ga., with Andy Baker, who mixed the record at his Taiwan studio.

“We had the luxury of spending plenty of time in the studio, so everyone got to work on their sounds for each separate song,” says Danielle Hughes Rose, Silver Machine theremin player.

“There’s some ‘studio magic’ — like backwards playback and a chorus of young girls — in the mix as well... things that are possible for a record but not a live show,” Danielle says.

As for the nine songs on the album themselves, she says, “A few of the tracks are Robyn’s adaptations of shamanic ceremonial songs, and the others are written by Tracy with everyone collaborating on their individual parts.”

Each record comes with a download code, “and just for this special event, each record purchase will also include a bonus souvenir of the magical sort,” the band says.