The return of The Piano Men

Bobby Hamilton has been staging his show The Piano Men, alongside notable piano players Sterlin Colvin and Kenny Munshaw, for a while now - playing a variety of piano-centric songs spanning generations and genres. It's a unique show that also features uniquely talented vocalists and a world-class backing band, and this year is set to be full of new and exciting songs and musical pieces.

Ahead of the show’s opening night performance on March 20, which will be followed by several months of performances running through May and then again in September, we spoke to Hamilton about what to expect from the talented cast and performers. 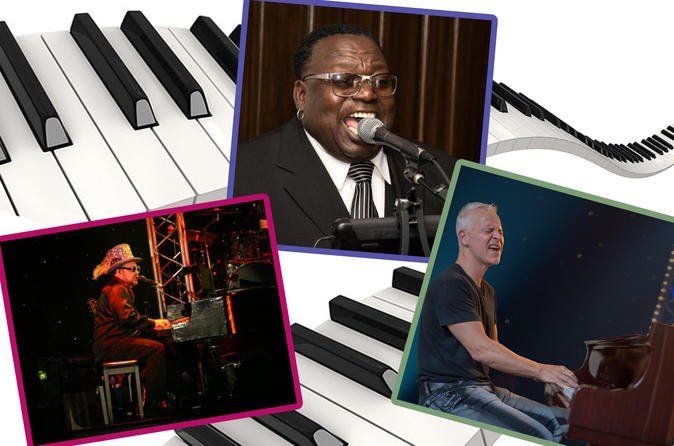 Where did the idea for this show come from, and what’s the premise behind it for those who haven’t seen it?

Hamilton: I was doing a Cirque Du Soleil show in Las Vegas at the Aria Hotel, and Mike Meece from the Savannah Theatre called with an idea to a Piano Men show that would feature three pianists. He wanted something that was unique and theatrical but still intimate. He called me, and I was excited to work with him again. He told me a little bit about the other guys in the show, and how they brought different strengths to the production.

Sterlin is from D.C. and has a jazz and blues background, and my strength was pop/country with some theatrical background. Kenny Munshaw is from Canada, and he has pop/rock influences but comes from a writer’s background. Everybody’s approaching it from different angles but we all come together. As soon as I met these guys, I was blown away by how nice they were. Nobody had a chip on their shoulder.

That really translated to our performance. We respect and care about each other, and we have a lot of fun.

Having come from different backgrounds musically, how do you go about picking songs and putting the whole thing into the final format?

There’s so many great piano men and women. Throughout history, there’ve been people like Nat King Cole, people like Floyd Cramer and Ronnie Milsap, and people like Stevie Wonder and Elton John. You start picking out piano men and you think, “Wow, there’s a wealth of material that’s really diverse.”

So you start weaving it into the show, and mixing it with the personalities of the audiences. People have a love for the things that they grew up with as well as the music that’s current. But they associate with the piano men as much as the piano songs. So instead of just throwing songs at people, we try to give them the personality of the artist as well to have that experience all in one show.

Do you have a favorite song that’s sort of your musical realm in the show? Something you’ve come to really enjoy that you weren’t expecting to?

I’ll tell you what - this isn’t different for me, but it is in this show. A chance to do “Rocket Man” by Elton John is really a unique experience. I don’t really ever do it the same, and it feels very free when I get to do that song. But I also enjoy some stuff that I didn’t do a lot of previously, including the jazz stuff that Sterlin does.

Is this a show that you could see yourself doing for a while? I’d imagine it’s something that could easily evolve since there’s such a wealth of music that’s doable for a show like this.

Absolutely. There’s only a limited amount of time in this show. You think two hours is long, but when you’re doing that many great artists you just hit the tip of the iceberg. It keeps evolving and that’s what we want it to do.

The Piano Men @ The Savannah Theatre

Tickets and times available at savannahtheatre.com