The Minks light a fuse with garage and blues

Nashville’s The Minks is led by Nikki Barber, a songwriter and guitarist whose style is reminiscent of both traditional blues music and the early days of garage rock like The Sonics and The Stooges. Barber has, however, made it uniquely her own and not just derivative throwback music, as has been the trend in the industry over the past couple of years. Her songs are raw, energetic, sonically inviting, and powerful, and that has made The Minks a band that rock fans should seriously keep an eye on.

Barber started the band three years ago, out of a desire to continue creating upon moving to Nashville. 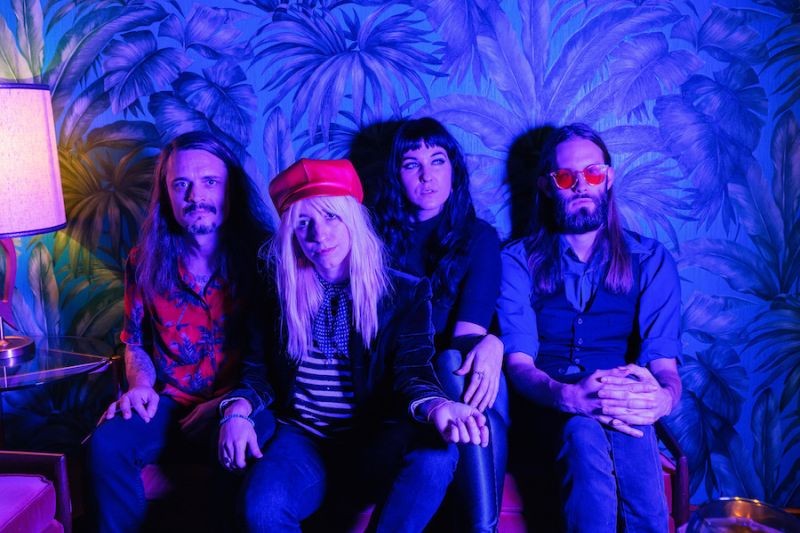 “I’d had a band kind of fall apart, so I wasn’t really doing too much,” Barber tells Connect ahead of The Minks’ show at El Rocko Lounge on Sat., August 31, where they’ll play alongside critically-acclaimed Charleston band She Returns From War and Savannah’s own Dustin Price.

“My friend called me up and said, ‘We’re booking a show in Nashville. Does your band want to play?’ I said, ‘Yeah, totally!’ When I hung up I was like, ‘Shit, I guess I have to find a band.’”

Barber and some friends played that show under the name The Minks, and it continued on from there. Three years later, she’s released several singles and an EP.

“I love rock and roll. It’s fun to get to be in a band where I create that,” she says.

The biggest musical influences that make up The Minks’ DNA, Barber says, are bands like The Velvet Underground, The Sonics, and the Patti Smith Group.

“Someone said we sound like a Southern Velvet Underground once, which is like the coolest thing ever,” she says. “Bands like The Sonics, I’ve been listening to since high school. I think they’ve always kind of influenced me here and there. Even Hank Williams—we have a little country twang to us, too.”

Barber says it took some time to figure out what the band’s sound was, especially considering the revolving lineup behind her over the years.

“It’s been a bit of a rock and roll circus since I started. The cast of characters is always changing here and there,” she explains. “When we did our first recordings, that was when I was like, ‘Oh, this is what it sounds like.’ Just having songs actually recorded and being able to hear it back, it really felt like, ‘Yeah, this is what it sounds like.’ But it’s ever-changing.”

Typically, the songs are worked out at live shows before Barber and company head into the studio to record—allowing for some spontaneous moments to happen once they’re in production mode.

“You can’t plan it out too much, I think, because things just change form and shape as you’re doing it,” she says, adding that studio collaborator and sometimes bandmate Joe Bisirri plays a big role in helping mold the songs.

“I think having him be behind the whole thing really helps, because he knows the vision of the band. That makes it fun, because we can play around a bit. We’re not tip-toeing around each other.”

When the band lands in Savannah, they’ll be just about ready to release their first full-length album, Light and Sweet, on Nashville’s Cafe Rooster Records. Barber says she’s excited to start the album cycle and play some of the new material on the road.

“I feel like we’re figuring out what sound we are a little bit more,” she says of the new album.

“I hate to say that we’re “cosmic country,” because it all gets transferred weirdly, but we do have a little bit of a twang and a lot of rock and roll. So I think it’s been fun to see that progress, and throw in a little bit of psychedelic with it too. It’s really fun. It’s not like we have a different sound, it’s that I feel like we finally have our sound recorded. Which is a really exciting thing.”