The dark comedy of Bright Ideas

Eric Coble’s Bright Ideas isn't like other plays. Right off the bat, when you get the elevator pitch, you know you're in for something special. The show revolves around two parents who go to extreme lengths to get their child in the most prestigious preschool, and the dinner party where it all goes down.

Directed by senior theater major Elijah Sanford, the show is running for one weekend only at Georgia Southern University’s Armstrong Campus, and promises to be unlike anything you’ll see in a black box theater environment. Ahead of opening night on Thurs., Feb. 21, we spoke to Sanford about his involvement in the show and the experience of putting it on. 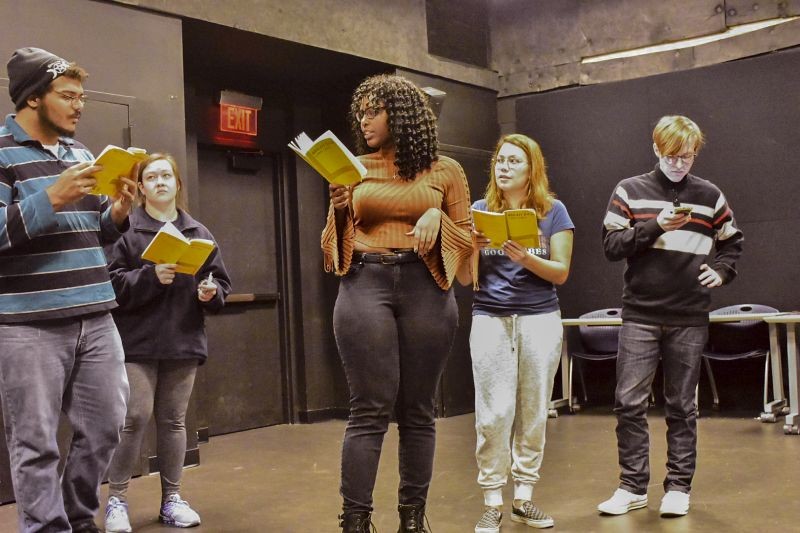 For anyone who isn’t familiar, what is this play about?

It’s a very dark comedy about this couple, Josh and Genevera, who are trying to get their son into a very highfalutin preschool. They end up finding out that even though they put their name on the waiting list the moment their son was born, they probably won’t be getting in. So they’ve got to figure out a different way, and they end up murdering one of her co-workers who is higher on the list than they are.

That’s basically the first act, and the second act is showing the downfall when you murder someone [laugh]. Genevera starts going crazy, and Josh becomes a drunk. It’s a dark comedy with quite a bit more comedic elements than you’d expect.

So what made you get involved in this show?

Well, the show had been picked before I found out I was directing. I was one of very few people in our department that could direct a show as a student, because we have to have a directing class. So it just sort of got pushed on to me, but I’ve come to love this show. It’s been one heck of a ride so far. It’s a very fun show and I’m genuinely surprised as to how it’s worked out so far. It was chosen by one of the professors in our department, and I don’t know how she found out about it. It seems like a hidden gem in a vast array of plays.

It’s been around for quite some time, it seems - at least 15 years or so.

Yeah. My directing style is trying to [tune] out everything that’s happened before with this play and make it my own.

I was going to ask about that! Taking the approach of blocking out other versions, do you read the play and have a vision in your mind of how you want to approach it? How does that process work for you?

From the first time you read it, you want to go through and find places where you could make something interesting happen. There are a ton of different scenes where as I was reading it, I was imagining what people could be doing to make it flow.

When you get the script it’s just words on a page. There are stage directions that the writer recommends, but I think most of those stage directions are a little more risque than I was comfortable blocking. So I changed it up to keep the same feel, but my directing style is interesting in that I read everything and tried to write out blocking but everything has changed since then.

The plot is interesting because they take it to this really dark place, but it probably could be seen as a statement on how a lot of people are. I don’t think it’s a total stretch when you consider how a lot of parents approach getting their children into top-tier schools and doing whatever it takes.

Oh definitely, yeah. The way that it’s written, it’s very organic how they come up with an idea to murder someone. It’s an idea that pops in their head and they try to avoid it, but they’re talking about it so why not try it? That’s kind of how it reads in the script. I think it could be a comment on [the idea that] people think this way. Maybe not most people, or at least I would hope not.

In the show, one of the characters’ ex-husband’s parents paid for a huge aquatic room at the school. And that’s how she got her kid in. Josh and Genevera don’t have a lot of money, but they want the best for their kid so they’re trying everything they can.