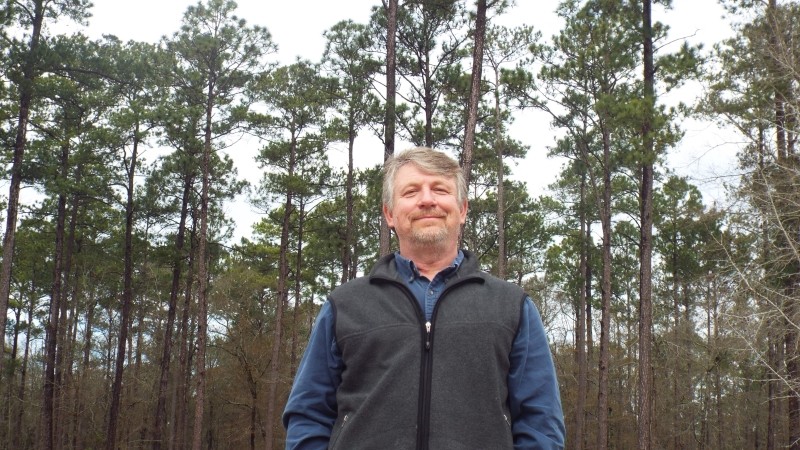 THE NEXT time you do a Google map, zoom out of Savannah and click the satellite image.

You’ll see a big green diamond just to our west. This heavily forested area stands out in stark relief to the agricultural lands around it.

You and I know this place as Ft. Stewart, the home of soldiers who train and deploy to combat zones worldwide. But Army wildlife biologist Larry Carlile also knows it as Ft. Stewart, one of the area’s largest havens for plants and animals.

“It is an island of habitat,” he says. “You have to drive for several miles in either direction to get to more longleaf wiregrass habitat like this.”

Carlile drove me down miles of mud-slicked dirt roads on a kind of four-wheel-drive safari into the post’s wilder side.

“The main purpose for this installation is to ensure that the Army can train its soldiers,” he says. “They need a lot of acreage in order to do that.”

But enormity itself doesn’t explain how the sounds of artillery shots mix with those of chirping birds to the benefit of both. Or to put it differently, how generals mix well with bird-watching types like Carlile. 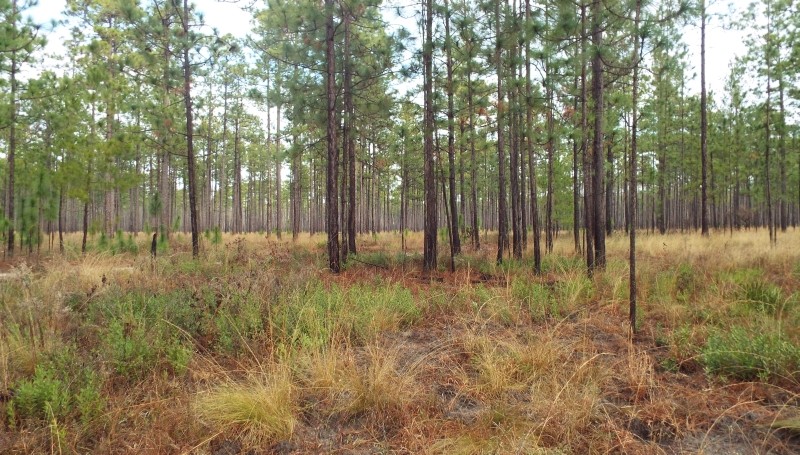 He took me to a forest where longleaf pines stretched as far as the eye could see.

“They used to have signs all around that prevented the Army from training where we’re standing right now,” Carlile says.

That’s because red-cockaded woodpeckers just love the fire-dependent longleaf world. And those woodpeckers are endangered.

So soldiers had to stay 200 feet away from their nests. Big cramp on training!

Over 15 years, the installation’s wildlife management team worked both to double the number of woodpecker groups and to remove the signs.

“Our reason for being is to manage the species so that the Army doesn’t have to worry about what they’re doing when they’re in the woods,” he says.

They burned the woods when it was best. They installed artificial woodpecker nests. And they proved to the US Fish and Wildlife Service that training didn’t harm the birds.

“It was no mystery how to improve conditions for the woodpecker,” Carlile says. “We just took the information that had been published and put it into practice.”

And the red-cockaded woodpecker is just one of dozens of rare, threatened or endangered species under Ft. Stewart’s care.

I myself would love to see a “frosted flatwoods salamander.”

“It looks like a piece of dark brown or black paper that’s had salt sprinkled over it,” he says. “It spends most of its life underground.”

The post currently is testing ponds for traces of the mercurial amphibian’s DNA. And I haven’t even mentioned the post’s 250 miles of rivers and streams.

But, you might ask, why are you telling me about all this when Ft. Stewart is off-limits? Because that misconception might stop you from making the short drive and enjoying the map’s green space for yourself.

While military and other activities do periodically close areas, you can buy permits for nature-watching, hunting, fishing or boating pretty much any day but Tuesday.

It’s the second-largest single public hunting and fishing entity in Georgia, second only to the Chattahoochee National Forest.

“I enjoy every time I come out,” Carlile says. “To catch a glimpse of those rare animals is quite a thrill.”