SULLIVAN'S Brewing Company has a long, storied history in Ireland, right alongside the most prestigious brewers to ever come out of my grandparents’ homeland. It dates back to 1702, and master brewer Ian Hamilton—who himself has a lengthy history brewing for a number of different companies—was tapped to relaunch the brand in 2016.

“It was kind of flourishing for 200 years or so,” Hamilton tells Connect. “The big story is how the brewery was lost. What happened was, the great-great-great-great grandson of the founder made a big bet on a horse race in France in 1918. The horse is still running, as far as anyone knows.”

At the time, in Kilkenny, Ireland—where Hamilton is from and where Sullivan’s is still headquartered—the other big brewery was Smithwick’s. That company bought the brewery and Sullivan’s was no more, until the 1940s. In the 80s, Hamilton started at Smithwick’s as a “baby brewer” where he’d make what’s known as floor malt—making malt by hand. 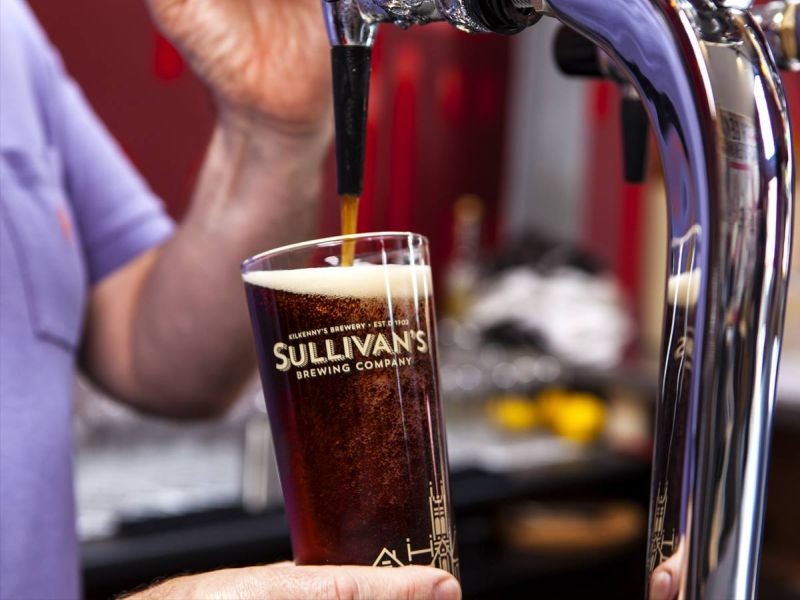 “That was in the Sullivan’s building,” he says.

Fast forward to 2016, and Hamilton—who was three decades into a career as a literal master brewer—was asked to join in on the relaunch of Sullivan’s, which was helmed by Smithwick’s. Now, nearly four years later, the brand is rolling out its ales and stouts in North America.

Savannah, thanks in part to its deep Irish roots, was sought out as the company’s first Southern market in the U.S.

“Michael loves Savannah, and has always been a bit of an ambassador for it. And then the Irish connection came in,” Hamilton says. “And we’re genuinely Irish. We come from a long line of brewing in Ireland.”

For the Savannah rollout of Sullivan’s, Meade and his team have partnered with Savannah Distribution to place the beer in bars, and eventually stores, throughout the city. What’s currently available on draft and bottled in various local pubs and bars is the Maltings Red Ale, the Irish Gold Ale, and the Black Marble Stout.

Hamilton takes care to note that what Sullivan’s does to brew the beer is much different than other breweries. Being a veteran in the industry means he has a certain affection for doing things a specific way. 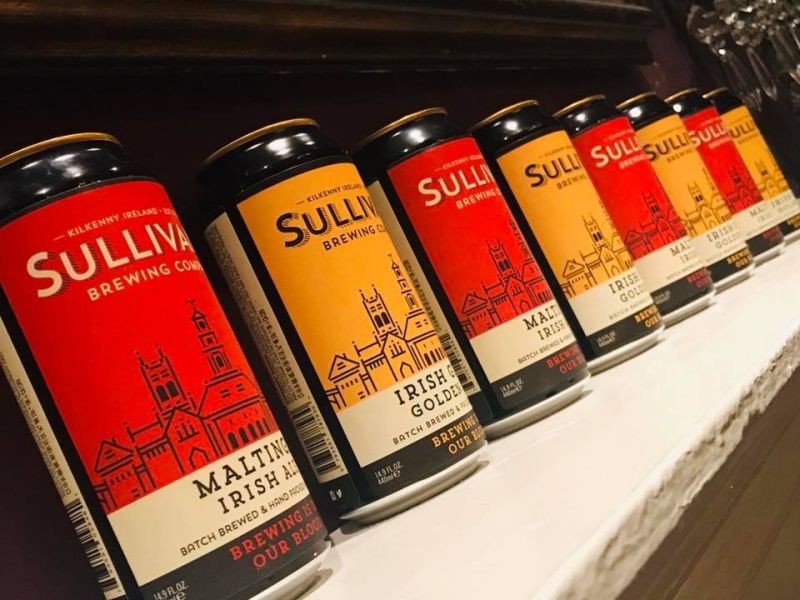 “Old style brewing was just kind of slower. The malt was produced more slowly. For example, it’s possible to do a mash in 20 minutes now because of the grain,” he explains.

“But when we mash, we give it a full hour. Many people would say we’re just wasting time, but to my mind it’s that we’re not assuming we can measure everything that’s going on. There’s a natural process. There’s a reason they took an hour [in the old days]. You get all sorts of advantages that big industries don’t think about.”

Another big difference in Sullivan’s brewing process is the boil. Whereas most breweries take 50 minutes to boil, Sullivan’s takes a full 90 minutes.

It’s also the “Kilkenny water,” Hamilton explains, that makes their beer so unique in flavor and brewing.

“The standard of Kilkenny water is why Kilkenny became celebrated, even in the middle ages, for its ale. It sits on a deep bed of limestone, and it’s cracked and folded geologically. So all of the water is really hard—full of calcium and magnesium—and that just so happens to be really good for brewing an ale,” he says.

Hamilton has managed to figure out a natural way to get the added components that exist in Kilkenny water wherever he brews, meaning he can bring that same effect anywhere in the world and apply it to the signature taste and flavors of Sullivan’s.

In 2016, following the brand’s revamp, the Maltings took home the International Brewing Awards’ coveted “Best Brew In the World” honor. The ceremony has been held regularly since the 1800s.

“There have been only four gold medals to Irish breweries in all of that time, and the Maltings won a gold medal in its first few weeks,” Hamilton says proudly.

With Sullivan’s making its way into Savannah pubs and bars, and hopefully into stores soon after, the brand is looking ahead to the future and eyeing a national expansion. For now, they’re doing it the old fashioned way and coming to markets where their careful, passionate dedication to brewing beer will be most appreciated.

It’s much appreciated here in Savannah, and Sullivan’s certainly lives up to that storied history.