Iron Maiden founder and bassist talks about the new band, the new tour, and the new album

AS founder/bassist/songwriter with the iconic British metal band Iron Maiden, Steve Harris has sold out stadiums for four decades.

From London to Rio, Moscow to Melbourne, the band has spanned the globe on numerous world tours, many of them with vocalist Bruce Dickinson in the cockpit of the band's own 747.

Now, one of rock 'n' roll's greatest road warriors is on a very different type of tour: A barnstorming club tour of the U.S. with his "other" band, British Lion.

What started as a side project quickly became an independent entity in its own right. British Lion hits Victory North in Savannah this Monday night as part of their first-ever tour of the U.S. 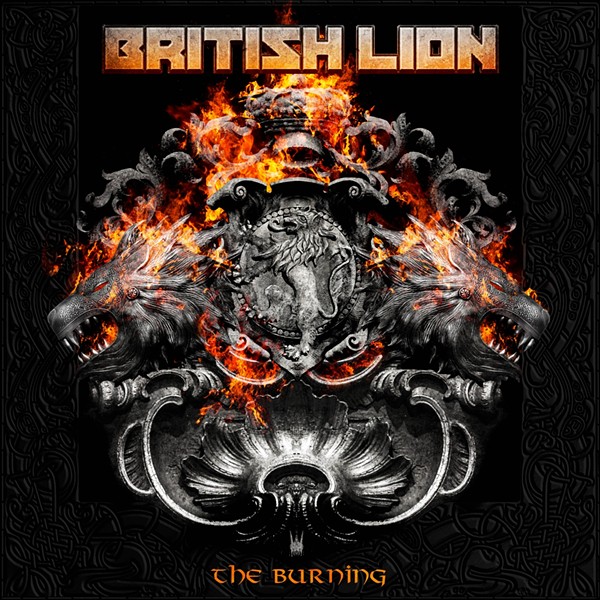 Their new album, The Burning, is a capable follow-up to the band's self-titled debut. While Harris's bass playing is as fierce as you'd expect, this is no Iron Maiden rehash, however — British Lion is a clearly different project.

The Victory North stop is one of only 18 the band is doing in the U.S. We spoke to Harris — colloquially known to longtime Maiden fans as simply "The Boss" — after a soundcheck for the Ft. Lauderdale show.

This British Lion tour is right in the middle of Iron Maiden's "Legacy of the Beast" world tour. Did you plan Legacy around the British Lion tour, or was it more a matter of filling in dates?

Steve Harris: To be honest, when we booked this tour it was before we knew there'd be a part three of the Legacy tour. We didn't necessarily mean for it to be so close to that tour. But it doesn't really matter. It keeps me fit, keeps me out on the road and busy (laughs).  It's good stuff all around.


Obviously, hardcore Maiden fans will come out to see British Lion because it's Steve Harris. But I'm curious if you're reaching a new group of fans here who maybe aren't even Maiden fans at all.

Harris: This is our first tour in the States, so definitely there's a curiosity factor going on. We saw a lot of that on our first tour, in the UK and Europe. But we've really picked up an audience in the States, on this tour. We're getting all kinds of people in, and the reaction's really been fantastic. It's actually way above even what I expected.


There were some clear Maiden echoes in the debut British Lion material, but this new album is clearly a next step, with its own sound. How much of that is intentional vs. organic?

Harris: It's more organic really, because this is the same lineup we've had for seven years now. We've done a lot of gigging together by this point, so it's a nice band unit we've got.


The first album has your bass way out front, with the vocals back. The new record is almost the reverse.

Harris: We recorded it that way, very live-sounding, and I think the album's more representative of how we are as a live act. I wouldn't mind recording a live album at some point, to really bring across how we really sound.


The set list on this tour seems to be a good mix of both albums.


This is a far cry from an Iron Maiden stadium tour, with Bruce flying you around in the 747. What's it like being back on a tour bus?

Harris: I've never had a problem being on the bus. It's not a chore for me — I quite like it actually. Now, a couple of guys in Maiden maybe weren't too crazy about it (laughs). But for me it's never been a chore. And of course that's how Maiden got started, right? So there's nothing bad about it at all.


With Maiden, you famously have never written a conventional love song or breakup song. But there is a good amount of more personal lyrical material with British Lion.

Harris: The lyrics are very different. That's all Richard Taylor really. I guess he wears his heart on his sleeve a lot more than I do. I tend to disguise things with various stories, and history and what not. But he's a really powerful lyric writer and vocalist.


Did you intentionally change your bass sound, or your rig, from your typical Maiden sound for the British Lion material?

Harris: It was a bit different on the first album. On the second album it's more a natural thing, it returned to more of my sound with Maiden — essentially the same live sound.


Your sound is so iconic. I know how I'd describe it, but I'm curious how you would describe it.

Harris: A lot of top end. Almost a piano sound really, I've heard it described that way. A lot of that has to do with the strings, too.


Which is interesting, because you don't play with a pick, though it sounds like you do.

Harris: Well, I tend to keep my nails at a certain length, which gives a bit of slapping sound.


Given that Iron Maiden has been everywhere and done everything — are there any lessons from the British Lion experience that you can bring back to your work with Maiden?

Harris: The lesson is, it keeps you grounded. It really brings you back down to earth. When you're swanning around on a private jet, you sometimes have to pinch yourself. It really makes you appreciate what you have. I've been very, very lucky in my life.


Last week marked the 50th anniversary of heavy metal, with Black Sabbath's debut record coming out in February 1970. As another iconic name in heavy metal, how would you explain metal's continued popularity as all kinds of trends have come and gone?

Harris: Bands have always written great songs and toured really hard. And bands build a very loyal fanbase — not just Maiden, but all kinds of great bands out there.


You've got just a little bit of time between the end of this British Lion tour and hitting Australia with Maiden again. What are your plans for the downtime? I know you love to play soccer.

Harris: Actually I play more football — soccer, you call it — when I'm on tour than at home. We've just got a few weeks really, before we go on the road again. I'll be spending time with family, obviously. Maybe play a little tennis, and some football. There's a place in the Bahamas I like to play.


When Maiden began back in 1975, did you ever dream you would be this successful and still playing four decades later?

Harris: When you're young you don't really think about it. You just get out and play.