The popular event consistently sells out, says Melinda Allen, president of the DNA.

“When the tickets start to dwindle, you’ll get call after call,” she says.

“I got two this morning,” adds Carol Day, co-chair of the tour.

Day’s Jones Street home is on the tour this year, and her home is festive as they come. 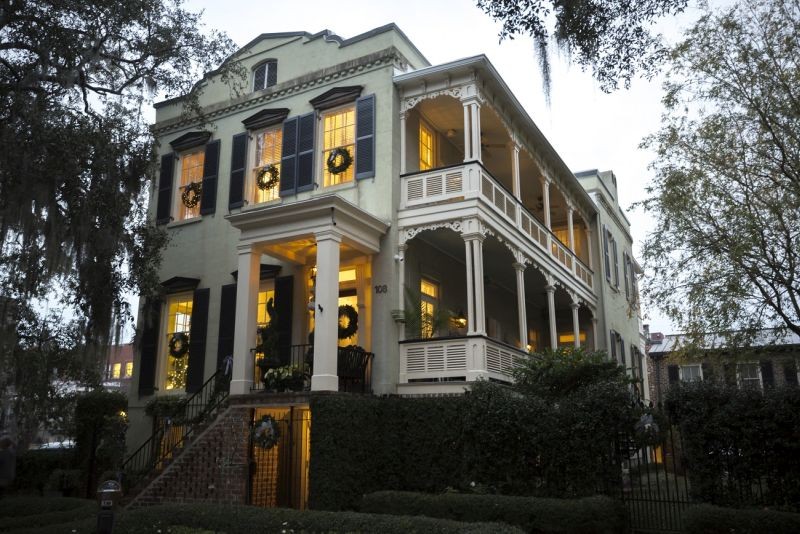 “I’m going to put up fresh greenery on the railing and I’ll set the table for the tour,” she says, “but I basically did what I normally do. I’ve been on the Christmas tour before and on other tours, but I typically decorate every other year. I don’t have to do this every year! It’s time-consuming, but I like doing it.”

Allen’s home has been on the tour previously as well.

“I added a little more to the mantels and did some fresh flowers on the table, and I set the table like dinner was being served, but other than that, it was pretty typical,” says Allen. “Most of the homes down here decorate pretty traditionally.”

The way the homes are selected varies each year, explains Joyce McDonald with the DNA Communications Staff. 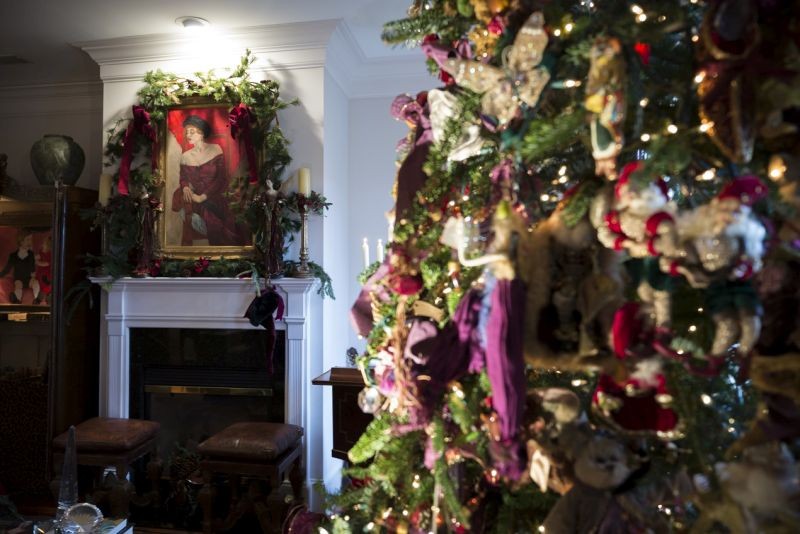 The homes along the tour rotate each year to keep it interesting for the guests, who often come annually.

“It’s important to have a variety of homes,” says Allen. “If you know you have one very contemporary home, then you want to make sure you have a good mix of some traditional and more comfortable homes. You also want to have a couple smaller homes.”

“I think that what’s unique about the tours is the houses all look very similar from the outside,” says Day. “We all have raised stoops and all that, but some houses are very contemporary inside with knocked-out walls and very open, and others are very traditional inside, so you don’t know what you’re going to get until you step through that door.”

“My favorite part of going into anyone else’s home is you honestly just do not know what you’re going to get,” shares Allen. “All the homes have been renovated at some point over the past 150 years or so, so it’s interesting to see what people have done and the creativity they’ve used.”

The guests are so interested by renovations that this year, the DNA has added a unique experience at one Abercorn Street home.

“The tour participants are going to be able to go in the house prior to the renovation,” says Allen, “and then next year they’ll be able to go back through and see it completed.”

“It’s a before-and-after progress shot,” says McDonald. “You’ll see the beautiful architecture even without paint, and so forth. That’s different for us—usually it’s fully furnished and renovated at the top of its splendor.”

“A lot of people aren’t aware that these houses have gone through so much renovation,” says Day. “This house used to be a telephone office for many years.” 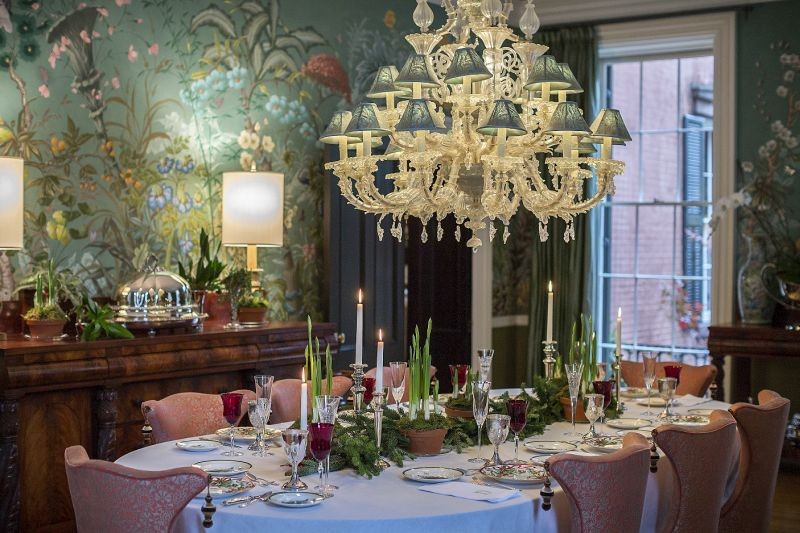 While bringing attention to beautiful homes in the downtown area, the DNA also brings attention to community charities and organizations that need our help. All the funds raised through the tour go back to the community through grants.

“Each year, we have a grant proposal,” says Allen. “A lot of groups, especially that we’ve never heard of, might be the ones that need funding the most, which has been the case in years past. One group that we’ve given a grant to a couple years in a row is Urban Hope.”

This year’s recipients run the community gamut from the Chatham Savannah Authority for the Homeless to the Savannah Children’s Choir to WRUU Community Radio and reflect the interest the DNA has in enhancing the quality in their Historic Landmark District.

“Youth development is a big priority for us as far as grants are concerned,” says Allen, “as well as humanitarian causes and public safety and other neighborhood initiatives. This past year, we were able to give out over 18 grants to different community groups. We wish we could give more, but it all depends on how much money we raise.”

The grant application for next year will go out in early February 2019.

With 700 tickets sold, the logistics of the tour can be tricky to work out. Each home has volunteers who help the tour run smoothly.

“We have people who are willing to help and stand for three or four hours and make sure the flow is right,” says McDonald. “They have some factoids about the house because people have lots of questions, and they get trained up about the house and keep an eye out to make sure nothing gets damaged.”

Above all, the Holiday Tour of Homes focuses on our beloved community.

“The tour showcases the fact that Savannah is not just this place stuck back in the1800s,” Allen says. “It’s a living, breathing, active city with a large residential community. People live here! We hear tours coming by all the time that say, ‘Nobody lives here, these are just museum houses and law offices,’ and that’s just not true. We have kids, we have people of all ages.”

Tour sessions begin at 10 a.m. and at noon