Heavy Books is the latest project from Savannah music veteran Joseph Kapcin, and they’re a unique part of a music scene that has been growing and growing in recent years. Formed in 2017, the band combines new wave, grunge, and even some country influences to create something pretty singular sounding.

For our latest feature, Song After Song, we asked Kapcin to pick one song of his own and one song that he loves and break down both. Without further ado, we present the first installment of Song After Song. 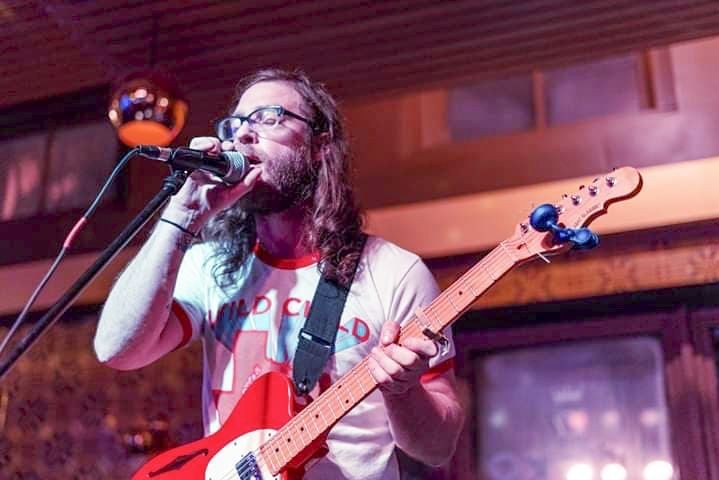 What stands out about the writing process?

This song took me a very long time to write, but I finished writing it when my best friend took his own life.

What’s the song about?

The song is about suicide. Whether you believe in god or not how heartbreaking something like that is. How I wish I could have saved them. It isn’t specifically about my friend persay, but about anyone who I’ve lost to suicide or who deals with the thoughts of taking their own life.

How long did it take to write?

It took me a number of years. The chord progressions are intricate and singing over it was what took the most time. Maybe 5 years to write. Sometimes when I write I put things on the back burner, because they can be too painful to write about.

What about this song makes it an important one for you personally?

Well the fact that I myself have dealt with the struggle of depression. There have been a few times I’ve even tried to take my own life in the past.

Generally speaking, who are some of the artists you look to for inspiration as a writer?

I really like the way Sharon Van Etten writes and Kurt Vile, but I also really love Townes Van Zandt and Bruce Springsteen as well.

As a songwriter, do you tend to have a goal in mind musically that you sit down and work at? Or do you let songs happen organically?

Usually the goal is to tell the truth and bare my soul and write about what I know. I tend to sing in the shower or while riding my bike or driving and I come up with a melody and if I feel inspired enough I grab my guitar and start writing.

When did you first discover this song, and how?

I was living in Pennsylvania around 2003 and my roommate who was really into Townes introduced me, because at the time I was starting to get into folk and country for the first time as opposed to the punk and hardcore I grew up listening to.

What stands out to you about it?

It's real. It makes you feel something. I feel the pain and sadness behind the words.

What's most interesting to you in terms of production, writing, instrumentation, etc?

Lyrically it paints a picture of the darkness of people who feel alone or angry and how they suppress pain and bad luck with booze, bad choices, etc. I feel like the world can harden us and this song depicts that.

If you could make one connection between this song and yours?

Just like Townes, I write a lot of love songs. But sometimes you need a heavy one to make people feel something. A lot of my songs tend to be upbeat or dancy and this one is deep, dark and real. Talking about suicide is never easy, but my goal is to let people know they aren't alone.