AND SO it comes to this.

After six years as a resident of Savannah, more than five of those as the Arts & Entertainment Editor for Connect, I’m leaving. This is my final column—so a little leeway, please. Permit me to wax.

There’s an astonishing array of talent in this town, and it’s been my pleasure, and my honor, to get to know so many fine people in music, theater, dance, film, arts administration and—as the cliché goes—so much more.

Thanks to each and every one of you for making me feel welcome. I arrived here with a wealth of journalistic experience, sure, but it wasn’t long before I felt comfortably woven into the cultural tapestry of Savannah. That’s because who I was, and what I did, was accepted. For that, I will always be grateful.

Here’s the deal: Amy and I are moving to St. Petersburg, Florida, which happens to be the hometown I left nearly 34 years ago. I always think of my life in phases—after St. Pete, there was Gainesville, where my children were born in the 1980s, and where I learned how to be a music journalist. I was at the local paper for 20 years.

Amy and I met in Stuart, in South Florida, where I perfected what I’d learned with six regional Scripps newspapers. She got a job in Savannah, we moved here in 2008, and got married here, and Jim Morekis very kindly brought me into the Connect fold.

Next phase: In St. Petersburg, I’ll be the public relations manager for the Mahaffey Theater/Duke Energy Center for the Performing Arts. I imagine I’ll still write when I get the chance, but for all intents and purposes, I’m through with journalism.

It’s not what it was in the early days—hey, what is? It’s not even what it was when I moved to Savannah.

Over time, your priorities change. I always used to joke that I only began writing about music to get free records. Even if there were free records any more (there aren’t), I wouldn’t care. I don’t think anyone can do essentially the same thing for three decades without getting a little tired of it.

One of the best things about my time in Savannah has been my immersion into community theater, an exercise and discipline that I’d flirted with in Gainesville, but hadn’t been able to do in South Florida, for job-related reasons. 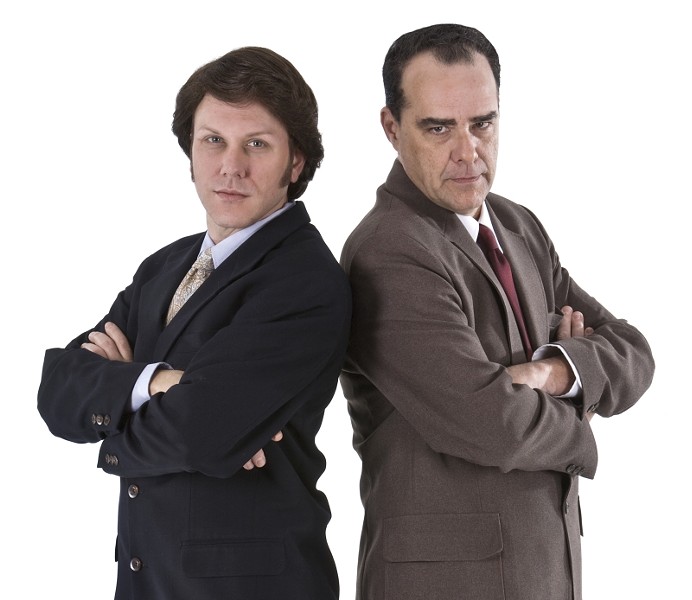 I acted in 11 plays in Savannah, starting with To Kill a Mockingbird for the City’s now-defunct stage program in 2009, and finishing up just a few months ago with The Trip to Bountiful. That one, and every production since late ’11, was done as a member of The Collective Face, the repertory company. Man, has that affiliation been great.

Thank you, Savannah, for showing genuine interest in the book I published last year, Skyway: The True Story of Tampa Bay’s Signature Bridge and the Man Who Brought it Down. As many of you know, the Sunshine Skyway Bridge, and Tampa Bay, are in Florida. In fact, you can see the bay—and the bridge, on a clear day—from my new office. Connect the dots if you wish.

Farewell to Jason Statts and Lori Stuart, two of the strongest people I’ve ever known. I can’t imagine what you continue to go through on a daily basis. I admire you both.

Farewell to JinHi Soucy Rand and Mark Rand. Savannah, these wonderful people are doing amazing things for your art community. Treasure them.

Farewell to Cusses, Whaleboat, American Hologram, Eric Culberson and Jon Lee Murphy. Incredible musical talents. I’ll still be listening and watching. Be sure to look me up next time you have a gig in my neighborhood.

To my brothers and sisters at The Collective Face and our cousins at Bay Street Theatre. Words can’t express.

To Peter Shannon and Kayne Lanahan, both of whom are making a real difference here. Keep it up.

To Jessica Leigh Lebos, my friend and colleague, the funniest girl in Savannah.

And to Jim Morekis. It’s been quite a ride. Thanks, my friend.

Well, I hope that wasn’t too maudlin. Not the average Music Column, I know, but there it is.

Anyway, please be good to one another. See you ‘round the clubs.