Snug in a pub

WORLD Cocktail Day is Monday, May 13. One of the most unique ways to enjoy a cocktail is at Prohibition Savannah, in one of their "snugs."

“They are pretty unique,” says Sydney Moreano, a spokesperson for the restaurant group that runs Prohibition Savannah and its sister location in Charleston. “There aren’t a lot of snugs in the world, especially in the U.S.”

A snug is a throwback to a different era when not everyone wanted to be seen enjoying a libation – though of course every snug at Prohibition is open for anyone to enjoy.

“It’s an interesting part of the history of drinking culture,” says Moreano. “Back in the day, the snug was only open to groups like women, the clergy or police to drink and have a social experience, but a more private one. Those groups would sort of hide away in the snugs. 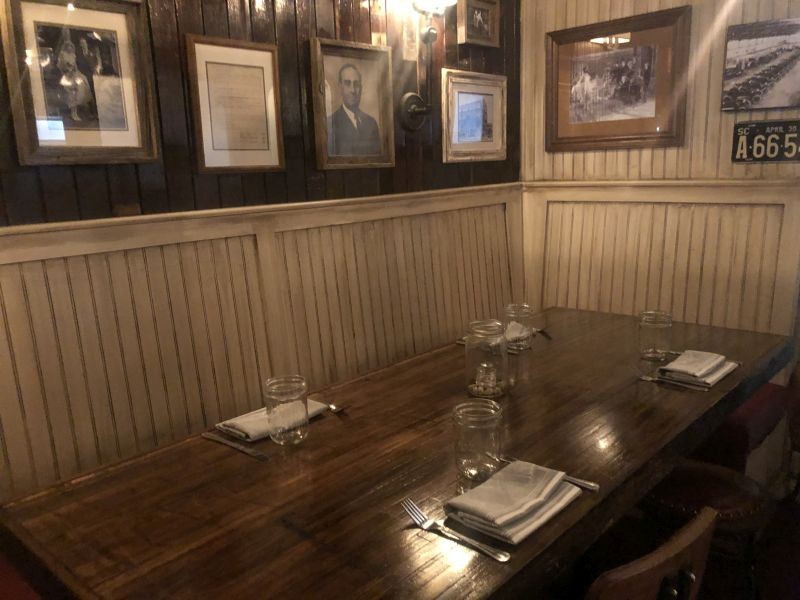 In Ireland back in the day, many police were teetotalers and there was much internal pressure on them to stay away from alcohol – hence the snug’s appeal.

While women were not legally barred from drinking in Irish pubs, there was much social stigma attached to their imbibing, and Irish women were frequent visitors to the snugs.

If you’ve watched Peaky Blinders, you know the snug is right next to the bar – in their case it’s where the Shelby family met to discuss very private business.

“It’s connected to the bar, but you can order from the bar without anyone seeing you,” Moreano says.

In the Prohibition era in the U.S. , snugs in Irish-style pubs and speakeasies took on added meaning as signifiers of the forbidden, hidden nature of alcohol consumption. By the ‘60s and ‘70s, snugs had gone out of fashion as many of the old social taboos were in decline.

In the modern era, snugs such as the ones at Prohibition Savannah are making a comeback for their nostaligic appeal.

“A lot of bars and pubs have modernized their old snugs. In many places, it’s trendy to go visit them,” Moreano says.

For World Cocktail Day, Prohibition Savannah is offering their special $5 Irish coffees from Happy Hour at 4 pm onward through the evening.