Slowing down on Wheaton Street 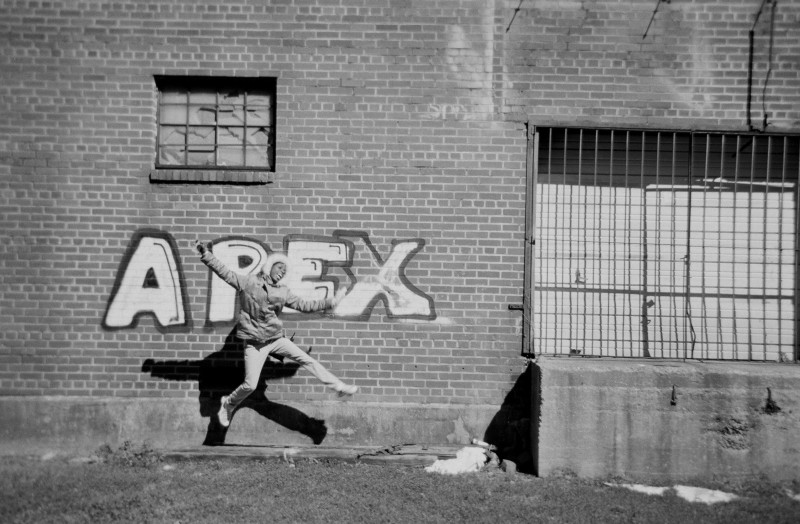 NO ONE complains about out-of-control bus traffic or too many tourists on Wheaton Street. No parades roll past its overgrown lots and abandoned buildings.

And though it’s literally one minute from the hustle and bustle of downtown, there’s never a problem finding a parking spot.

A rare diagonal in a city full of right angles, this stretch of pavement is mostly known for carrying traffic to and from Savannah’s eastside neighborhoods.

Most folks cruise it without stopping, not registering that Wheaton Street is peppered with small businesses—mostly barber shops and barbecue joints, a few liquor stores and car washes, and a Chinese restaurant, takeout only.

Photographer Robert Cooper lives in nearby Gordonston and has long been fascinated by the no-fuss, entrepreneurial spirit that drives this commercial strip. Largely ignored by most Savannahians but faithfully patronized by the surrounding community, Wheaton holds a certain appeal for Cooper, who calls it “blighted, but in that, not charmless.”

“I’d pass by all the time and kept thinking about at all these mom-and-pop businesses. This area wasn’t seeded or developed. These are just people making their way,” says Cooper, whose work has appeared The New York Times, People and other national media.

The Savannah native has captured that quiet allure in “Wheaton: The Street, The People,” a photo series hanging at the City of Savannah’s Dept. of Cultural Affairs S.P.A.C.E. Gallery through March 27. 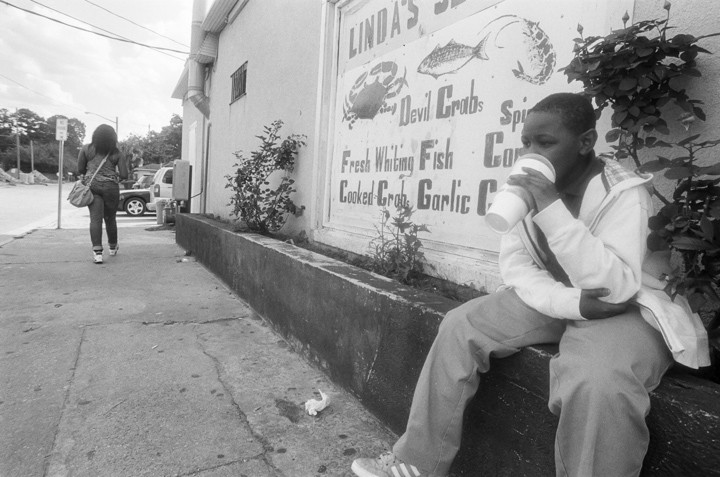 Randy’s BBQ, Linda’s Seafood and Epiphany Barber Shop & Carwash represent the personal nature of neighborhood commerce, and Cooper’s portraits of the owners and employees combine an aesthetic of friendliness and hard work. The series also reveals the street’s multicultural nature: The photos show denizens and business owners from a variety of ethnic origins, dispelling the misleading notion that Savannah is simply black and white.

But it’s the images themselves—not their back stories—that mattered most to Cooper as he roamed the street on foot, intimating himself with his surroundings.

“I know a little about some of these people, and nothing about a lot of them,” says Cooper, adding that he felt it made a stronger statement to simply document a moment in time without a journalistic context.

“In many cases, I didn’t even ask their names. I just let them stand.”

Some of the images are conspicuous in their absence of action: Empty basketball courts, a cluster of weeds growing out of a crack in the sidewalk, a chain link fence. This is not the Wheaton Street that Cooper remembers when he used to accompany his dad, a woodworker, to a busy lumberyard that once flourished here.

“Back when I was a kid, Wheaton was a vital area, more light-industrial, where people stopped all the time,” he says, adding that the misty vacant lot featured in the series was once an auto salvage yard, now so saturated with oil and chemicals it can’t be developed for many more years.

“We got a transmission there for our old Studebaker.”

Cooper’s large scale photographs aren’t the only view of Wheaton within the exhibit. As part of the Dept. of Cultural Affairs community outreach directive, he and Visual Arts coordinator Christine Hefner arranged for six students from nearby Hubert Middle School to participate in the project with visual arts teacher Shirmira Hill.

The city provided a batch of single-use cameras, and Bay Camera in Habersham Village agreed to help with print costs. After a little coaching on the basics of portraiture and composition, the group set off on a “photo safari” on the street. The results are a dozen or so images that look deeply into the stark façades and weathered faces of the neighborhood, exposing nuances of not only weariness but celebration and joy.

“This is their neighborhood, and a project like this shows them that it’s worth learning about. That’s really important.”

“Most of these kids had never held a camera before, never taken a picture,” he marvels.

“It was amazing to watch them engage people.” 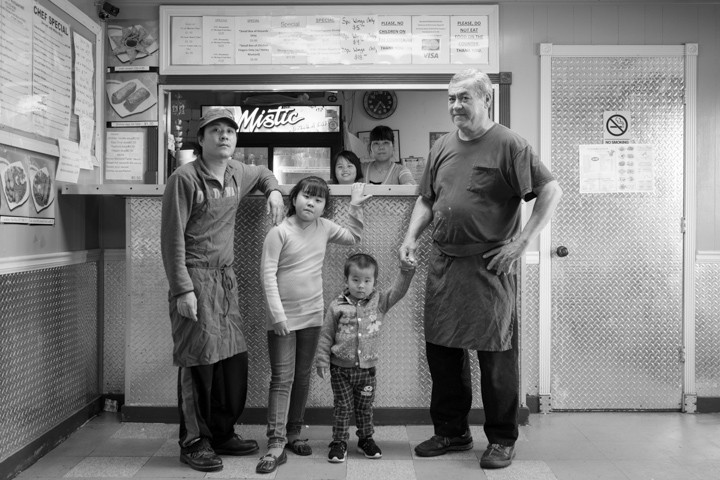 Now that he’s been reacquainted with its overlooked charms, Cooper walks along Wheaton Street as often as he drives. This simple act of slowing down has shown him there’s more to a neighborhood than meets the eye at 40 mph, an inspiration he aims to share through his camera.

“My hope is that this show will give people a new and better understanding of how Savannah’s under-recognized communities thrive in a complex, multicultural balance.”

Wheaton: The Street, The People Photography by Robert Cooper runs through March 27.