Online is the band’s most adventurous album yet 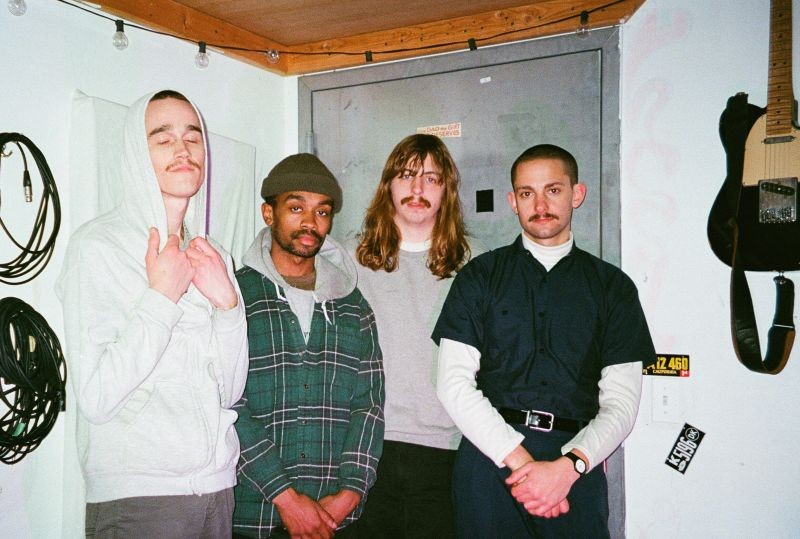 A NEWCOMER to the officially-New-York-minted band Triathalon may be surprised to learn that the band started as a surf-pop band while its members were going to art school in the South. Since its inception, the band has reeled in its hooky, splashy pop, holding tight to reverb swells and growing sinewy guitar riffs around Adam Intrator’s New Millennium-era R&B-influenced verses and choruses.

Their latest LP, Online, possesses the slight off-kilter, emotional tremolo of their 2016 EP ‘Cold Shower,’ but Triathalon has grown in complexity, employing additional instrumentation and surprising turns in arrangement. Through Online’s 13 tracks, the band expertly captures the emotional complexity of a generation that practiced flirting in AIM chat boxes and aged into a swipe-based courtship practice. The guard drops somwhere between Hunter Jayne’s guitar meanderings and the deep groove of the rhythm, blurring lines between analog and digital, emotional hesitance and earnest invitations.

The band that grew at Savannah house shows is currently selling out their upcoming tour, which includes a homecoming show at The Jinx. We spoke with Hunter Jayne about the band’s relocation, the creation of Online, and the early days.

Your sound has evolved since everyone made their way to NYC. How has your music making been impacted by the change in environment?

We are all very happy to be in the same place again. The city is very stimulating and offers new experiences every day. The grind can get you down sometimes, but it’s worth it. I think our sound has been heading in this direction since our last LP, but I think lately we are really finding ourselves in it.

What was the production process like for Online? There are so many enriching textures and movements.

We recorded Online at the last house Chad and I lived in before we moved in May of 2017. It was a different process than our previous albums. Everything was dissected and done section by section rather than long live takes. We started making records this way when we made our last EP, 'Cold Shower.' We like to experiment as much as we can and not to be afraid to dig in on an idea that might not work in the end. In many ways, the songs are born in the recording process rather than in a live setting. In rehearsal after making the record, we were playing most of these songs together for the first time.

Can you talk a little about the visuals that accompany the album?

We kind of circled back to collage art again. Chad really likes doing collages and for a while that was a big part of our visual style. The concept for the artwork started with shooting pictures of desserts with Kelia Anne and continued with a drawing Clayton Walsh did for us. Everything kind of evolved out of those two moments.

Are members currently working on projects/music outside Triathalon?

Lately we've been focusing everything on the band and getting ready for this tour. I have a record I'd like to put out this year under the name of Taze Daze but I have no idea when that will happen. Mostly the stuff Adam and I have been writing lately are contributions to Triathalon.

So much has changed since the band formed, for y'all and Savannah/its music scene. Do you remember the band's first Savannah show?

Triathalon's first Savannah show was at The Wormhole. I remember because I wasn't in the band yet. I remember Michael Younker, who was playing bass at the time, wore a cape. I also remember turning to my friend and telling her that I was going to join the band.