Center for a Sustainable Coast hosts open forum this Saturday

DO YOU believe in climate change?

The answer to that question should be a strong yes, as it’s a scientifically backed finding. However, Yale University is finding that the answer is not as prevalent as it should be.

“Yale has done extensive surveys of the American public on their attitude about climate change,” reports Karen Grainey with the Center for a Sustainable Coast.

Those findings comprise the Yale Climate Opinion Map, which asks adults about global warming across the country. The maps are searchable by state, congressional district, metro area, and county.

“The First Congressional District is the whole coast of Georgia, and the statistics on people’s attitudes about climate change are surprising,” says Grainey.

In Georgia’s First Congressional District, which is represented by Buddy Carter (R-GA), 68% of adults believe climate change is happening. That’s on par with the opinion in Georgia and the opinion nationwide, which are both 70%. 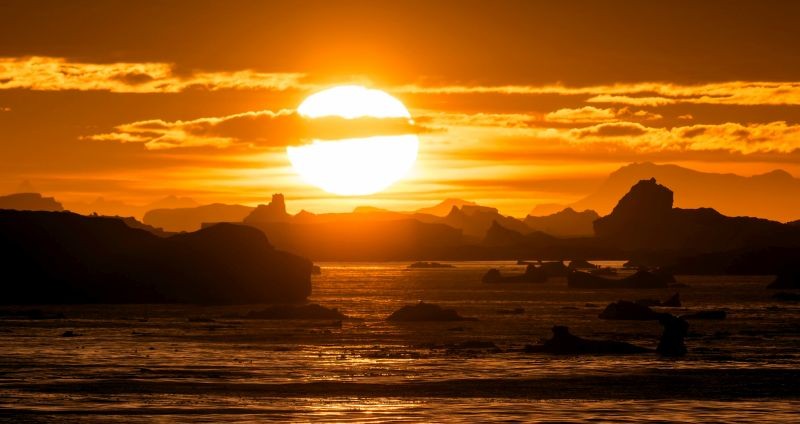 “Here’s the number that’s really the killer,” says Grainey. “70% report in the survey that they never talk about global warming.”

The Center for a Sustainable Coast hopes to bridge that divide between knowing about and talking about global warming, since action is imperative to making any sort of difference.

“This event is really about people in Savannah talking more about climate change,” explains Grainey. “Overall, people really get it, but the astounding thing is that people never talk about it.”

The Center for a Sustainable Coast hosts the Open Forum on the Green New Deal this Saturday. Panelists include Paul Wolff, a former Tybee city council member; Dr. Mildred McClain, the director of Citizens for Environmental Justice; David Kyler, director of Center for a Sustainable Coast; Lisa Ring, former candidate for U.S. Congress; and Keith Freeman, a solar energy expert.

“A lot of [the denial] is because the media coverage of climate change has been weak,” says Grainey. “81% report that they hear about it in the media once a month or less. What’s covered in the media? CNN’s 24-hour constant news barrage is not about climate change. If the news isn’t talking about it, people aren’t talking about it. But with the Green New Deal, that’s changing.”

As you have most likely heard, the Green New Deal is a resolution submitted by Rep. Alexandria Ocasio-Cortez (D-NY) in response to a bleak October climate change report. One of the first steps in the Green New Deal is transitioning to 100% green renewable energy by 2030, immediately halting any investment in fossil fuels and related infrastructure.

“This Green New Deal is one of the first things that’s captured the public’s imagination and make people think we can do something about climate change,” says Grainey. “People understand it’s real and it threatens our future.”

However, the Green New Deal is not the first legislation of its kind. It’s just getting the most attention.

“When [Lisa Ring] ran for Congress, she endorsed a piece of legislation not talked about much called the Off Fossil Fuels Act,” she says.

The Off Fossil Fuels Act was introduced by Rep. Tulsi Gabbard (D-HI), who is now running for president.

“Unfortunately, that legislation has gone over its two-year period,” Grainey says. “It’s kind of like the Green New Deal, it’s very much in keeping with those ideas, but it didn’t get the attention the Green New Deal is now getting.”

Thanks to Gabbard, Ocasio-Cortez, and other lawmakers who understand the severity of climate change, others can begin talking about what we can do to help.

“A lot of people think, ‘I already know about this stuff because I read about it on the Internet,’” says Grainey. “We need to get together in person to talk about things. We can’t do everything on the Internet. Face-to-face conversations are still an important part of community engagement. You have a conversation and the energy of being around other people; you can’t get that any other way.”

Admission free, but RSVPs requested and can be completed at the event Facebook page.