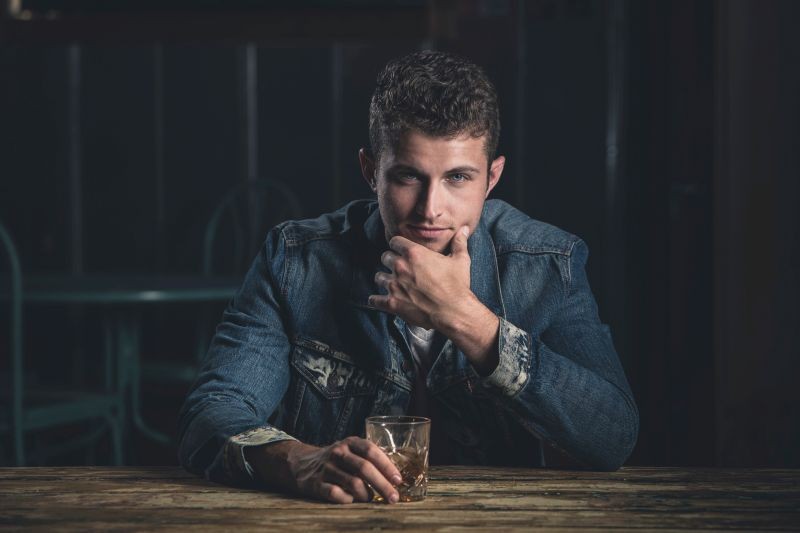 RISING country artist Sean Stemaly didn’t dream of a life in music as a child. In fact, the Kentucky-born and Indiana-bred singer/songwriter had a completely different path in mind for himself up until his late teens. He quickly discovered a passion for singing the country music that he grew up on and decided to change course.

Just a few years later, Stemaly is living in Nashville and pursuing a career in country - making his way in Music City and beyond. He’ll be coming to Saddle Bags on Jan 4., and we spoke to him ahead of his show to learn more about his unique and relatively new life in music.

How long have you been in Nashville?

SS: I’ve been in Nashville for a year-and-a-half now.

And you were in Indiana before that?

SS: Yeah, I worked on the Southern Indiana-Kentucky line. I worked for my dad and grandpa, who run a land development company and a farm. So my entire life, before I did music, I was on tractors and machines.

Did you play music throughout your life? How did that happen for you?

SS: I have kind of a weird story [laugh]. I was in a farm tractor one day, and I always listened to old 90s country while I was in there. I would work 10 to 12-hour days all day long and listen to that stuff, and I started singing along to a Brooks & Dunn song one day. I was 19 and had never done anything with music before then.

I started singing along and said, “Well, this ain’t terrible.” Then I spent those 10 to 12-hour days trying to perfect my craft and learning the ins and outs of singing. I picked up a guitar about a year-and-a-half ago, so I’m relatively new. I just decided to go all out and make it a career.

That’s really cool that you had a, sort of, career epiphany a little later in life.

SS: Yeah, man. I thought I’d be in a tractor my whole life! And then here I am in Nashville, writing songs for a living. It’s a pretty cool change.

Early on when you were learning and writing, who were you listening to?

SS: As far as my writing goes, Ronnie Dunn is a huge influence of mine. Tyler Childers is a huge influence as well. I listened to Luke Combs really early on, back before he was huge. He's always been kind of like a guide to me, because we're coming up in the same era and are pretty similar as far as style goes.

When you made the move, was that kind of daunting? To be new to music and then just pick up and move to the center of it all, I'd imagine would be a bit of an adjustment. How was that experience of trying to carve your own path?

SS: I got pretty lucky as far as being close to Nashville. A lot of guys here live 10 hours away, but my drive is only two-and-a-half hours. One of my good buddies moved here to do videography work, and he always wanted me to move with him. I ended up moving about eight months after him, but for about eight months I drove her almost every weekend.

So that was kind of how I got my in here. I wanted to come see what I was dealing with before I moved from a corn field to a big city. It’s kind of a huge shock, so I needed to make sure I was sure about it. I came here every weekend, made some connections, got to know a bunch of people, and eventually decided to move. That kind of got the shock thing out of the way, I’d say.

What’s the biggest thing you’ve learned from being in writer’s rooms and doing the whole co-write thing? It can be kind of a scary thing to get into a room with someone and try to leave with something good.

SS: It’s good that you asked that because I struggled with it for a while. The biggest thing I’ve learned is that there’s never a stupid idea. You’ll have an idea in your head and decide not to bring it up because you think it’s stupid. But ever since I started opening up a little more in the writer’s room, I’ll say these ideas that I have in my head and we’ll turn them into songs.

What’s next for you?

SS: Our next release is a single, and then I’m going to be focusing on an EP for the Spring. That’s kind of my plan there. I’d like the single to play its path for a while - ironically, it’s about Savannah, Georgia!

Really? Tell me about that!

SS: I wrote it about a girl from Savannah. In the first chorus we reference River Street. The story is about this fling that I had in Panama City when I was probably 18. I chased her to Savannah, and that’s kind of what the song’s about.