Fearlessness was the focus of the school year's inaugural Gallery Ho 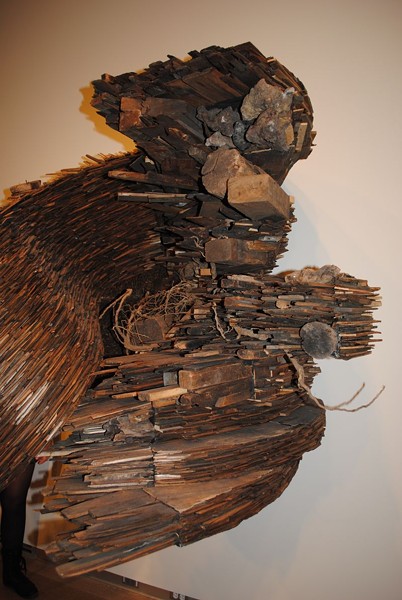 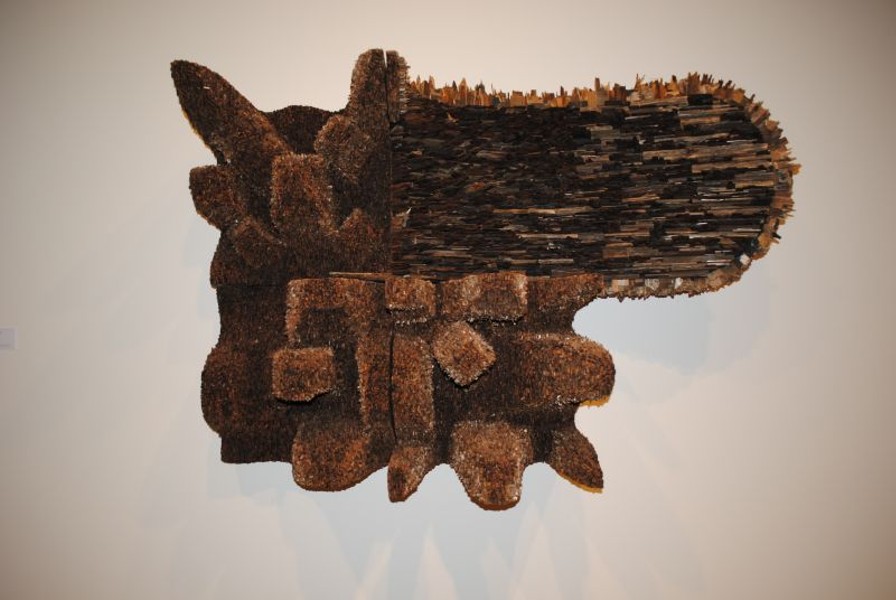 Anyone out and about in Savannah recently no doubt noticed a change in the air. For some, it was summer's fierceness ebbing underneath the harvest moon.

For others it was the reminder that a new year at SCAD has begun, when before our eyes our slumbering city transforms into a bustling college town where decreased parking availability also leads to an increased vigilance of pedestrians uncertain of their paths.

Although students may have gotten lost week on their way to classes throughout the city, many did find their way to the SCAD Museum of Art this past Friday night to attend the panel discussion, Regeneration, with Diana al Hadid, Leonardo Drew, and Ursula von Rydingsvard.

In a house full of artists, art historians, and art enthusiasts these three intergenerational Brooklyn-based artists, clad in black with ivory accents, sat on russet chairs and had a frank conversation about art, offering anecdotes and advice to a future generation of artists hoping for inspiration.

Born at different times and in different parts of the world, these artists shared their stories with the audience about their first call to create. Rather than denying this inspiration they strived to create a world for themselves in which art played the principal role.

Much like the students that choose SCAD over the typical collegiate experience, they too went to art school where they learned from every experience and now they integrate their personal histories into their art because, as al Hadid stated, "You cannot separate who you are from what you make. We are all the sum of our experiences."

Through their stories it is evident that what began as a mischievous flirtation with materials became passionate love affairs with sculpture, painting, and art.

As a child in Poland during the Second World War, von Rydingsvard was placed in refugee camps, where she admitted that, "I had no concept of an artist. Art was what I took in with my eyes. In the refugee camps I was given woven linen and it was my duty to soften the fabric with water. I would watch the surface to see what the sun does as it lay on the grass forming geometric patterms."

It did not occur to von Rydingsvard that there was such thing as an artist until she arrived in New York in 1973, deeming it a "city of deviants" unafraid to be anything other than who they were.

Initially a two-dimensional artist intent on drawing and painting, al Hadid recalled the need to go below the surface in order to discover the nuanced layers of meaning in art.

At times solemn and at times insouciant al Hadid, Drew and von Rydingsvard offered advice on the challenges and the benefits that go along with being an artist. Speaking collectively, they imparted:

• Art is a process that is sometimes met with success and often times with failure and they admitted that they each have a warehouse graveyard for unfinished projects that did not translate into aesthetic reality.

• Take a leap of faith, even if there is a fear of failure, for life is full of struggles and you must determine when to let go and when to hold on.

• And lastly, if you believe that it is necessary to create art then create it but do not be afraid to ask for help.

After the discussion, visitors had a chance to view the artist's work firsthand in the SCADMOA where it came as no surprise that the sculptures and paintings reflect the artists.

Inside the glass doors, visitors were greeted by the sculptures of Leonardo Drew, where found objects are pieced together to form a whole. The rust apparent in many of his works create a distorted passage of time through which the viewer must journey that is only accentuated by the fabric, wood, and steel that protrude from the walls.

Traveling through the passageway, one encounters a painting by another visiting artist, Jessica Rankin, whose exhibition "Passages," is on display at Pinnacle Gallery. Black interwoven tire tracks consume an entire wall serving as a tentacular reminder that not all art strives for permanence.

The paintings and sculptures of Diana al Hadid are found in the rear of the museum where it quickly becomes apparent that these works were created with the trepidatious confidence of an artist still flirting with multiple materials. Oscillating between abstract and concrete, these pieces, at once complete and non finito, allude to metaphors that al Hadid cannot escape.

Adjacent to these exhibitions is "Shadows Remain," selected works from Ursula von Rydingsvard. Through wooded slots the mid-September sun illuminates these cedar sculptures. Walking through the space it is easy to imagine the artist carving these pieces in her studio where she transforms the wood that it once was into the art that it is now.

In the atrium of the museum visitors had the chance to mingle with the artists, SCAD professors and fellow students. Out in the courtyard groups of people sat catching up with one another after a summer apart or finding new friends amidst the crowd.

When asked about the impression that these established artists may have had on emerging artists now attending SCAD, Alexandra Jones felt that "two things may have taken place tonight. Either the new students were intimidated by the artists because of their long careers and the amount of hard work that was necessary for their success or they found inspiration in each artists passion for their art and now they will challenge themselves to create."

M.F.A. candidate in Game Design Lobna Deghedy added, "No matter what art you pursue, it is important to see how active artists create. Although there is a difference between fine art and design I hope that after listening to these artists students are better able to envision their future and embark on their own personal path to success."

Hopefully these words and works inspire a future generation of artists to rise to the challenges before them and although the torch may not be passed just yet, surely on Friday night a flame was lit.