IN A TIME of skyrocketing tuition and student debt at other universities, and the spectre of automation threatening entire industries, it’s Savannah Tech’s time to shine.

The Southside institution has left the “trade school” stigma behind to become a full-fledged player in the Georgia university system.

From its more glamorous fields of study (its acclaimed film and culinary programs) to its more gritty fields (welding, truck driving), Savannah Technical College prepares its students for real jobs in the real world, often at a small fraction of the cost of the flagship institutions. 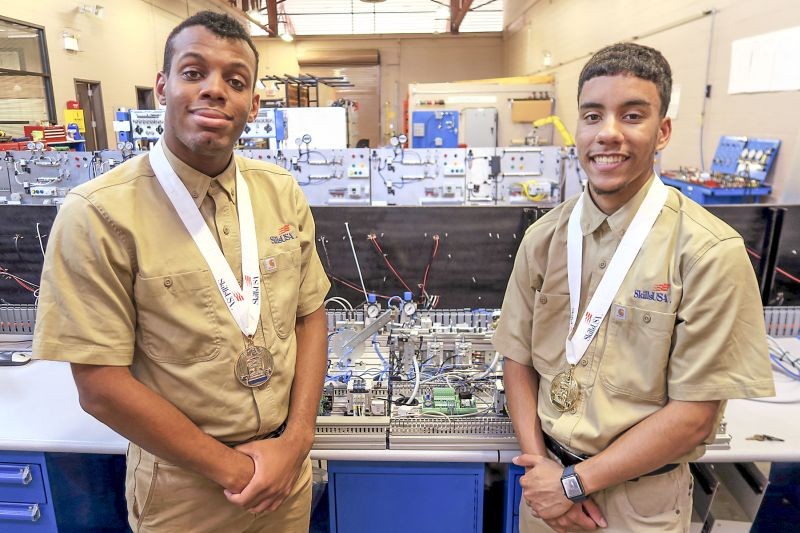 “The number-one question we always ask is, did we place our students in a job in their field of training, or as close as possible to their field of training?” says Savannah Technical College President Kathy S. Love. “Part of our success has been not letting that mission creep come in and trying to be all things to all people.”

“Workforce development is our number one goal,” Love says. “Over 94 percent of our graduates we can prove are working in their field or in a closely related field.”

Savannah Tech accomplishes this through passionate, experienced instructors and a close relationship with a web of regional and local industry employers.

For example, Savannah Tech administration and faculty have monthly meetings with employers at the local Crossroads tech corridor to fine-tune curriculum for economic demand.

“We’re not going to do any good if we teach ten years ago, or ten years in the future,” says Love.

An enormous game-changer for Savannah Tech has been the decision by the Board of Regents to dramatically expand the number and type of general education credits earned at Savannah Tech that are fully transferable to other higher education institutions in the state system.

That’s right – you can take core level English, history, and math classes, for example, at Savannah Tech at very reasonable cost and fully transfer those credits to UGA, or SSU, or Georgia Southern — most anywhere you like.

“Folks who remember the old Savannah Vo-Tech years ago think they’re giving us a compliment when they say, ‘Well, not everyone can go to college,’” muses Love.

The Savannah Tech Culinary Arts program is set to open its storefront restaurant, the Savannah Culinary Institute, soon, in a building the College purchased at 7 W. Bay St.

“When we see our culinary students competing with Johnson and Wales and with the Culinary Institute of America, we know we can play with the big boys,” says Love.

“We found that almost every technical college in a city similar to Savannah, with a strong destination and tourist economy, has a restaurant the students work in.”

Love says part of the new Bay Street restaurant will serve as a demonstration lab and classroom space.

“We want people to know you can some to Savannah and spend half a day learning French cooking or cake decorating, things like that,” says Love. “Getting that strolling traffic downtown will be important.”

The Georgia Film Academy, run by Savannah Tech, is getting national acclaim as a go-to source for qualified, disciplined workers on film sets, both in Georgia’s booming film industry and beyond.

It’s safe to say that most of Savannah Tech’s student body is nontraditional. Love says the average age is 29.

“Over the past ten years our biggest challenge is right out of high school. Because that is the stigma: if all your peers are going off to UGA or Georgia Southern, then you’re the kid that couldn’t make it,” says Love. “But the thing is, a lot of those kids come back.”

Love lays out some stunning ten-year data points to prove Savannah Tech’s huge rise in standing and relevance in relation to other colleges and universities in Georgia.

Love says she is particularly excited about the new dual enrollment program, which enables high school students to garner fully transferable college credit before they even graduate, at no tuition cost.

Military and former military are a particularly vibrant presence at Savannah Tech — roughly a quarter of the total enrollment.

Savannah Tech has been named the country’s number-one “Best For Vets” public career and technical college for three years running.