Jude, Vol.1 came out Feb. 1 on Modern Outsider and is a swirling, dreamy album with just seven songs.

The title references Jackie O’Brien’s brother, Alex, who passed away in 2015 after a difficult battle with bipolar disorder. Alex was also the band’s manager, and his loss strongly influenced the album’s writing. 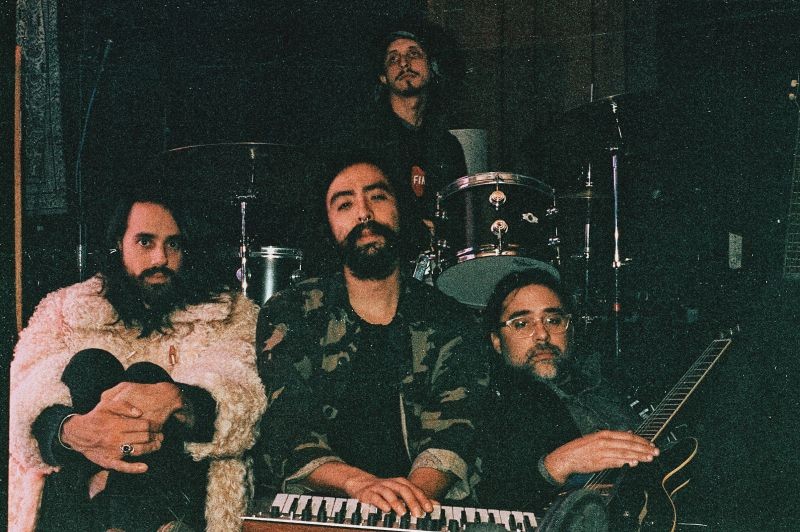 We spoke with O’Brien last week about stigma, grief, and a particularly memorable show at old favorite Hang Fire.

Tell me about the album Jude, Vol. 1.

O'Brien: It's definitely something that is a big change for us. Our last album, we really shied away from being personal. It was more philosophical, reflections on society kind of thing. It was inspired by my brother [Alex], who came down with a really sudden and severe case of bipolar disorder, to which he succumbed.

I realize the more we talk about it, the more people I meet that struggle [with bipolar disorder] or know somebody who does. It’s wild how common it is and how little people really know about it.

He came down with really extreme mania and delusions. He was our manager too, and he’d go from being really amazing, getting us meetings with Atlantic Records and then afterwards he’d think the government put a chip in his brain and he’d use the band credit cards to fly to Mexico, and we’d have to go get him back. It was really stressful and scary.

Eventually, he took his own life, and that was really tough for the band because that happened just after we put out our second record. That’s all in the background of writing this one.

We didn’t have any choice but to use the music to sort of heal and process everything. There’s a few songs that really deal with it head-on, and a few that are more like dealing with all the ways this pulled the rug out from under our entire lives. At the same time, it was trying to find sense amid all the chaos. I think that’s all going on throughout the record.

Did you ever feel any hesitation to put everything out there?

Honestly, I think a big part of it was that he was probably one of the most open people any of us had ever met. All of us in the band can be a bit more closed off, maybe a bit more introverted, less willing to be vulnerable. There was no way to embarrass him. He’d own everything, tell everyone his business. It felt like he’d be disappointed with us if we swept this under the rug and pretended everything was fine. We felt that was his way of saying, “No, be honest.”

That was one thing he said when he was struggling. “The stigma around this is horrible and you guys have a platform. Use it. Help people feel understood and connect them to the one thing we all have in common: struggle and suffering.”

How do you get in the mindset of getting ready to go on tour?

We’re super excited. This is the first major tour we’ve done in two years. We’re rehearsing a ton and trying to do everything in advance this time, not like wait until the last minute to figure out how our gear is going to be set up on stage, getting our light show set up.

What do you think it'll be like to play such an emotional album live?

I think it'll vary from night to night. There are some times when one of the songs will get me emotional and I might feel like, "Oh, no, I shouldn't be feeling this, it might get in the way of how I perform." But actually, in a lot of ways, it can enhance it if the feeling is honest and real. Music is just a vessel to convey and share these kinds of feelings and emotions and thoughts and stuff. It can be a really good thing.

What can audiences expect from your show?

A pretty explosive visual and audio experience, but it builds its way up to it—we don't come out of the door screaming. We have to build it into something that is really exciting, it's a journey. Our drummer Joe has designed all these really amazing lighting rigs that he'll be bringing with projections and stuff. It's going to be really cool. It's new for us—it's our first time we're doing that.

Have you played in Savannah before?

We used to play this place, Hang Fire—is that still there?

No, but I definitely remember Hang Fire.

There was this one time we played that was completely wild. I remember we were in there and somebody was crowd surfing, and they ended up falling through the front window, which shattered the entire window. The person was fine, but it set off the burglar alarm. Right as we were finishing our set, everyone had to go outside, but everyone still had their drinks so everyone was being super rowdy and drinking in the street out front. The cops came and told everyone to disperse, and people were being super belligerent to the cops, so they came back with the paddy wagon and threatened to arrest us all. It was actually super fun. I was like, "Oh, Savannah is wild."