“Turkey was recorded over the course of four days,” Krol says. “This one took me two years.”

Power Chords, which came out Jan. 25 on Merge Records, learned from Turkey’s mistakes. 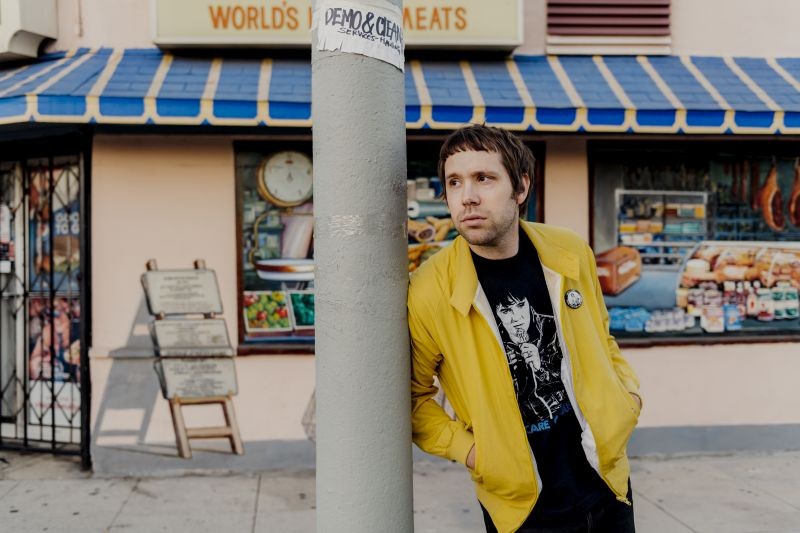 “What I heard about Turkey, I took all the criticism and good and bad and tried to write a more solid, complete album this time,” says Krol. “It’s definitely a more fleshed-out, more realized, full-sounding album. The songs are longer, there’s more instrumentation, it’s more happening, and it’s a little more of a complete thought compared to Turkey. The charm in Turkey was that there were mistakes throughout it that added to it. This one is more buttoned up.”

Power Chords owes some of its polish to Krol going back to his musical roots.

“I was trying to go back to what got me attracted to song and music in the first place. Bands I liked when I first heard them that set me on my course. Music I listened to growing up that would make me feel pumped up, like I could take on the world,” says Krol. “My approach was to go back a little bit and re-explore the music style and execution of the songs that hooked me.”

Indeed, “Little Drama,” the lead single off the album, sounds a world away from the pulsing energy of “This is the News” or the fuzz of “Suburban Wasteland.”

The result is an album that retains its punk edge but sounds more produced.

“I was listening to punk music that was a little more like mainstream punk,” says Krol. “The desire was to record an album that sounded fancy, and it wasn’t until I kind of heard a band like the Strokes, then got into Guided by Voices and other sorts of alternative indie rock bands into home recording.”

That progression of mainstream down through the underground taught Krol that perfection isn’t required.

“I learned that you don’t have to sound like this vibe, how it’s recorded and how it sounds a little more casual. Not every drum is played perfectly. The guitar isn’t miced perfectly. It’s more about the feeling that happens with how it’s being played and performed rather than technology or skill level,” says Krol. “The Strokes were one of the first bands on a larger level that achieved success and had a record that sounded kind of lo-fi.”

Krol followed that sound all the way through, resulting in a genuine sound.

“I’m definitely looking for the most authentic, believable, genuine performance. Music in general has to be earnest,” Krol says.

Power Chords might be a little more grown up, but that doesn’t mean the show isn’t still rowdy and fun.

“[For our live show] we normally do costumes but we’re not going to do costumes. It started to become too much of a gimmick,” says Krol. “We don’t want to look goofy. This album cycle, we’re trying to be a little more serious. There’s still the humor and the fun and the self-deprecation involved. I try to do as much crowd work and interaction as I can.”