NATALIE Babbitt’s timeless 1975 novel Tuck Everlasting has been interpreted many times over the years, on screen and on stage. The Savannah Stage Company is set to bring it to life once again with its performance of the powerful story, opening on October 12. The two-weekend run will mark the first time that the Stage Company has employed youth actors in major roles, and follows their hugely successful Cabaret run this past summer.

We spoke to artistic director Jayme Tinti ahead of opening night about the timeliness of the story and what motivated them to tackle such a beloved work. 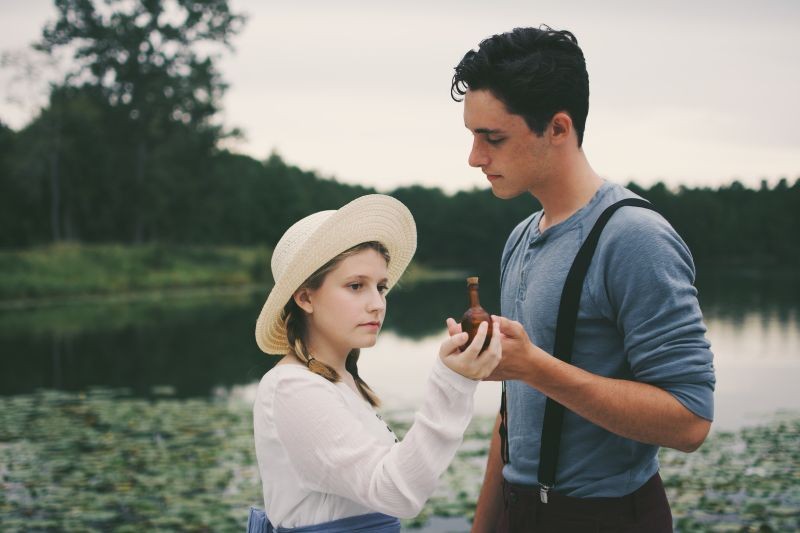 What was the impetus for this show?

It’s been a novel, they’ve made two or three different movies, and in the past couple years they even did a big Broadway musical that didn’t go too well [laughs]. This is not that version! This is a small, pared down, one-hour cut that was actually adapted by Natalie Babbitt’s son-in-law. It’s really close and it honors the book in a really beautiful way.

Was that an important thing, to make it closer to the book? Was there a lot of thought put into what version you were going to take on?

I knew that we were going to do this version. I’d done this particular cut 10 years ago, so I was on the hunt for that. It was important for us to do Tuck Everlasting for this season, which is our season of service. We like to give a strong theme to each one of our seasons so that we, as creators, know what we're working towards. This season of service has been about honoring certain demographics of our audience. Tuck Everlasting falls in there to honor our older audience members - those who are closer to the end of that wheel.

In the book and the play, they talk about life being a wheel. They’re a family who’s stuck - their wheel is stuck. This is to honor those folks.

It is a really poignant and important story because it addresses immortality and death, which are concepts that are particularly hard for kids to wrap their heads around sometimes. Is it important to use this show to have that conversation?

For sure. That question, “Would you drink the water?” You could ask that to any person and there’s only two answers. There’s only yes or no. But everyone would have their own reasons for answering yes or no. So, in honoring our older audiences, the flip side is definitely something that we thought about. What about kids who would drink the water in an instant because they haven’t had the full wheel of life experiences. 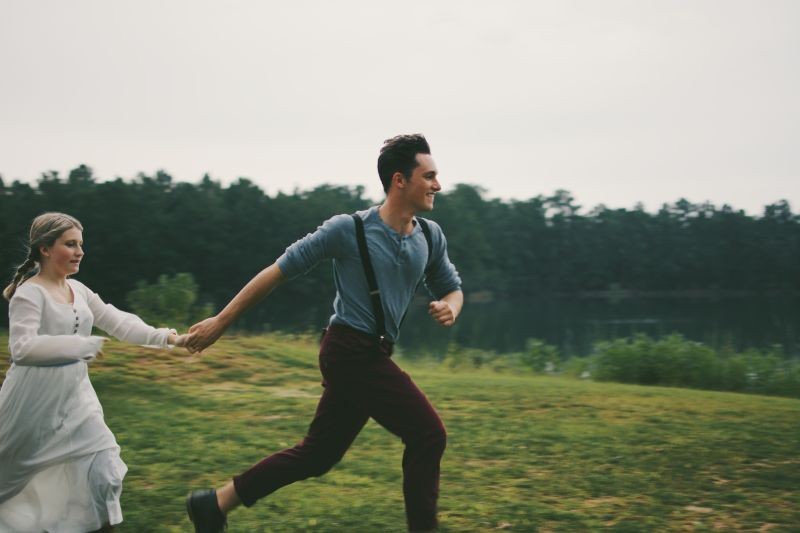 The work that we do, we try to be as accessible as possible. That’s part of our mission, so I definitely think this story fits in for anyone. And it’s nice to do something that we can bring younger audiences to. We just did Cabaret and that was a hot date night show [laughs]. This is a bring-the-family show! The cool thing about this show, which our fall shows usually do, is it goes out on tour. So we’ll be going to both retirement homes and schools, and it’ll resonate with both groups and everything in between.

Tell me about the early days. How did you get into theater and what prompted the Savannah Stage Company?

We’ve been in existence since 2012. We started super small - I’ve always been a big proponent for organic growth. We came in and really whittled away a niche for ourselves here in town. When we started there were five founding members of the company. We had come from Barter Theater, which is one of the longest-running professional theaters in the country. That’s full-time. You live there, fully immersed in theater. So we thought it was time to jump off the cliff and see how we could fly.

We specifically chose Savannah to come to. None of us are from here, we didn’t go to SCAD, but we knew that we wanted to invest in a city that felt like it was going to invest back in us. We’ve absolutely seen that, and we’ve had tons of growth over the past six years. From the early days of nobody coming to see our shows all the way to sold out runs of Cabaret. The focus on growth is really what gets us up every morning.

What’s next for Savannah Stage Company?

We’ll be announcing our season later this year, with a big free party for the community. There’ll be food, drinks, and music. We also give out what we call our “Golden Lightbulb” awards, which are given to company members who go above and beyond in honoring our values as a company. That’s always really fun to be able to thank people who give so much of their time, their energy, and their art to us.

What else should people know about the upcoming Tuck Everlasting run?

This is our first time employing youth actors! It’s important to us to give the opportunity for young people to work professionally in the town. These kids are used to doing plays in school or in the Children’s Theater, but this is a completely different environment for them. We don’t change our process at all, and they know that they’re coming to a grown-up world!

There’s also our “Pay What You Can” program, which is something we’ve had from the beginning. If you come to the box office starting at 10 minutes before curtain, any tickets that are left unsold become available for people to pay whatever’s comfortable for them.

To us, it’s just so important to make theater as accessible as possible. When you take money out of the equation, all of the sudden that opens you up to a whole lot more people. The work that we do, we feel like can resonate with everyone.