FOR the 16th consecutive year, the Joan and Murray Gefen Memorial Savannah Jewish Film Festival is set to bring a diverse collection of films to town that celebrate Jewish culture and educate viewers on Jewish history. The Savannah Jewish Federation is continuing in their tradition of featuring long form and short form films that span genres and subjects, but all have the common thread of shining a light on the Jewish experience.

This year’s festival will take place from Jan. 22-26, and attendees can purchase full festival passes, meal and movie tickets, and opening night reservations.

Abigail Stevens, Community Program Coordinator for the Savannah Jewish Federation/Savannah Educational Alliance, is organizing the long-running film festival for the first time and says it’s been an enlightening experience so far.

“It’s been exciting. It’s been a real learning experience, because I don’t come from a film industry background, so I’ve had to learn some of the processes, verbage, and workflow of it all. I do have an arts background, but this is kind of a new world for me,” Stevens tells Connect. 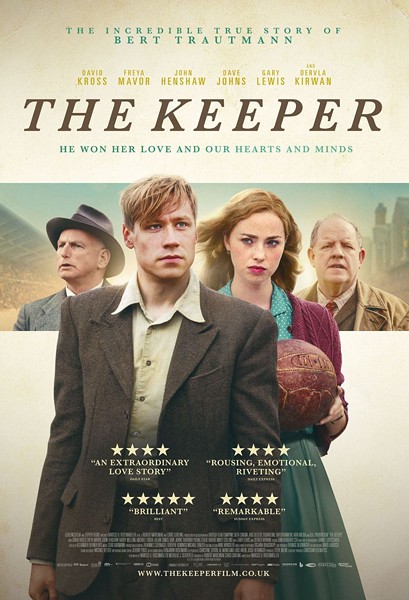 Stevens says that a committee of members come together to decide what films to include in the festival lineup. Some are picked by the committee and sought out, but others are chosen through filmmaker submissions. In previous years, the festival has spanned two weeks, but this year’s will be abbreviated—which Stevens says has helped the selection process.

“We actually have condensed our festival this year. In the past it’s been closer to two weeks, so we’re trying out a new format,” she says. “I think it’s been really successful, and it’s allowed us to really focus in on the films a little bit more.”

Included in this year’s lineup are films like The Keeper, which tells the true story of Bert Trautmann, a German soldier who becomes a football star in post-war Britain. His newfound stardom is met with objection from Jewish football fans, though he ultimately receives support from a Rabbi named Alexander Altmann.

Also on the schedule is a film by Rachel Fleit called Gifelte, which Stevens says she’s particularly excited about.

“It was one of the later additions, but gifeltefish came up as an important traditional Jewish food. As that came up in conversation, I found Rachel’s film—I thought her resume was really impressive,” she says.

Another powerful film in the lineup is Crescendo, which tells the story of a famous conductor who embarks on a mission to create an Israeli-Palestinean orchestra.

“It’s very timely. I think it’s a great conversation starter for the situation that our world is currently in, and kind of looking at it in a microcosmic way. It speaks to what’s happening on a larger, global scale. I think it’s a really important conversation to continue to have,” Stevens says of the film.