LOOKING for some educational stimulation while you’re staying at home? The Savannah Council on World Affairs has just what you’re looking for.

Since 1984, the SCWA has brought world-class speakers to the Lowcountry to give dynamic, informative presentations in accordance with their mission of encouraging the study of international issues. SCWA is part of the World Affairs Council of America, based in Washington, D.C. and with over 80,000 members.

Members of the SCWA can attend the presentations, which run from September through May, for free. (Non-members can attend for a small fee.) But, with in-person gatherings effectively canceled for the near future, the SCWA has adapted to an online format for its members to enjoy.

Last week, the SCWA hosted their May presentation with Dr. Mohamed Mukhtar, Professor of African and Middle Eastern Studies at Savannah State University, which was called “The Many Faces of Islam.” 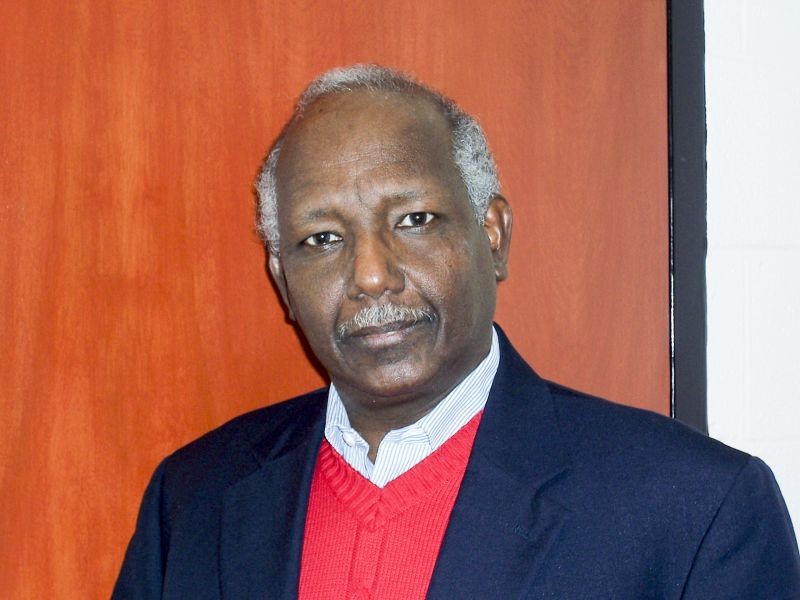 As SCWA’s President Charles O’Brien explains, the pandemic forced the cancellation of their planned speakers, but Mukhtar, a Savannah resident and a SCWA board member, was an easy choice for a replacement.

It’s also a timely decision, as we are currently in the middle of Ramadan, the month of fasting for Islamic people. Mukhtar was fasting during both his presentation and our conversation, quite an impressive feat.

O’Brien estimates that at least 130 people come to SCWA presentations, but as of press time, Mukhtar’s video has received over 650 views, meaning the presentation has reached many more people.

“People have got time on their hands,” says O’Brien, “but I also think this is a hot topic. We don’t shy away from picking things that are tough topics to talk about.”

Indeed, the selection committee at SCWA puts a lot of thought into what presentations they feature.

“A number of these topics are ones that are not going to go away,” says O’Brien. “Some of them are in vogue—Brexit is still in vogue, but at some stage, that’s going to be a history thing, not a current international relations thing. We have to be careful that we don’t seek something that’s really a hot topic now but doesn’t have any sustainability. We want our members to think it’s sharp at the time.”

Mukhtar’s talk is certainly one that will endure. A native of Somalia, Mukhtar discusses the importance of knowing more about Muslim culture. As a professor, he’s often surprised by little his students know about Africa and Islam in general.

“I found that American masses in general, not only in the South, have this lack of knowledge about Islam,” says Mukhtar. “When my freshmen come, I’ve found they were so less knowledgeable about Africa and Islam, both. Although the school itself is a historically black college, I was so surprised that the black kids are not any different than white kids—they’re on the same level. There’s nothing to blame on them, I cannot blame their parents. I have to blame the educational system.”

“Western Civ starts with the Greeks. There were so many civilizations before that,” says Mukhtar. “I have to spend so many weeks just to go to their level; I have to give them some very elementary things.”

For instance, Mukhtar was once asked if Africa was a continent or a country. In his eyes, that’s a direct result of a less inclusive curriculum that skips over non-Western history—and that is a problem.

“In today’s global world, we are not today like we were 20 or 30 years ago,” says Mukhtar. “The world is shrinking; it’s becoming a smaller place. Before, maybe you thought you could be independent from some other people’s resources. Americans in history thought we were protected because we were in between two big oceans. We have natural barriers—nobody can hurt us. But September 11 happened, and you are not safe like you were before.”

Mukhtar also says the pandemic is throwing a wrench in America’s isolationist tendencies.

Combine that with the fact that ISIS is still a threat, and knowledge of Islam is more important than ever.

“It’s very important that our people know about Islam because we’re dealing with them daily,” says Mukhtar. “Our foreign policy makers are dealing with Islamic societies and Islamic people. As a good citizen, this is civics education—I need to know my enemy, period.”

This presentation fits squarely in line with SCWA’s focus on relevant yet enduring programming.

One of the biggest contributions SCWA makes, besides its wonderful presentation series, is its study abroad scholarships.

“What we’ve done in the past two years is not only give students at Savannah State and Georgia Southern scholarships, and we’ve doubled our budget which members are responsible for,” says O’Brien, “but we’ve also taken a number of those travelers when they’re overseas and tied them into Savannah public school classrooms.”

Through a partnership with a program called Reach the World, SCWA’s study-abroad students prepare classroom-friendly travelogs that show students back at home what their life is like while traveling.

SCWA also records all their presentations to send to senior care homes, where the adults in their care love watching the videos.

“So we’re touching all sides of the community,” says O’Brien, “from fourth grade to the geriatrics in our senior homes.”

As SCWA breaks for a summer of planning, they have two videos on their YouTube channel for viewing. Visit savannahcwa.org for more information on their organization and how to join.