For two weekends beginning on Fri., Jan. 24, Savannah Children’s Theatre will be taking on the classic tale of Matilda. Roald Dahl’s 1988 novel Matilda is a bonafide classic, and has been adapted not only into the beloved 1996 movie but also a musical.

Matilda: The Musical tells the classic story of its titular character, a 5-year-old girl who often plays pranks on her mean parents. Matilda uses her telekinetic powers to help her teacher, Miss Honey, get an inheritance that she’s owed by her aunt.

The two develop a strong bond, with Miss Honey recognizing Matilda’s intelligence and even trying to tell her parents of her uniqueness (to no avail).

The Savannah Children’s Theatre production will feature not one but two talented actors in the lead role. Ahead of the show, we spoke to the two Matildas—Marin Cox and Nikki DeCubellis. 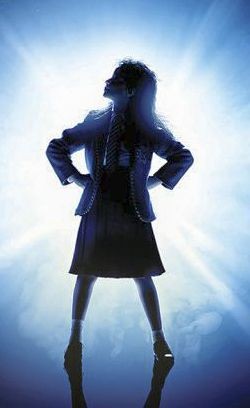 In your own words, how would you describe the character of Matilda?

Marin: She is small and powerful, smart and courageous. She stands up for herself even though she has parents that don’t love her and the most horrific school principal.

Nikki: I would say Matilda is very smart and loving. She has courage and is very loyal to others.

What’s your favorite part of playing this role?

Marin: I like the acting, singing, and dancing that comes with the role.

Nikki: One of my favorite parts is when I sing with the Escapologist, Chris Bass.

Do you have a favorite song in the show?

Nikki: “My House” is my favorite song, and my second is “Naughty”!

How about a favorite scene?

Marin: The storyteller/ acrobat scenes are my favorite!

Nikki: My favorite scene is when I put glue in Mr. Wormwood’s hat, or when I use my magic powers on Ms. Trunchbull!

In your opinion, what’s the best thing about being part of Savannah Children’s Theatre?

Marin: Getting the chance to express myself and interact with other kids with similar [interests]!

Nikki: The best part of being part of SCT is making new friends. It’s wonderful to share our talents with each other. It makes it a lot of fun!