THIS weekend, see some of Savannah’s most talented creatives display their photography.

The exhibition showcases each artist’s perspective on contrasting landscapes.

Notably, Emily Earl of Prismatic Prints did the printing and mounting of the show. 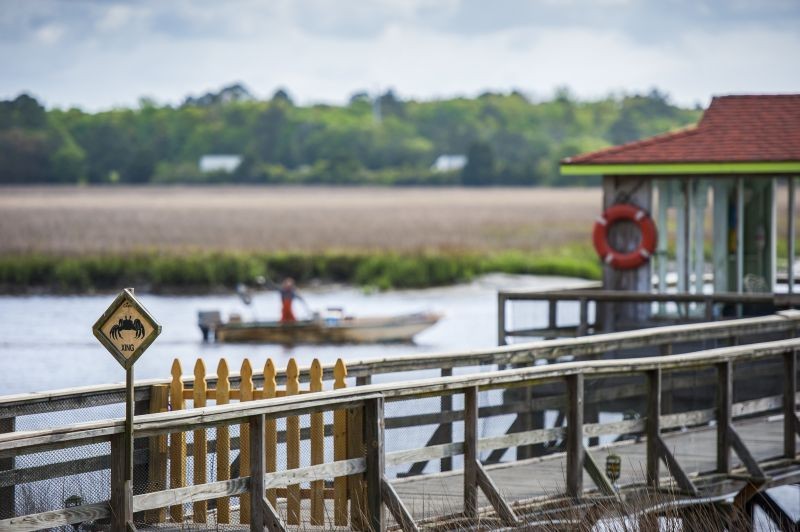 Connect talked to Johnson, Pleasants and Smullen ahead of the exhibition.

How did this exhibition come about?

Geoff L Johnson: I approached Jennifer and Emily, at Sulfur Studios, with the idea for this exhibition. Insley, Laura and Tim are accomplished creatives, although people may not necessarily know them as photographers. This seemed like a fun idea to build a photo show around.

Laura Pleasants: I was talking to Geoff about wanting to show some of my work. A couple of weeks later, he approached me to be a part of a group show with him. I’ve known Geoff for around ten years or so. I think I first met him when I hired him to shoot some promo shots for my band [Kylesa] at the time.

Insley Smullen: Geoff is one of the first people I met when I moved to Savannah back in 2011. I did some modeling for him, and over time began to show him my own photography, which he liked enough to invite me to be in a show with him. This is the first time I’ll be showing my photographic work in a public setting.

Tell me about yourself as a photographer. How long have you been shooting? What equipment are you using?

Geoff: I learned traditional black and white photography in high school and at SCAD, and have been an art photographer and freelance photographer for 20 years. I shoot Nikon DSLRs.

Laura: I have been shooting steadily since my early twenties. I graduated SCAD with a BFA in photography but I took a different path when I graduated and played in a touring rock band for over a decade. I continued to shoot regularly during my travels. I’ve shot with many different types of cameras over the years: Polaroids, 35mm, Holga/plastic cameras, medium format, large format, digital, etc.

During my travels with Kylesa, I rarely had anything nice to use so it was generally a Holga, a cheap 35mm or an iPhone. The photos I chose for this exhibit span some time. I think I shot with a medium format Bronica, an old digital point and shoot and various iPhones.

Insley: I’ve been shooting since I was eight, starting with a blue plastic Fisher-Price 35mm film camera. When digital cameras became available to the public (the ones that used floppy disks!), I messed around with those, and rode the “digital-is-the-future-of-photography” wave until college, when I transitioned back to 35mm. In my early twenties I started shooting medium format film, which is what I exclusively use now.

How did you choose what work you wanted to include? Is the work in this exhibition indicative of your usual style?

Geoff: I simply hoped we'd all show work we were excited about. Work we wanted to print, and see on a gallery wall. As we each curated images and shared our progress with each other, some appealing consistencies and contrasts emerged among our images.

Laura: It was very hard for me to choose specific photos for this exhibition mainly because I have so much archived content. I fell upon these because they seem to all have a similar vibe or narrative yet they vary in location.

Insley: The concept for the Rule of Four is based on the four color theorem, which is a mathematical statement proposing that in the creation of any map divided into regions, only four colors are needed to differentiate each region from the other, so that no two adjacent regions share the same color.

Because Geoff, Laura, Tim, and I are photographers with differing styles, shooting methods, and subjects, we wanted to find a theme for a show that allowed us to honor those differences and created space for any common visions to emerge organically. I chose work that is as close to visual poetry as I have been able to create.

What inspires you and your work?

Laura: I've spent a lot of time traveling. I love observing my surroundings and capturing a moment that projects a feeling or emotion of depth. Music and personal narrative heavily inspires my visual side.

The opening reception for "Rule of Four" is Friday, Oct. 5 from 6-9 p.m. as part of First Friday. Sulfur Studios is located at 2301 Bull St.