‘Rightfully Hers’ panel examines issues ahead of Georgia legislative session

GEORGIA’S next legislative session begins in January. Are you prepared to vote and make your voice heard?

The League of Women Voters of Coastal Georgia is set to host a special panel to get voters informed and involved prior to the start of the session.

“Rightfully Hers,” slated for Sept. 10, will take place at the First Presbyterian Church of Savannah. Panelists include Carol Nathan, Chair of Issues and Advocacy for the LWVCGA; Staci Fox, President and CEO of Planned Parenthood Southeast; LaToya Brannen, Savannah Chapter Organizer of 9to5; and Alex Muir, Advocacy Coordinator for One Hundred Miles. 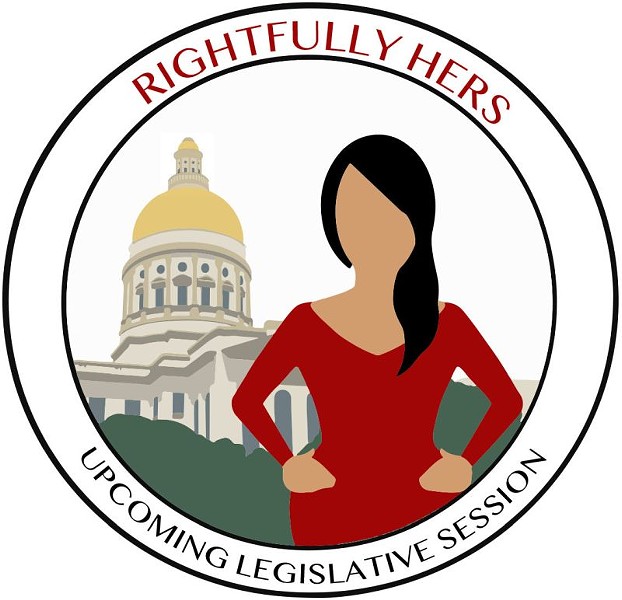 The LWVCGA celebrates 100 years next year and is a nonpartisan organization open to both men and women of any political affiliation.

Rebecca Rolfes, president of the LWVCGA, says part of the impetus for the panel was the failure of last year’s legislative session to consider women and their issues.

“Passage of the heartbeat bill, the fact that neither the ERA nor repeal of the tampon tax made it out of committee, the continued disregard for preserving and protecting our coastal environment –all issues of concern to women—are extremely troubling to the League of Women Voters of Coastal Georgia and our members,” says Rolfes.

“We put this program together and invited these speakers specifically to address what we can expect from the legislative session starting in January and what can be done to encourage our legislators to better represent the people who vote for them.”

One crucial issue for the LWVCGA this session is redistricting, or the process of drawing electoral district boundaries.

“Political and racial gerrymandering distorts and undermines representative democracy by allowing officials to select their voters rather than voters to elect their officials,” says Nathan.

“Ensuring the integrity of the voting process is at the heart of everything we stand for in the League. The best way to help with this effort is to let our representatives know we want the House and Senate bills to get out of committee and get on the floor for debate.”

Last session’s “heartbeat bill,” or HB 481, was one of the most contentious decisions of the session.

“This year, reproductive health and rights were attacked like we’ve never seen before. Georgia passed a six-week abortion ban, outlawing the procedure before most people even know they’re pregnant,” says Fox.

“Thousands of Georgians stood up and spoke out in opposition to this dangerous ban, but our lawmakers didn’t listen. Next year, we will continue to fight to protect vital access to care in Georgia and to lift up the voices of Georgians so that our elected officials focus on the real problems facing the state instead of playing politics with our lives.”

Brannen explains that in the next legislative session, 9to5 will work on HB 588, or the Georgia Work Credit and Earned Income Tax Credit, as well as the census, Get Out the Vote, and engagement. She hopes to see more individual get involved.

“They can attend future town halls, send letters of support to co-sponsor Representative Ron Stephens, and volunteer with the local Savannah 9to5 chapter,” she lists.

A majorly important issue at this time is Georgia’s coast.

Time is running out for Georgia’s coast to adapt to climate change impacts, such as sea level rise, increased storm surge, and sunny day flooding.

In 2019, amendments to the 1979 Shore Protection Act set these efforts back even further,” says Muir.

“Meanwhile, many of our neighboring states have moved beyond acknowledging the effects of climate change and are working to find solutions for keeping people and property out of harm’s way. We need Georgia’s leaders to implement proactive solutions that will make our coast more resilient in the face of these looming challenges.”

For more information on the panel or to register to attend, visit lwvcga.org.