Ty Thompson reinvents himself after The Hypnotics’ dissolution

Dissolving a band can be an odd thing to do, especially if you’ve been in the same one for a long time. Much of your identity is wrapped up in that musical entity, and it’s not always easy to move on to the next thing.

What Ty Thompson did, when presented with the realization that his longtime band The Hypnotics was over, was to take the ball and run in the opposite musical direction. He took some of the songs he was working on for a Hypnotics record, retooled them a bit, and launched Rev Bro Diddley & the Hips.

The result is a self-titled record that is a bit more raw and unfiltered than what might have come from a Hypnotics record given their 50s and 60s aesthetic.

With a tight band assembled around him, Thompson and his Hips have done a handful of shows since September and are gearing up for a big one to wrap up 2019: supporting Futurebirds at Victory North on Fri., Dec. 27. We caught up with Thompson ahead of the show. 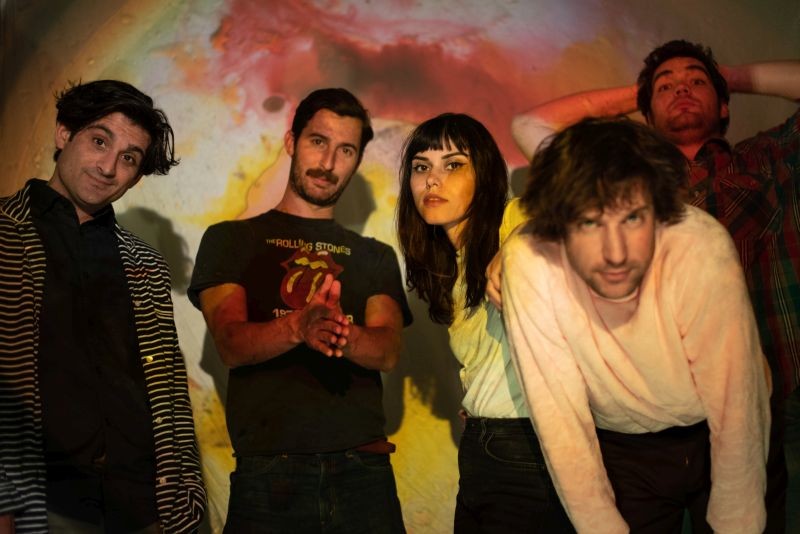 This is the first “big” gig for you guys!

Yeah, big time! We’re still in single digits, I realized the other day. We played our first show in September, I think, and so this is the one and only big gig. It’s exciting. It’s nice to be able to play on a big stage with a presumably nice sound system, and test the whole thing out in front of a bunch of people who really haven’t heard us at all.

Did the Hips record start out as a Hypnotics project? Tell me about how all of that happened.

Totally. That part got a little blurry, because the Hypnotics were working on a record and we knew that the drummer, Ira, was going to be moving to Pittsburgh. But right in the middle of record, our bass player Ryan got an opportunity in Seattle that he absolutely could not pass up. I just thought that I didn't want it to be a dead record, you know? I've been guilty of not committing to releasing material, and that's something that I wanted to rectify.

I just told those guys, “Hey, I want this thing to see the light of day.” Also, we released an EP a couple of years ago but I think it’s fair to say that original music wasn’t really our main thing. What’s funny about that is that The Hypnotics was a response to being in an original band for so many years—a psych rock band out of Atlanta.

I spent years putting my soul into it, driving around in a smelly van with a bunch of guys and trying to figure out how to impress record labels and all of that. I said, “What’s the opposite of this? Maybe being in a three-chord, 50s and 60s cover band and we don’t have to think about jack shit.” So, we did that for a couple of years and now I’ve kind of ping-ponged in the other direction.

Would you say that after you took the record into your hands and completed it on your own, that you had a different scope or vision for the songs?

That definitely happened. The record started out a little bit more pastiche—I was more focused on what they would’ve done in the 60s. I was more focused on controlled vocals and harmonies. So when everyone moved away I was like, “You know what? This can be whatever I want it to be.” As cliche as it is to say, it was actually a bit liberating. I was over here trying to control my vocal, but my vocal is gravelly and imperfect, so let’s just howl and scream and be sarcastic and just have fun with it.

I won’t say it necessarily turned into a better thing, it was a really honest expression. I felt a little bit more free to do what I wanted to do with it.

You’ve got a great band now [Jhovana Aguilar, Kyle Brown, Jesse Centrella, and Jalen Reyes]. Will you solidify that going forward and do a record with them, or will the records be your thing and the band will be for live purposes?

Well, [the latter] was kind of the initial thought. It’s funny, because I feel like that was more of a protective reaction to my bandmates moving away. For a while, I was even performing as a one-piece act. But when people started approaching me about playing these songs live, and once the five of us got together, it so quickly became the opposite.

We’re now a five-piece band. I have a feeling that in the future there will be written contributions from Jhovana and Kyle. Jesse and Jalen also write music that is amazing, so nothing is off limits.