“I vowed I would not listen to any country,” he declared.

Instead, he dug even deeper into his roots of hill country blues, Memphis rock, and psychedelia. It’s the music he and his brother grew up listening to in Hernando, Mississippi with their father, prolific musician and producer Jim Dickinson. 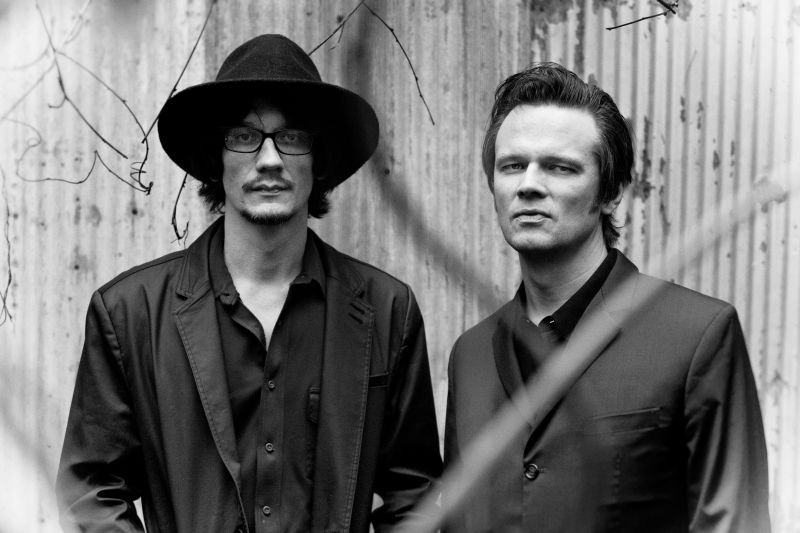 The band returns to the Savannah Music Festival on Thursday night with their upbeat blend of blues and Southern rock. Luther (guitar, lowebow, vocals) and Cody (drums, keyboards, electric washboard, vocals) are still feeling the buzz from their last album Prayer for Peace, which reached number one on the Billboard Blues Album charts shortly after its release in June 2017.

The title track ponders, “What would Martin Luther King dare to think? / Would the state of the world today cause Brother Martin to drink?”

Luther began writing the song over three years ago while reading a book by his friend Mavis Staples, the famed R&B singer and civil rights activist.

“All the songs from the civil rights movement are still just as powerful and poignant today,” Luther says. “Progress is a fragile thing.”

Even as they address heavy topics, the brothers maintain a positive, unifying vibe. Luther traces the band’s optimism back to the start of his career, touring with storied blues singer R.L. Burnside.

“He could sing the saddest song in the world with the biggest smile on his face, and it would get people dancing,” Luther recalls.

The Dickinsons are always finding ways to get even more people dancing to the blues. Last year, The Blind Boys of Alabama (who also played the Savannah Music Festival this year) recorded their own version of “Prayer for Peace.” It inspired Cody, who had been experimenting with electronic music, to take their recording into his digital workshop. He emerged with a mashup of blues, gospel, and dance hall beats that kicked off BDM (Blues Dance Music), a 5-song EP released March 9th.

With 19 albums, 3 Grammy nominations, and collaborations that include rappers, folk singers and jam bands, Luther says, “I feel like we’re just getting started.”