Pohgoh falls in love all over again

For a large part of the 90s, Tampa, Florida’s Pohgoh was a leading light in the DIY scene– touring relentlessly, releasing a number of albums, and leaving a major mark on the legacy of second wave emo. They disbanded in 1997, with the occasional reunion show popping up. Members kept busy in the two decades that followed the band’s dissolution, with singer Susie Ulrey and her husband – drummer Keith Ulrey – founding New Granada Records. Keith Ulrey is also the owner of Tampa record store Microgroove.

Their new album, Secret Club, marks the first time that the band has reconvened for a full-length album since 1997’s Memory Of Bab, and finds them in top form. The songs explore a multitude of subjects, including Susie Ulrey’s long battle with Multiple Sclerosis, and are presented with the group’s angular brand of guitar rock.

We caught up with Susie Ulrey ahead of the band’s September 23 show at Starland Dairy to talk new music, bands reuniting, and what comes next for the indie darlings. 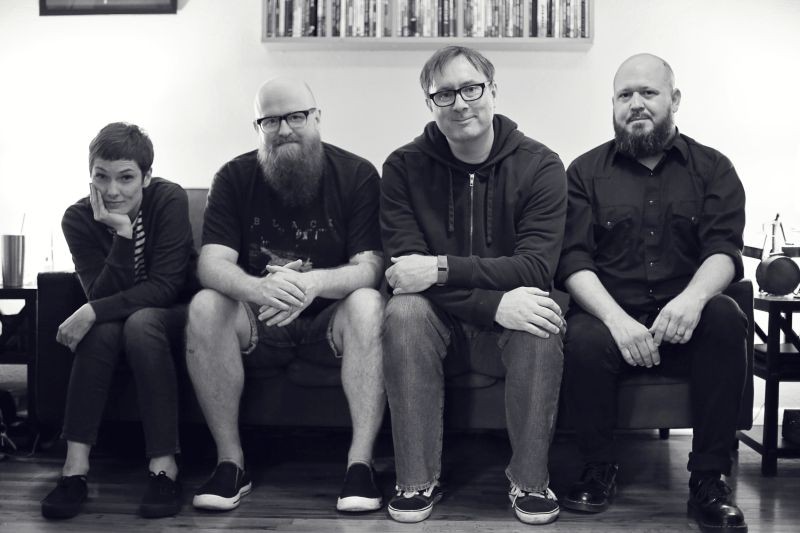 SU: I had a different perspective because I was younger. We definitely still have a scene here, but it’s changed over the years. From our perspective, there were more all-ages venues and there was a bigger scene. But there’s stuff going on now too, so in that sense we were more active then because of where we were in our lives. It’s still happening, though. Obviously social media has changed booking and promoting shows as well. The whole landscape has changed, which presents a different set of challenges.

Do you think Pohogh benefits the way music is released these days rather than the business model of the 90s? Is the Internet a benefit, or do you prefer the way things were done when you started out?

SU: I think it’s just on a larger scale now. Everything’s way more accessible. We can get things across to other countries a lot quicker. We were still getting our stuff out over in Japan – we found that out after we’d already broken up, actually.

I think that you really had to hunt for things 20 years ago, which might have made it more gratifying. It’s almost like the question about the scene – it’s different because there’s a different set of challenges.

What was the impetus for reuniting the band in a full-fledged way? You guys have done things on and off over the years, but it seems like you’re revamping. What was the moment that you realized you were in it again?

SU: The last reunion we did was so much fun that we just said, “Let’s play! Let’s get together once a month and just see what happens. And if we can’t do once a month, then cool. No expectations.” We started practicing more, and Matt brought a riff to practice that became the first new song in 20 years. And it was so obvious to us. It’s kind of like when I realized I was in love with my husband. Like, “Duh! Of course I love you. It’s perfect.” When we got back in the same room together we said, “Of course we need to do this. Why did we ever stop?”

Obviously we had reasons why we stopped. Matt has his own band for a long time, and they did two full-length records and toured behind that. Keith and I had our side project, Rec Center, which is kind of on the back burner a little bit. Brian, who’s in the band now, played with us in Rec Center. When Brad, our original bass player, said he couldn’t commit to the band, Brian’s addition was a natural thing. It just feels full circle. The timing is right. It’s all timing. 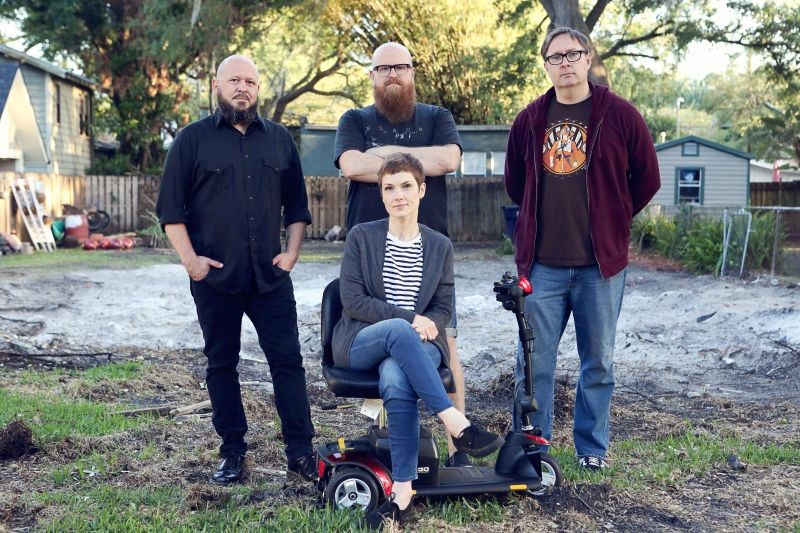 Seems like there’s sort of this thing happening right now particularly with ‘90s bands – I tend to put you guys in the same category as bands like Blake Babies, The Breeders, Letters To Cleo, and Belly. Those bands are not just touring again, they’re making records again. Why do you think that is?

SU: I think all of these bands, we’re all kind of in the same place in our lives. A lot of people are returning to the thing that gave them the most joy when they were younger. There was no fear of failure because you had a lot less obligation. Maybe now, from a DIY perspective, maybe we have the disposable income that we maybe didn’t have growing up. It might also have to do with the political climate right now, with everyone looking for some sort of creative outlet. Maybe that’s why our record is such a rocker.

How much of what’s happening in the world right now made its way into what you wrote about on the new record? Was it something you felt compelled to do or was it just naturally a factor in what you were doing?

SU: When I write a song, I’m not necessarily thinking about the structure of it unless I have a certain topic in mind. But every song I brought to practice I was like, “Alright, this is a rocker.” I can’t say that the songs were necessarily written about the election. There’s a song on the record that I wrote about being harassed by someone and being fetishized for being a disabled woman. That was not a result of the Me Too movement. That was something that happened to me, as a woman. So nothing was intentionally written because of the political climate, but it feels really great to play those songs right now.

Have your tastes changed musically, individually or collectively? What are you guys listening to now, and how has your evolving musical interests impacted where you’re at now?

SU: I think we all still have the same indie and punk foundation, and the initial influences still feel right to us. It’s impossible to not expand your horizons, though. I’m sure it plays a big factor in how we’re writing, and I think it helps us to be more firm about stylistic things. I’m also a more confident singer than I was 20 years ago, so definitely in that case it’s had an impact.

What’s the future of the band? Do you want to keep moving forward with it and keep making records?

SU: The year’s pretty much planned out, tour-wise. We’re going to do a tour and then do Fest [in Tampa], and then I think we need a break [laughs]. That’s a lot of activity. We’ve talked to a label in the U.K. about going over there – I can’t even wrap my brain around an opportunity like that. But the point is, we’re just going to roll with it. If we’re presented with an opportunity, we’ll see if it works out with our schedules. If we continue to write songs, I’d love to make another record. No expectations, no pressure.

I don’t even like getting frustrated or impatient at practice. I have to remind myself, “Why I am I doing this? I love this, so what I am I so flustered about?” I really have to get a little perspective and remind myself that this isn’t 20 years ago. There’s no endgame here.