Paint Fumes aren’t easily boxed in, but there’s something undeniable about the Charlotte-based garage trio—they’re not of this time.

Do they fit in with the proto-punk and garage rock of the 60s? Most definitely. Do they also sound like the future of lo-fi, no frills rock and roll? Absolutely.

Taking cues from The Sonics, The Gun Club, The Stooges, and The Feelies, the band is an amalgam of influences that merge in such a way that you’re immediately captivated. Their unique brand of garage rock has taken them all over the world and has garnered them critical acclaim, particularly for their most recent release What A World.

The band is set for a gig at El-Rocko Lounge on Wed., Nov. 27, and we chatted with guitarist/vocalist Elijah and guitarist Brett ahead of the gig. 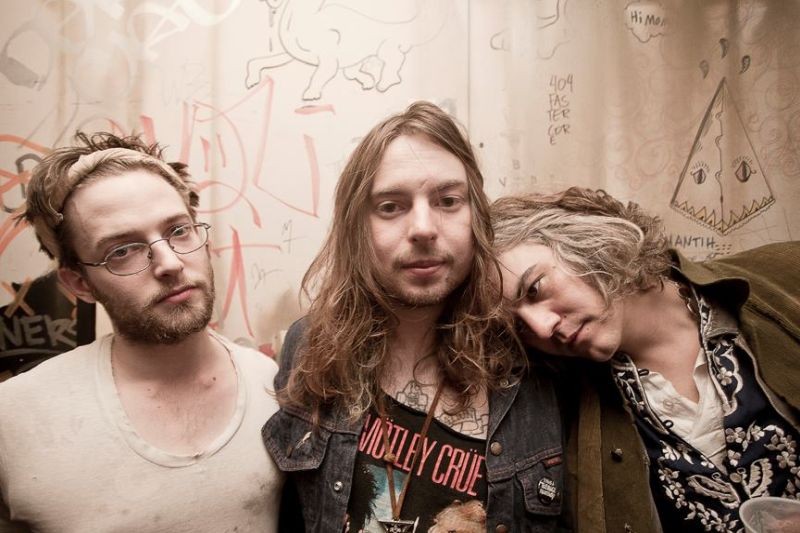 Sonically what you guys do is really lo-fi sounding, in the best way. It follows in the tradition of bands like The Sonics, The Stooges, etc. Was that a strategic thing?

Elijah: In my mind, we kind of just worked with what we had. Brett recorded everything—that’s more of a Brett question!

Brett: I mean, Elijah—you could definitely say that there was that influence in terms of the songwriting.

Elijah: Oh, yeah! Songwriting-wise, for sure. We were definitely influenced by those bands.

Do you feel like the songwriting dictated how it was recorded?

Brett: Oh, definitely. Each song would give you different ideas. Like, “This song needs a tambourine or a hand clap.” Each song will tell you, if you let it.

Did you guys know what kind of band you wanted to be from the start?

Elijah: We know what we liked, for sure. Gun Club was a huge influence. And also, like, the old Killed By Death compilations were really big for me.

Brett: I remember early on, the stuff that we bonded over was The Gun Club and The Feelies. We still listen to that stuff all of the time. Around the time that the band was forming and we were becoming friends, we didn’t really know anyone else who was listening to that stuff.

Elijah: Brett was the first person I’d met who even knew who The Feelies were!

There are small segments of people who know who that band are, like if you’re from Hoboken or something; or if you know The dB’s, you might know The Feelies. When you find like minded people, it’s always exciting. Did you feel an immediate musical connection once you discovered your shared influences?

Elijah: Well, I didn’t really play guitar then. Even when we first met, I wasn’t really playing music. We became friends and then I was like, "I want to start a band." Brett was the first person I wanted to do this with.

Doing what you guys do in Charlotte, is there a viable scene happening?

Elijah: There was a really good scene when we first started, and a bunch of sick bands. It's actually starting again.

Brett: A lot of bands started at the same time, but a lot of them ended up moving away or starting different projects. But there’s still a core group of people in Charlotte—about, like, four or five good bands that are always doing stuff.

Elijah: It’s starting to happen again! It was a bit boring for a while, there [laughs].

What’s in the pipeline for you guys?

Elijah: The new record just came out, and we’ve got an upcoming Europe tour. And then we’ll take a few months break to make our next record, which we’ve got a lot of written. And then we’re talking about doing another West Coast tour, and possibly an Australian tour. But I’m kind of scared of spiders, so I don’t know how that will go [laughs].

I hear the spiders are gigantic there. I don’t know if that’s a myth or not?

Elijah: They’re fucking huge! If it happens, I’ll totally go. But I’m going to be all kinds of jumpy.