NO TVs. No DJs. Just a small bar, cozy bench seats in the old tradition, lots of conviviality, and plenty of pints.

That’s O’Connell’s Pub on Drayton Street, one of the most authentic Irish pubs outside the Emerald Isle.

And with the recent closing of Kevin Barry’s on River Street, the last Irish pub left standing in Savannah.

“This is a social place for conversation,” says owner Dan O’Connell, scion of one of Savannah’s great working-class Irish families. “We have some rowdy nights in here, but that’s not our model by any means.” 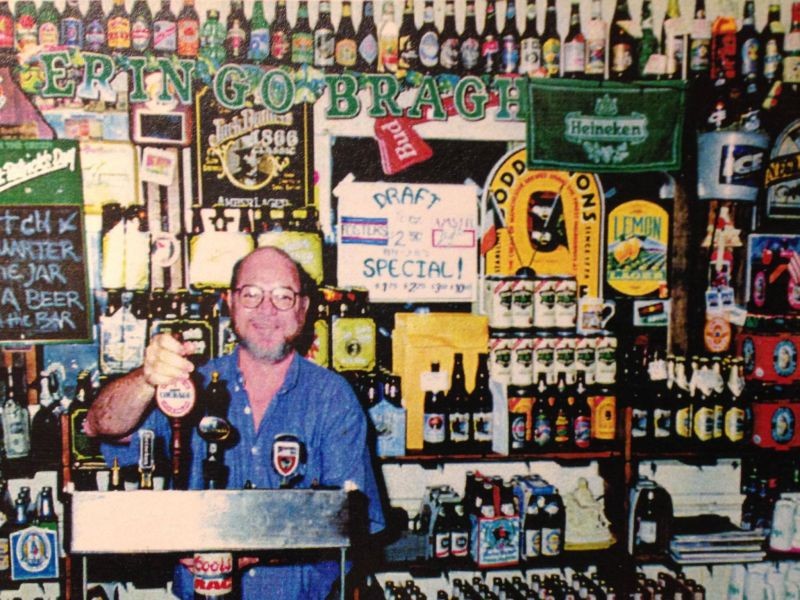 Contrary to what you might think, there was no sense of competition with Kevin Barry’s — quite the opposite.

“Them closing really hurts,” says O’Connell. “What Kevin Barry’s did for Irish music was no joke. People up and down the East Coast knew that stage, and they knew musicians played there every night for decades.”

And now that leaves just O’Connell’s.

“There should be three or four Irish pubs in this town. It’s nuts,” says O’Connell. “I mean, there are three Irish pubs in Daytona Beach.”

Old-timers will remember two previous locations of O’Connell’s, before its move to Drayton in 2010. Originally named for Dan’s grandfather Patrick O’Connell, “Grandpa Pat,” who owned a popular painting business in Savannah, O’Connell’s began as the labor of love of Dan’s father Malcolm who retired after a long military career.

“We did it for the namesake. We did it for Grandpa Pat, to keep the O’Connell name going. That’s the same way I treat this — to keep that name going for as long as I can. It’s pretty much all I’ve ever wanted,” says O’Connell.

The elder O’Connell was a larger than life character. “My dad was a true publican, a big personality behind the bar. He could tell stories, he could really work a crowd,” says O’Connell.

“I was never that way. I’m more of a worker type. And I’ll work here until the day comes I can’t work anymore,” he says.

“I’m not the type to just sit at the end of the bar and direct people. That’s not how my dad did things. It’s a very Irish attitude, a humble, hard-working attitude.”

The pub originally opened in the early ‘90s in the place now occupied by Cha Bella on East Broad. After a few years, it moved to Congress Street, in the building now occupied by The Lady and Sons.

For a hot minute under different ownership, O’Connell’s was turned into more of a live music spot for touring bands.

“People would come up to my dad in church and say under their breath, ‘what happened to the place?’” laughs O’Connell.

Subsequently renamed Finnegans Wake, the pub space was eventually taken over by Lady and Sons in 2006.

Meanwhile, after graduating SCAD and making the rounds in the local food & bev industry, O’Connell decided “I was ready to jump back into the game. It’s the business I grew up in. It was time to get an Irish pub up and going again.”

And so, this March 17, O’Connell’s will mark its 11th St. Patrick’s Day at the Drayton Street location.

In classic Irish tradition, there are no flat-screen TVs with sports on, or with anything else on, for that matter.

There have been a couple of exceptions.

“We brought a TV in here for the 2010 World Cup, the last time Ireland qualified to play,” recalls O’Connell. “And this past New Year’s Eve we brought a tiny TV in so people could watch the ball drop. I think it’s important to have that visual.”

But otherwise, what you see is what you get: Gaelic football jerseys line the wall, along with police and firefighter patches from around the country.

The occasional pub crawl or bachelorette party comes through, but mostly it’s a mix of regulars and tourists looking for a quiet spot, with plenty of service industry workers who come in to unwind and decompress.

“Service industry people are our backbone, and that’s what we want the most,” says O’Connell. “I think the tourism in Savannah is great. But we’re proud to represent Savannah and the Irish community.” 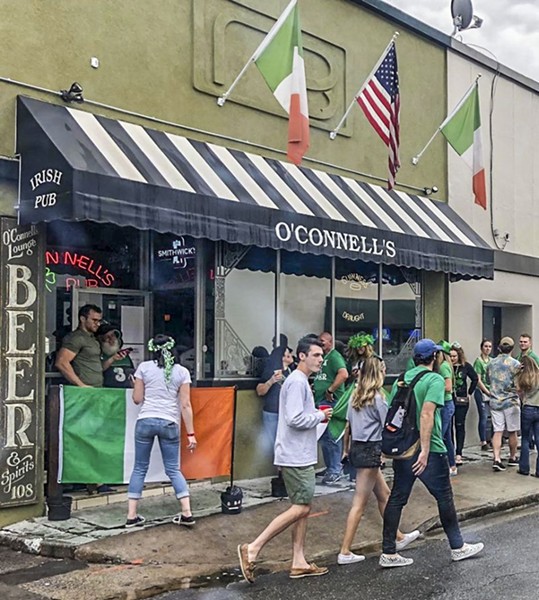 As far as drink goes, “Guinness is still king,” O’Connell says, at the bargain price of $5 a pint. “Any Irish product will go ahead of anything else. And any Irish whiskey in the state of Georgia, I’m going to have it on the shelves.”

Longtime bartender Dirk Hardison is a perennial sight pouring pints, and a font of information and interesting conversation.

“Dirk knows everything there is to know about downtown Savannah. I’m never letting him go,” says O’Connell.

One of their few nods to modern bar culture has been the recent addition of the very un-Irish phenomenon of hard seltzer.

“My younger crew of Derby Devils had to ask if we were going to start carrying it. I was like, I don’t even know what you’re talking about,” laughs O’Connell. “They had to explain to me there’s Team White Claw, and Team Truly.”

For the future, O’Connell — an accomplished Irish musician himself — says the pub will try to fill the void left by Kevin Barry’s with regular Irish traditional music sessions, possibly on Thursdays.

O’Connell’s relationship with the Ancient Order of Hibernians and with the new chapter of the Gaelic Athletic Association will further help cement ties with the Irish community by hosting events.

“It would be easy to walk away and let hotels take over downtown. But as long as I can, I’m not gonna let that happen. There is going to be an Irish pub in Savannah. And I hope other people will jump in.”