AFTER YEARS of delays and discussion, and perhaps the most intensive public outreach campaign undertaken by the City of Savannah in recent memory, a new zoning ordinance was adopted by City Council at its July 18 meeting.

While NewZO is not perfect (the editor of this publication jokingly suggested a drinking, game based on the frequency with which even supporters uttered that phrase) it’s certainly superior to the ordinance it replaces, which was crafted in the 1960s.

“NewZO is not perfect and it never will be,” said District 2 Alderman Bill Durrence. “It’s a dynamic document.” 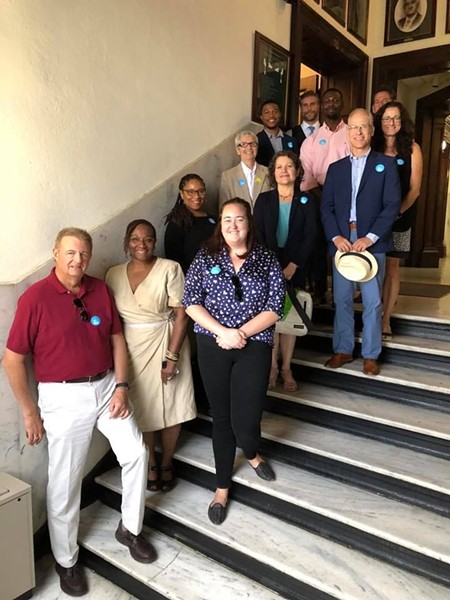 Once Council officially repeals the existing ordinance, NewZO will go into effect on Sept. 1, but will not be applied retroactively to projects currently in the approval pipeline.

Durrence said a six-month grace period will extend to March 2020, during which developers may choose to comply with NewZO or the older ordinance.

After that, it’s all NewZO all the time.

According to Durrence, the first benefits of the new zoning ordinance may not be immediately noticeable, but are significant. He said he knows of several developers who were waiting on the sidelines for the ordinance to pass and will now move forward with their plans, including some slated for the Waters Avenue corridor.

As I have written in the past, some of Savannah’s most cherished public spaces — including Forsyth Park — could not exist if we wanted to create them today because there’s not enough parking to meet minimums. Many beloved historic structures are also noncompliant with the old ordinance.

However, NewZO is not just about parking and buildings according to Kreissler. She said the real benefits will be reveal themselves over time and will improve the lives of residents in numerous and important ways.

“In Savannah many small businesses are aligning with healthier food options to help make the healthy choice easier. NewZO underscores these opportunities and will definitely strengthen the social fabric of all neighborhoods creating healthier communities,” she said.

Kreissler said there are even more potential benefits, particularly if the ordinance is strengthened going forward. Remember, it’s not perfect. Kreissler already sees next steps to make the ordinance better.

“Shorter block requirements, grid patterns for blocks, mixed use retail and housing, and accessory dwelling units would all contribute to thriving neighborhoods. If these are allowed to manifest we will have improved connectivity for walking and biking – resulting in increased physical activity,” she said.

Durrence described the public input campaign conducted in advance of NewZO as “messy, time-consuming, and difficult,” but also said it should serve as a model of how to involve citizens in the process and contribute to the discussion in meaningful ways.

And for their patience.

Compared to the standard hearing format, in which citizens are allowed to approach a podium and speak for three minutes or less, the process undertaken by Lidy and Lotson was much more inclusionary and immersive, Durrence said. This allowed participants to find common ground, even if they didn’t ultimately agree on everything.

“What’s really wonderful to see, as a planner who’s been living in savannah since 2007, is government agencies working with each other and with neighborhood associations and community groups on a truly collaborative effort,” said Whitney Shephard, principal engineer/planner for Transport Studio, a transportation planning and engineering services firm.

“It’s a win for all of the people who have volunteered their time over the last ten years,” she said. “I want people to participate and have a voice in policy making, and council’s adoption of NewZO confirms that citizens who become involved can make a difference.”

“Over the last several years the collaboration between public and private partners to get this to City Council for a vote was amazing. The Metropolitan Planning Commission and City of Savannah staff eagerly engaged many sectors to get this first major move on zoning into law,” she said.

“So many organizations, including Healthy Savannah, were at the table helping to create the bridge from the outdated ordinance of the 1960s to the one that was passed at city council on July 18. Collaboration is the key and model to follow for any campaign and implementation to be successful.”