Needtobreathe: a band of brothers

HOW DO you follow up a chart-topping, critically acclaimed, synth-infused album?

To do that, singer-keyboardist Bear Rinehart, his lead guitarist brother Bo and rest of the band left the comforts of their South Carolina home studios for Nile City Sound, the Fort Worth, Texas studio where soul singer Leon Bridges made his Grammy-nominated debut album “Coming Home.”

“We met these guys who did the Leon Bridges record down there and just got intrigued by it,” Bear Rinehart said. “We do a lot of our recording ourselves or at least co-producing. This was something we wanted to try. We were liking the early ‘60s soul vibe. We had been throwing off some Isaac Hayes references. So we said, ‘Let’s go down there for 10 days and see what happens.’” 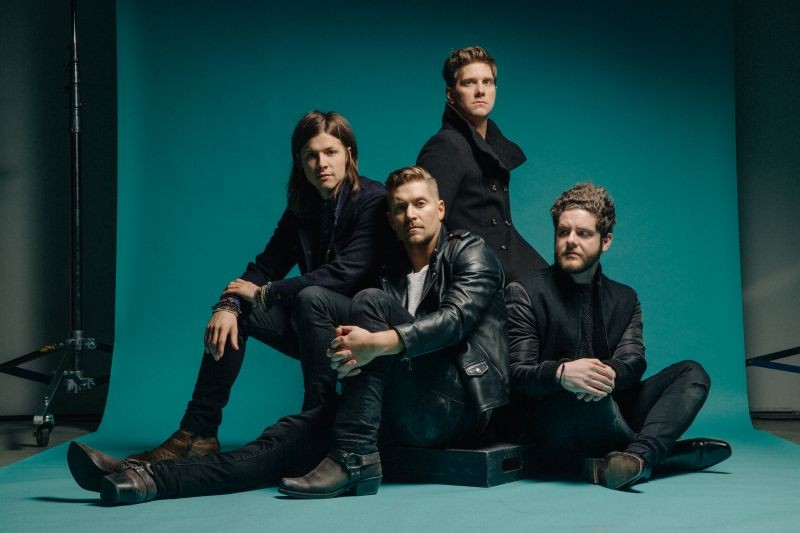 What happened was a fast-moving session in which overdubs and meticulous note-by-note production were kept to a minimum.

“The vibe was right to record live,” Rinehart said. “The record’s very much that way. A couple songs we did live, it was one or two takes of a song, which is pretty crazy for us. We usually take a year to make a record. My favorite bands live play stuff fast. That’s what we were doing in the studio. We did a good job of keeping that live vibe.”

The sessions, which were intended as an experiment, became “Forever On Your Side (Niles City Sound Sessions),” the four-song EP the band decided to release earlier this year.

“We ended up cutting seven songs,” Rinehart said. “We thought, ‘This could be half a record or we can take the ones we like and put it out now.’ It’s the fastest turnaround we’ve ever had.”

Now those songs are making appearances in Needtobreathe’s live shows.

“The title cut, that song could have been on any record that we’ve made,” Rinehart said. “(Folk duo) Johnnyswim guested on the song and they’re out with us on the tour. They’re doing it live with us. It’s cool.

“This is the biggest show we’ve ever taken out in terms of production and the biggest crowds we’ve ever played to,” Rinehart said of the tour. “It’s going great. The first shows, you’re worried somebody will set themselves on fire or something. We got through those and now it’s really going good.”

The show also includes some songs that are included on Needtobreathe’s new live album. But they won’t sound the same as they do on “Acoustic Live, Vol. 1” which was released in November.

“For 10 years, we’ve been asking the agent to book us an acoustic tour, but the timing was never right,” Rinehart said. “We were getting bigger and they wanted us to play the bigger places, to play the electric rock show. Last year, we finally got to go out and do some acoustic dates.

“It was a blast. I knew after the first night it was going to be a record. It was so different and weird from what we usually do, I knew we had to put it out for the people who weren’t able to get to the shows,” he said.

“Acoustic Live, Vol. 1” is Needtobreathe’s second live album to go along with six studio records and the EP. Those recordings have been markers in the band’s career.

“We’re a 15-year overnight success,” Rinehart said. “When people ask what the turning point was, every little bit helps. It’s hard to keep the band together.”

That’s particularly true when it’s a literal band of brothers — see The Kinks, Oasis and even The Everly Brothers.

But Bear and his younger brother Bo have kept it together for two decades, since they started performing together as high school kids.

“It’s been a roller coaster ride,” Rinehart said of being in a band with Bo. “We’re a lot better at it now. Both of us have families, that seems to tone things down a little bit. And, with the band, we realized that every show isn’t make-or-break, that there isn’t one thing that is make-or-break.”

The Rinehart brothers were raised in Possum Kingdom, S.C. before moving to Seneca, where they played together at coffee houses at Furman University.

There, Bear joined the Furman Paladins as a wide receiver and won the 2002 Banks McFadden trophy for South Carolina football player of the year.

Not surprisingly, Rinehart said one of the best things about being in Needtobreathe is that he’s become friends with athletes from across the country. And he and Bo remain big sports fans

“College football’s the thing,” he said. “Me and Bo were named after Bear Bryant, so we were in it from the start. We didn’t really have much choice.”

The Rineharts, who are sons of a pastor, put together Needtobreathe after Bear graduated from Furman, taking the band name from a Socratic teaching. After a pair of independent releases, Needtobreathe was signed to Atlantic Records and released its major-label debut in 2006.

Simultaneously with its release, NeedToBreathe was on the cover of “CCM” magazine, the leading contemporary Christian music publication. And the band has won 10 Gospel Music Association Dove Awards for song, album and group of the year and got a 2015 Grammy nomination for Contemporary Christian Music Performance for the song “Multiplied.”

But Needtobreathe has consistently avoided the “Christian music” label, calling itself a rock band and largely being seen as that by the music industry and fans.

That said, there is a spiritual component to the band’s music, designed to touch those who hear it, Rinehart said.

“In our lyrics the only thing we really try to do is tell the story of what we’re going through. If I was being honest, a lot of the time, we don’t know how the story ends. I think that’s what draws people to it,” Rinehart said. “It never made sense for us to be the party soundtrack. If we were going to do this, it ought to have some sort of purpose.”