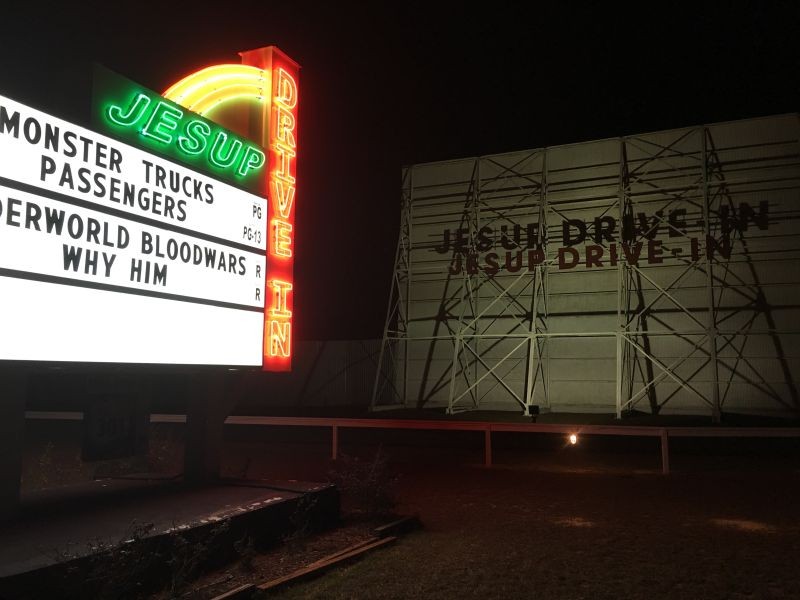 A DRIVE-IN theater a short drive from Savannah is participating in what’s billed as a "celebration of multi-cultural voices in film."

Amazon Studios and Michael B. Jordan’s Outlier Society are launching “A Night at the Drive-In”, a free nationwide summer screening series featuring a wide selection of films amplifying multi-cultural voices.

“In an effort to evoke the nostalgic joy of a summer evening at the drive-in with family and friends, attendance will be at no cost to local communities,” says a spokesperson.

The Jesup Drive-In Twin in Jesup, Ga., is scheduled to participate. Free passes can be downloaded at ANightAtTheDriveIn.com (while supplies last).

Starting Wednesday, July 1, Amazon Studios will host double-features curated by Michael B. Jordan with help from his newly formed marketing arm 8788 and Outlier Society, every other week through the end of August.

“When Michael and our friends at Outlier proposed this idea, we instantly agreed there was no better time to celebrate these inspired films featuring diverse stories while bringing communities together to share in the experience” said Jennifer Salke, Head of Amazon Studios.

“Drive-in theaters offer a unique experience in that they provide an inspiring and joyful communal experience while still maintaining safe social distance.  A special thanks to our friends and colleagues at Sony Pictures, Warner Bros., Disney, Universal Pictures and Paramount Pictures.”

“With this drive-in summer series, I hope that friends and families are able to not only enjoy, but to learn and grow,” said Michael B. Jordan, Principal of Outlier Society. “Now more than ever, amplifying Black and Brown stories means engaging culture to speak to hearts and minds about the world we live in. As we use this opportunity to reimagine community and proximity, I am excited that these films will be shared and celebrated all across the country.”

As part of the concessions for the screenings, all attendees will receive refreshments provided by Black and Brown owned businesses, which are Path Water, Pipcorn Popcorn and Partake Cookies.

Jordan and Outlier Society, who have a TV first-look deal with Amazon Studios, selected films from Prime Video’s vast portfolio of content. Each week the featured titles will focus on a specific theme:

Movies to make you fall in love:

Movies that make you proud:

Movies to inspire your inner child:

• Spider-Man: Into the Spider-Verse

Movies to make you open your eyes:

• Do The Right Thing (Universal)

Movies to make you laugh:

The program will kick off Wednesday, July 1 and run through the end of August. Participating theaters are: