MONTAGE Cinemas, a pop-up movie theater and film group based right here in Savannah, was gearing up for a big year of film screenings when things went sideways. The COVID-19 put their plans on hold, and forced them to figure out another way forward. Mason Boudreau, the founder of Montage, decided to explore the world of virtual screenings—as many theaters have done since shutting down physical ones.

Montage began in 2018, when Boudreau moved to town from Jacksonville. He wanted to establish something that could provide audiences with the chance to see arthouse films in unique settings, and set out to make it happen. 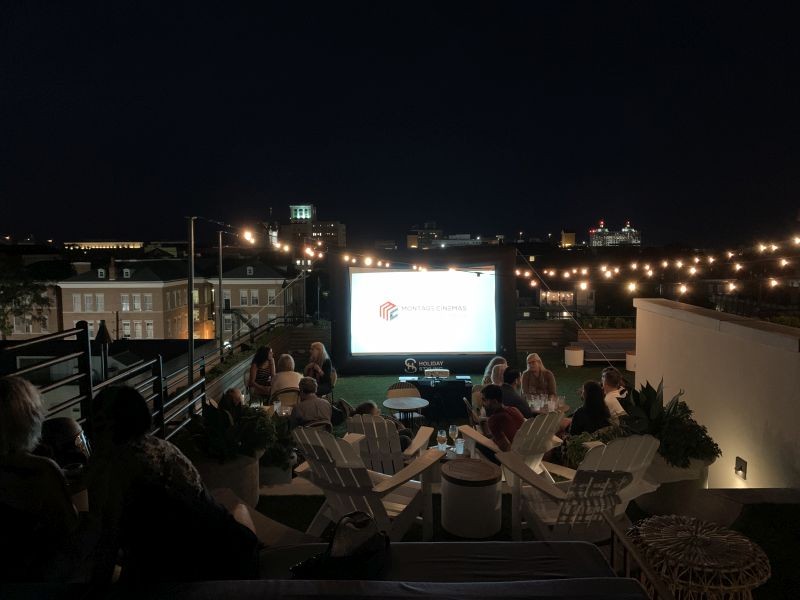 “One of the first things I noticed is that there were no arthouse cinemas—nowhere to watch the newer indie movies. Without having any actual experience, it was hard to say, ‘Hey, let’s open up a movie theatre,’” Boudreau tells Connect.

“So as a way of trying to understand the industry and do something different, we started doing the pop-ups. We started out doing one or two movies a month, and now we peak around the fall doing eight or nine a month.”

Not long after things got rolling, Montage began establishing relationships with production companies like A24, who has become widely known for producing and distributing some of the best independent films of the last several years.

“They’re the industry leader when it comes to indie films,” he says of A24. “They’ve been really cool. We showed The Lighthouse when it came out, stuff like that.”

Before everything happened, Boudreau says he was considering opening a temporary space. Quickly, the transition was made to virtual screenings, which officially launched last week.

“We were kind of bummed out at first, because we were getting really close to moving forward with the new model. But what we did first was start a podcast and start engaging people on social media,” he says.

“We wanted to embrace the film society model, and engage with people by talking about movies anywhere we can. A few weeks ago, one of the distributors we work with sent me an email and said, ‘Hey, we’re going to be releasing The Ghost of Peter Sellers soon,’” he says. 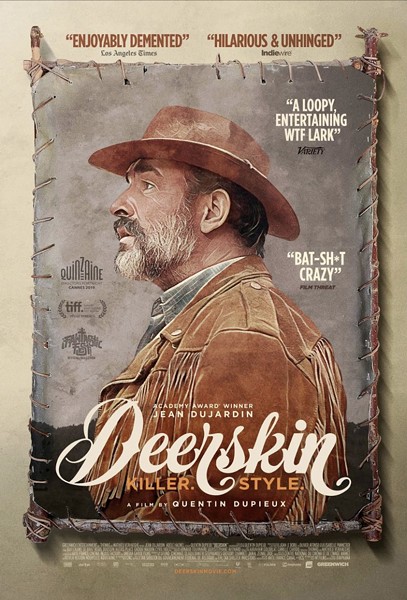 “And I started to see what other films were being released like Deerskin, and noticed that the library was expanding and multiple distributions companies were starting this virtual cinema, I realized that there was enough for us to program the same way we would if we were a brick-and-mortar arthouse theater.”

Boudreau says it’s exciting to do things this way, considering that they’ve been ultimately wanting to have a platform with a full slate of films—something that wasn’t possible before given the fact that their model was a one-time pop-up theater experience.

The podcast Boudreau mentioned—called “Montalk’—is one he’s hosting alongside Alley Cat Lounge’s Kyle Law, in which they discuss the films they love among other things.

“It’s still kind of just for fun, but each week we’ll pretty much pick two movies and dissect them,” he says.

For those who are less familiar with the world of arthouse cinema and independent filmmaking, Bourdreau has a hard time pointing to one specific film as a starting point. There are several that they’re showing in their current virtual lineup, though, that he’d recommend.

“I would probably start with Deerskin. It’s a French film. Adele Haenel, one of the stars, was also in Portrait Of a Lady On Fire, which was one of the best films of last year—if not the best. French cinema is becoming more and more popular in the States, so if you watch this and enjoy it but haven’t watched a lot of French cinema before, you can go right from there to Portrait Of a Lady On Fire.”

Montage is screening four films right now, with tickets available at montagecinemas.com. They include Deerskin, The Wild Goose Lake, The Booksellers, and Corpus Christi.

For more info on Montage Cinemas, and to purchase tickets for their virtual screenings, visit montagecinemas.com