SAVANNAH Stage Company is taking its 2018 Season of Service to a whole new level.

This weekend, the local theatre troupe will perform The Red Badge of Courage for one night only at Service Brewing.

“What we’re trying to do with our Season of Service is highlight and engage certain demographics,” Artistic Director Jayme Tinti shares. “This one happens to be the military. Part of our mission is accessibility, so bringing it to downtown Savannah was important. We built our season and knew that this is where [The Red Badge of Courage] had to go.” 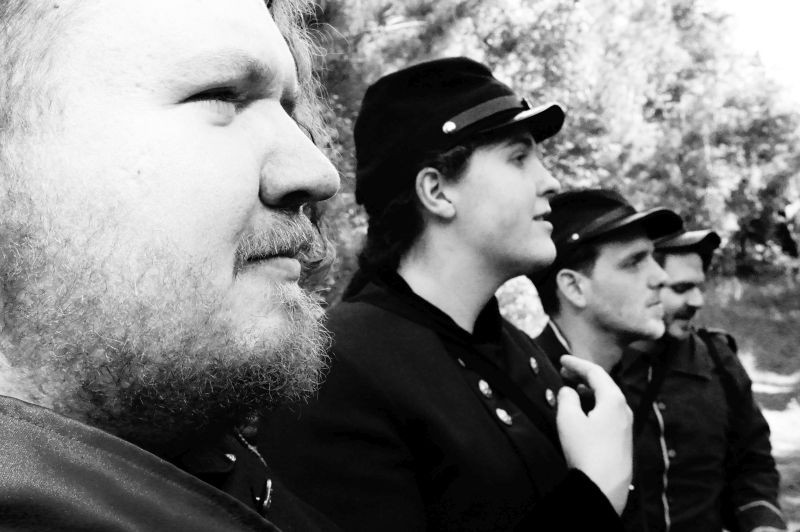 Most folks will be catching the show for the first time, but students in Savannah schools and residents at local nursing homes have enjoyed the action of The Red Badge of Courage thanks to SSC’s touring.

The show, based on Stephen Crane’s 1895 war novel, follows young Henry Fleming, a Union army enlister with dreams of glory. In the throes of the American Civil War, Henry learns the true meaning of courage as he faces battle.

The play was adapted by Catherine Bush, whose renditions of The Scarlet Letter and The Call of the Wild have been brought to life by Savannah Stage Company in prior seasons.

“She makes it really accessible,” Tinti says. “The characters are so clearly laid out. It’s a beautiful adaptation. This is a great example of how to take a book that has a lot going on—a beautiful book!—and pare it down to 45 minutes. And she does it so thoughtfully.”

The Red Badge of Courage is a popular pick for high school English curriculums, but there’s something about seeing a tale come to life onstage that sheds new light on familiar stories.

“We were at Islands High School—we brought the show there for free,” Tinti recounts. “The kids were all sitting onstage with us, really up-close—you could feel them leaning into the battle scenes, and they’re on the edge of their seats wondering what’s about to happen. At one point during a slow-motion battle death, a girl was crying. I just wanted to say, ‘Yes! Thank you for being engaged!’”

“It’s a mixture of very thoughtful, slow-motion, very choreographed,” Tinti says of the fight sequences. “When it all comes together the sound and choreography was really engaging. Being able to tell a story without words—that’s something we are constantly working on. It’s so powerful and you can enrich a story so much using those tools.”

SSC’s Season of Service continues with upcoming productions of Cabaret and Tuck Everlasting, the latter of which stars high school students—a first for the company. 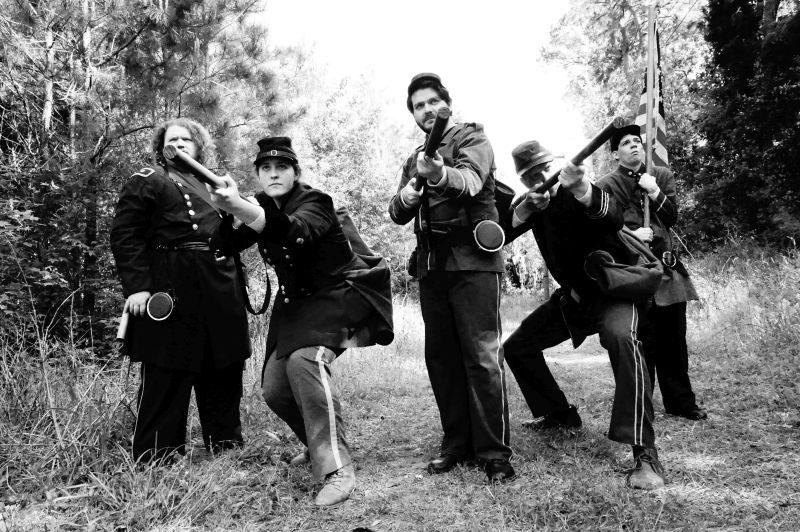 The whole SSC crew looks forward to an evening of Service brews, barbecue, and engrossing theatre right on Indian Street. Service and SSC are offering a military discount on tickets (“to make sure the intended audience gets to see it,” Tinti notes), and local nonprofits that work with veterans will table at the event.

“We’ve got that perfect stage waiting for us, and there will be—duh!—lots of beer, and Bowtie Barbecue’s truck will be out,” Tinti says excitedly. “Theatre, beers, and barbecue: it all comes together in a nice little package!”