DAMON & the Shitkickers, founded by singer/guitarist Damon Mailand, has been flying the flag for outlaw country over the last several years, and haven’t slowed at all in the process. They’ve been regulars all over Savannah until the COVID-19 pandemic, and now they’re prepping for a Quarantine Concerts performance on Fri., May 22 to bring live country music back to their fans.

Ahead of their gig, we caught up with Mailand to learn more about this long-running powerhouse of a band. 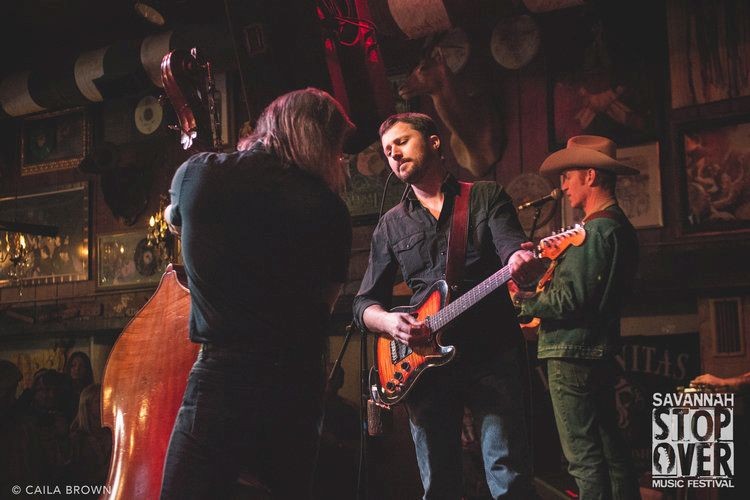 Tell me a bit about how this band got started?

Though there were plenty of great bands around when I moved to Savannah in 2006, I was underwhelmed by the presence of live country music. It was a prime opportunity to fill that niche, and the scene proved very receptive and thirsty for a little outlaw flavor. By 2008 Damon and the Shitkickers was a a full blown 5-piece outfit, complete with plenty of Wild Turkey and hell raisin’.

I imagine you grew up on Johnny Cash, Hank Williams, and guys like that? How did country music become such a central part of your life?

I suppose it’s my mom’s fault, mostly. She has an affinity for honky tonk tunes, and was constantly spinning Cash, Haggard, Jennings, and Jones. My dad taught me to play guitar. Between him, my grandpa, aunt, uncle, and cousins, there was no shortage of live music in my life. It sure has a way of pulling people together.

The kind of thing you guys do (Outlaw Country or even Alt Country) has sort of come back around in terms of prominence but it’s still considered to be almost the “punk rock” wing of the genre. Why do you think that is, when it’s ultimately much closer to traditional country music than mainstream country is?

Punk Rock is an interesting comparison. Both are stripped down and honest, and a stark contrast to overproduced mainstream music in any genre. Punk musicians seem to find the transition to Classic or Alt-Country pretty natural—our own Igor Fiksman among them!

Out of all of the gigs you’ve done over the years, is there one that sticks out as significant?

We’ve played some really fun shows at Pirate Fest on Tybee Island, sharing the bill with the likes of Shooter Jennings and the Kentucky Headhunters. I met my wife playing a wedding reception outside of Athens, so that one stands out a bit. Honestly though, we have a ball every time we hit the stage.

What have you been up to musically during quarantine, and what can people expect from the upcoming gig?

We’ve been messing around with video collaborations a bit, and Igor and I have been working on some new material. The Quarantine Concert will be our first time playing together in a couple months, and we can’t wait to share some originals with everyone in such a cool setting. Hope you all tune in!