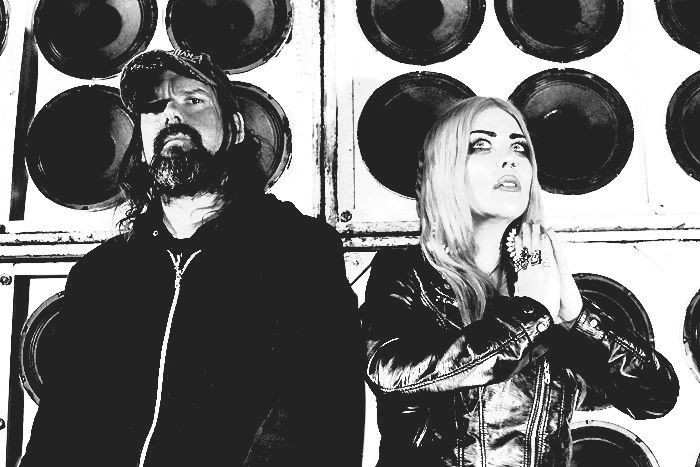 IT'S THAT time again: Jucifer is back in Savannah, and our eardrums are about to be destroyed in the best way. The husband-wife band has been relentlessly touring since the early 1990s, performing an incendiary style of grimy sludge metal.

Their often-imitated-never-duplicated White Wall of Death, a towering visual of a stretch of speakers painted stark white, is a defining visual of Jucifer’s show and a way for vocalist/guitarist Gazelle Amber Valentine to be completely engulfed in the sound of her guitar. Through it, blistering riffs and spitting fuzz take over the room, transforming it into a wicked temple of sound.

The band’s released seven studio albums through Relapse, Capricorn, and Alternative Tentacles; a few years back, they founded their own label, Nomadic Fortress Records, in an effort to maintain all creative control of their product. Through Nomadic Fortress, Jucifer released their heaviest LP yet, District of Dystopia, a searing 25-minute hit that reviews the history of the United States via the impact of legislation. The album came with a 31-page book of lyrics and historical notation.

The band has also been working on a documentary on their nomadic life and career. Though once based in Athens, Jucifer’s been living out of an RV and gigging nonstop for years now, and NOMADS: Built To Destroy will offer an intimate look at one of the toughest and truest DIY bands in the United States.