Savannah Music Festival is gearing up for an impressive 2020. Leading the lineup for the coming year’s festivities is returning headliner Jason Isbell & the 400 Unit, who have had an incredible few years since they were last at the Festival. 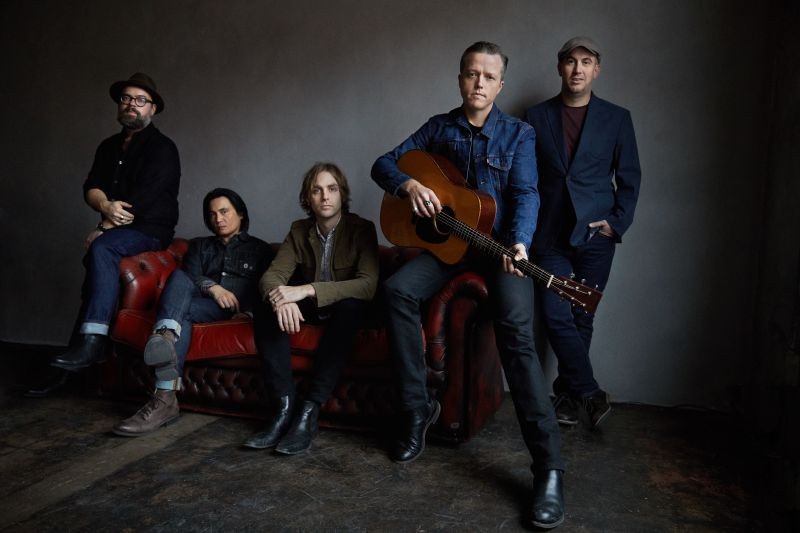 The group, which is led by the former Drive By Truckers guitarist, is seemingly on top of the world these days thanks to a trio of critically-acclaimed and groundbreaking Americana albums that began with 2013’s Southeastern.

That album has since become a benchmark in the modern world of Americana, alt-country, and folk, and has made Isbell one of the most cherished guitarists and songwriters in Nashville today.

The band’s set will take place at the Johnny Mercer Theatre on Thurs., March 26. The show starts at 8 P.M., and tickets start at $37.

Also slated to perform at the upcoming festival are St. Paul & the Broken Bones, the Alabama-based soul band that has garnered critical acclaim and amassed a serious fanbase since the release of their 2014 debut Half the City. They’ve played legendary festivals like Glastonbury and have even toured with The Rolling Stones, and they’ve become and unrivaled live act in recent years.

Another notable headliner for 2020 is the legendary Bruce Hornsby, one of the most lauded pianists and singers in recent history. Hornsby brings his revitalized band The Noisemakers along with him, on the heels of his recent album that found him collaborating with the likes of Bon Iver’s Justin Vernon and groundbreaking guitarist Blake Mills. Hornsby’s last appearance at Savannah Music Festival was in 2017.

Bruce Hornsby & the Noisemakers play The Lucas Theatre For the Arts on Thurs., April 9 at 8 P.M., with tickets starting at $37.

Other headliners for the 2020 festival include Bela Fleck & the Flecktones, Mandolin Orange, and Rodney Crowell.

Among the headliners, the Music Festival has revealed an incredible schedule of music that spans genres and keeps with the festival’s reputation for quality offerings from all around the world. One event of note is a classical show called “From Prussia With Love,” featuring Rachmaninov and Thchaikovsky compositions performed by a collective of musicians led by violinist Giovanni Guzzo.

Also on the schedule is a birthday celebration for Ludwig van Beethoven, also led by Guzzo.

Returning in 2020 is the beloved Latin Dance Party, spearheaded by the Spanish Harlem Orchestra. Another returning performer is in-demand session player and songwriter extraordinaire Darrell Scott, known for not only his many hit songs but also his multi-instrumentalist work with Robert Plant.

A Zydeco dance party will also be taking over the 2020 festival, with music from Jeff Broussard & the Creole Cowboys. Broussard, a former member of the legendary Zydeco Force, launched the Creole Cowboys in 2005 and has been going ever since. They’ll grace the North Garden Assembly Room at Ships of the Sea on Sat., April 11 at 4 and 8 P.M., with tickets starting at $39.

Along the same lines, Steve Riley and the Racines are also set for a Zydeco dance party, playing with The Revelers at the Charles H. Morris Center on Sat., April 4. They’ll play at both 4 and 8 P.M., and tickets are $39.

For fans of Indian music, look no further than the Savannah Cultural Arts Center on Mon., April 6. The great Zakir Hussain will be joined by Kala Ramnath and Jayanthi Kumaresh for what will surely be a highlight of the 2020 festivities.

As usual with Savannah Music Festival, there’s something for everyone, and plenty of new and exciting music to discover as well.