NOBODY captured Savannah better than Jack Leigh did.

Leigh’s longtime assistant, Susan Laney, has kept Leigh’s legacy alive since the legendary photographer passed away in 2004. “The Light, The Heat: Summer in the South” is an exhibition of Leigh’s photography, now on display at Laney Contemporary.

Leigh was a patient, meticulous photographer who put painstaking thought into each photograph.

“It was very important for him to have all the elements just right for an image,” shares Laney. “An image wouldn’t work unless all the components of the image were exactly how he wanted them to be.”

Many of the photographs are a testament to Leigh’s comfort with the people he photographed. 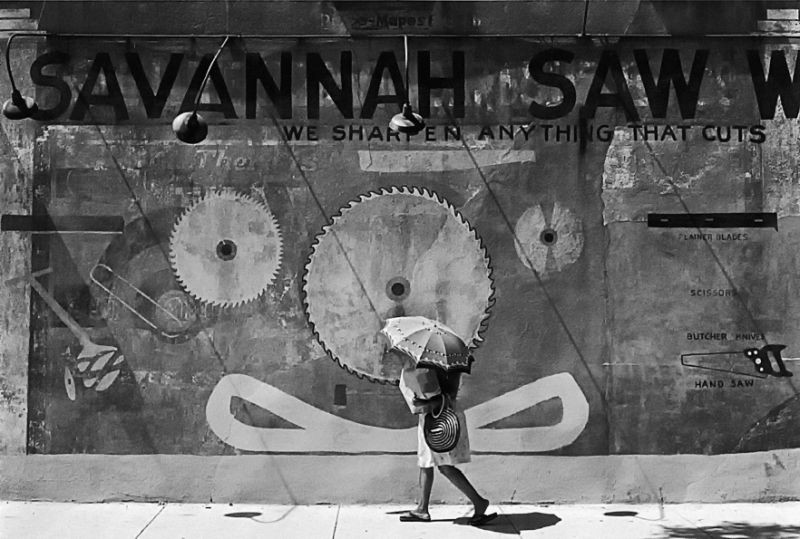 “He was there for a long period of time watching a scene unfold. People became used to his presence,” says Laney. “There was an ease about the people surrounding him--he was welcome to be there because they got to know him. There was a rapport between him and the people he photographed, the comfort level was there, and he was able to watch for a long period of time until things were just right to make that perfect composition.”

In “Boys on Mill Dam,” Leigh captured a group of boys jumping up onto a dam. The image’s composition is stunning and, according to Laney, lucky.

“That image in particular was the last one on the roll of film, and everything about it just lined up so if he had made that photograph just a moment sooner or later, it would not have been the strong image it is,” she says.

Another such example is “Savannah Saw Works.”

“[The exhibition’s title] ‘The Light, The Heat’ was about that image,” Laney says. “Jack wanted to photograph what he knew, and when he came back to Savannah after traveling all over, he realized Savannah was his home and what he wanted to photograph. The ways of light around Savannah was important for him. That particular image was really important to him because it was very much taken in that time of heat, and he wanted to make sure that image was conveying the intensity of the light, the intensity of the heat. That’s what he was trying to do when he was printing that image.”

Leigh paid much attention to the way he printed his photographs, as evidenced by his work with the famed Bird Girl photograph on the cover of Midnight in the Garden of Good and Evil. 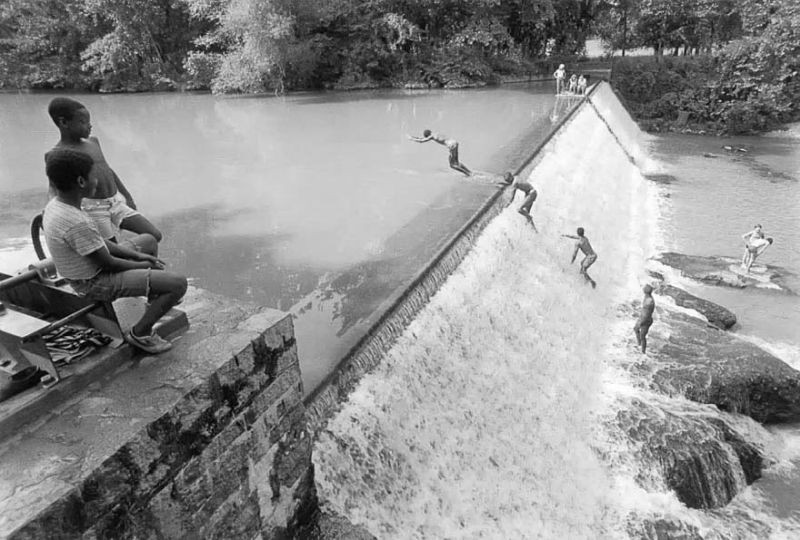 “Printing was an extremely important part of his process, conveying what he was seeing,” Laney says. “That image itself is very much a decisive moment. Photographing the wall was really interesting in and of itself, but if it had been taken a moment earlier or later, it would never have been as strong. That and the fact that he used this woman, who had an umbrella that echoes the shape of the saws on the wall and her bag and her clothing--everything about the movement in that image was incredible.”

The serendipity of that photograph is why Laney chose it for the signature image for “The Light, The Heat.”

“The Light, The Heat” coincides with the opening of a new gallery space dedicated solely to Leigh’s work. The room, downstairs at Laney Contemporary, displays Leigh’s photography and allows access to his work year-round. 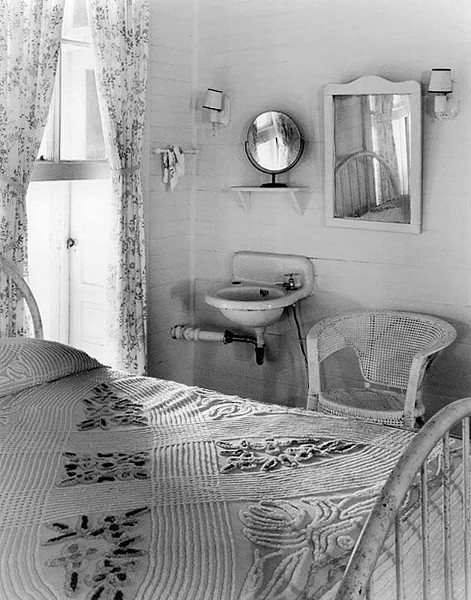 “When the space became available, I realized that it would be a really wonderful thing to be able to come in here and have access to Jack’s work all the time,” says Laney, “for us to be able to easily pull it out for anyone traveling through town who wanted to see his work. We had that ability before, but it was quite a bit of setup. To have the work organized in a way people could see a portfolio of his work is a real asset to what we do. I think people will really enjoy being able to have that presence back in Savannah, to have his work available to be seen.”

As years pass and more people discover his work, Leigh’s legacy only grows.

“There are a lot of people who have been longtime fans of his work, and there are people who are learning about his work, where every time they turn around there’s someone who’s read about him or run into his work and want to learn more,” Laney says. “This is a real asset for us to have this space with his work currently. It’s a lovely way to be able to have an intimate look at his work.”