Interstellar Echoes celebrates the legend and legacy of Pink Floyd

'We don't go overboard with the old stuff, but we try to add in just enough to please the diehard folks.' 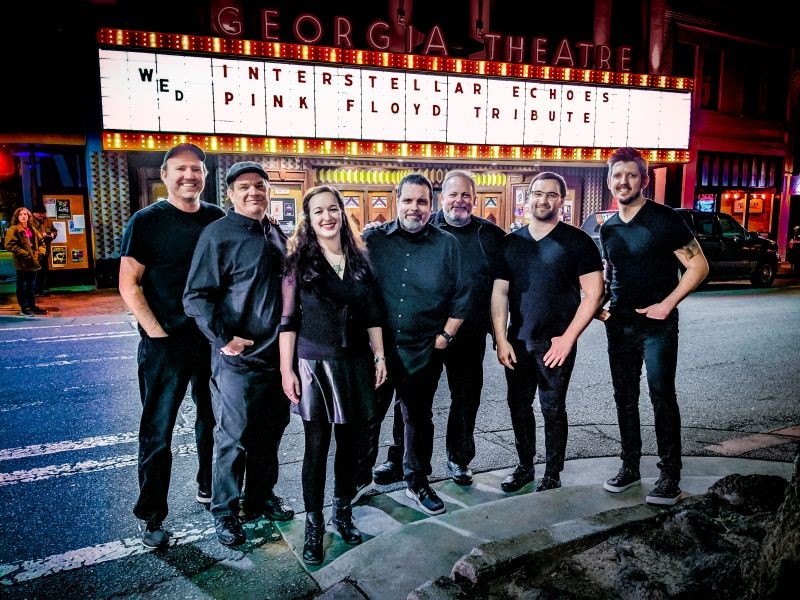 RECREATING the groundbreaking work of Pink Floyd seems like it’d be a grueling task. To really dissect the legendary band’s vast and diverse catalog of recordings takes attention to detail as well as determination - two things the members of Interstellar Echoes have in spades.

The Atlanta-based tribute, who play the Tybee Post Theater on Sat., May 25, go the extra mile to not only faithfully reproduce the band’s songs to the best of their ability on stage, but also stage an intricate light show to accompany the set list - which covers all eras of the band’s long history.

Ahead of the band’s Tybee Post performance, we spoke to drummer Mike Altis about the formation of the band and their acclaimed show.

How’d you all decide to start a Floyd tribute? Were you all serious fans?

Altis: Yeah. Myself, Jim the singer, and Chris the guitar player decided to try and put something together about five years ago. Initially it was going to just be a cover band doing a few Pink Floyd songs, some Led Zeppelin, and some of our other favorite bands mixed in. We kind of got stuck for about a year, and then we found our keyboard player Eric. Once we found Eric, it all just kind of clicked. Especially with the Pink Floyd songs.

At that time, we said, “Hey, why don’t we be a Pink Floyd tribute?” It’d be something we thought would make it easier to book gigs, especially if we could pull it off with the lights. We found another guitar player, Dave Shore, and the cool thing about Dave was that he had a connection with a lighting company out of Atlanta.

When we added Dave, that really took it to the next level. We were able to rent high-powered lasers. We immediately had a couple hundred thousand dollars worth of lighting gear, and a lighting director who was really into Floyd as well. So that just kind of took it to the next level. The real focus, though, was always on the music. Jim and Chris have always been huge Pink Floyd fans, and Chris studied David Gilmour’s tones and sounds and style. Our main goal was to try and recreate the music first.

It keeps getting bigger - we kind of limited ourselves to the Southeast, but we’re getting asked to play other places now as well.

When you’re going through songs, do you have an emphasis on a certain era of the band? Or do you try to offer a wide range?

Altis: We try to do a mix. We try to do a lot a lot of the radio staples, and mix in some of the classics from Animals and songs like "Astronomy Domine." So there are a lot of diehard Pink Floyd fans who want to hear the old stuff, which is why we started to add the older tunes.

Those kind of shows must be really intense experiences that take a lot of attention to detail. Doing those shows, and in general doing this band, what’s one thing that you feel has been particularly rewarding so far?

Altis: It’s probably us doing Animals from start to finish. Some of those songs are 20-minute long songs with lots of changes and intricate details that you have to nail. We do it start to finish with no breaks. It's an hour-and-a-half straight with no breaks [laughs]. There are songs where Chris and Dave have acoustic guitars on stands and then electric guitars strapped to them so we can cover those [varying] parts.

Pink Floyd is one of those bands where some people really just know the hits, but the deeper catalog is really layered and musically complex. Considering that you cater to both types of fans, what do you hope the casual fans come away with when they see you?

Altis: Yeah, I mean, for example - a lot of people don't know Syd Barrett. So we always try to announce Syd when we do "Astronomy Domine." I think that by us playing this stuff to a crowd that maybe only heard The Wall and later, it introduces them to these songs and gets them to go back and listen to some of their earlier albums. I think it's just more of an awareness - making people aware that Pink Floyd isn't just the songs they heard on the radio.