In For A Penny @Huc A Poo's 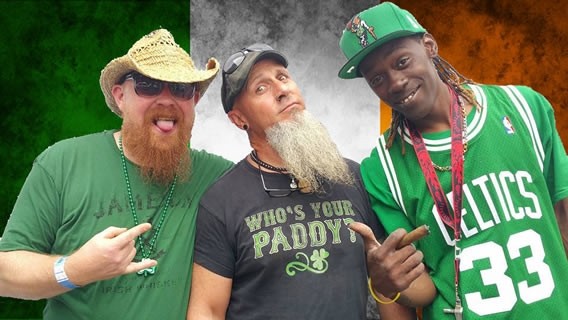 SAVANNAH'S favorite Irish punks In For A Penny have released an EP, Every Day Should Be Saint Paddy’s Day. If you've been experiencing withdrawals now that the green party beads have been washed from the gutters, head the Poo on Saturday ready to do a jig, sip some Irish whiskey, and snap up a hot-off-the-press CD.

In just five songs, the Tybee band rallies their crowd, invites them to sing along, gets personal, and even falls quietly reverent. Recorded by Shane Baldwin at Elevated Basement Studios, the tracks feature talents from some familiar Savannah faces like Ricardo Ochoa of Velvet Caravan and Dan O’Connell of Savannah Ceili Band.

“Stumblin’ Home” is a sing-and-count-along-style ode to getting home after a particularly rowdy night, laced with Ochoa’s bright fiddle.

Track three rolls around with “Every Day Should Be St. Paddy’s Day,” which is destined to become the new unofficial anthem for Savannah’s favorite month of the year, dosed with plenty of humor.

On “Whiskey In Heaven,” McNally offers a touching ode to his deceased father. Just as raucous as typical In For A Penny material, it’s a refreshing wave of sincerity and vulnerability among the whiskey shots and early morning hours.

Things strip down as In For A Penny bows out with “The Parting Glass.” A traditional farewell tune, it’s been recorded by everyone with a little Irish or Scotch blood in ‘em, including The Dubliners, The Pogues, The Wailin’ Jennys, Celtic Woman, and even Ed Sheeran. Our Savannah gents have added a beautiful, stripped-down rendition of the classic to the mix.

Bonus: the release show will also be Penny members Sean and Jeremy’s birthday party. Make that a double.