How to get into the film industry

Charles Bowen is an entertainment attorney and founder of the Savannah Film Alliance. Contact him at 912.544.2050 or  cbowen@thebowenlawgroup.com

SO YOU want to be in a pictures? Considering that Savannah is transforming into a thriving entry point for film and television careers, you are definitely in the right place.

Until fairly recently, almost all roads leading to the film and television screen started in Los Angeles or New York City. Over the past decade, however, advances in technology and financial incentives like those the state of Georgia adopted in 2008 have expanded the industry far beyond California and New York.

Georgia has been the primary beneficiary of this expansion with Atlanta topping the list of current filming locations and significantly-smaller Savannah coming in second.

If you are interested in becoming a part of Georgia’s film industry, you should know one thing up front: no one starts at the top. The movie and television industry rewards experience and is merit-based. 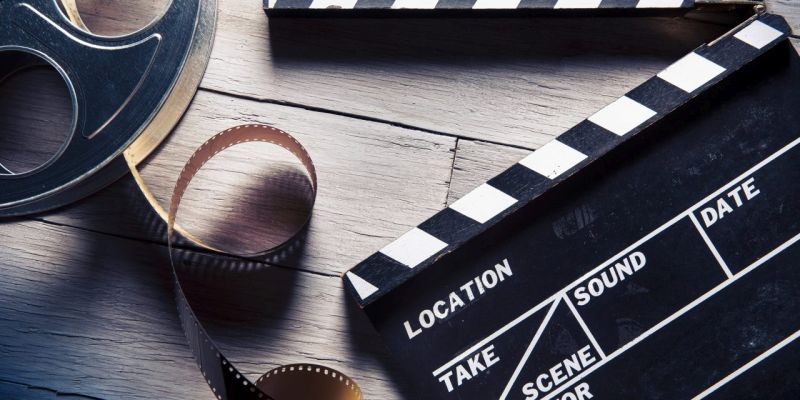 Anyone willing to work hard and maintain a positive attitude in the high-paced and stressful world of film production, however, will likely find themselves progressing quickly.

Granted, experience is crucial to success in almost all professions, but it is especially true in the entertainment industry. When a production begins filming, hundreds of strangers come together to work intensely on a single project — often for months at a time — and then immediately move on to the next opportunity.

There may be a few stories of overnight success, but for the most part, those individuals worked hard for 20 years to earn that “overnight” success.

If you believe a career in movies might be a good fit, it is always a good idea to give your interests a thorough test drive.

A great place to start is to work as an extra on one of the numerous productions in and around Savannah.

Working as an extra largely consists of waiting around for hours for a few minutes of work as a background player with no lines and minimal pay. But it is a prime opportunity to watch what film professionals are doing.

Does it look interesting? Can you cope with the rigid top-down management and stressful environment? Does the reality look as appealing in person as it did in your imagination?

Casting calls are typically well covered in local media, thus finding an opportunity to work as an extra can be as simple as searching “casting in Savannah GA” on the internet. Casting calls are also often listed on the Savannah Regional Film Commission’s website, savannahfilm.org, or you can send a request to join www.facebook.com/groups/savannahextras.

If you still feel drawn to invest in a film-related future after being on a set, Savannah has you covered. Thanks to Savannah Technical College, our city hosts one of the 12 campuses of the Georgia Film Academy.

At $89 per credit hour (plus fees) at the technical college level, you can complete the entire course of study in just two semesters for a very affordable price. This can be a worthy investment to help break into a field where the Georgia Film Academy estimates an average salary is $84,000 a year (not to mention retirement benefits and health insurance coverage).

The required introductory course is currently on the schedule for Savannah Tech’s summer semester.

These types of jobs are on the production crew. There is a tremendous need for local crew in Savannah and once you receive the requisite training and experience, work should be easy to find. If you are more interested in the creative side of the process (directors, screenwriters, actors, etc.), there is still far more than just luck involved.

Savannah has a number of successful theater groups where you can audition for local productions to help you explore whether acting may be for you. There are also quite a few acting classes and workshops taught locally to help you hone your skills.

Savannah offers college and university resources for those careers, as well. You can pursue theatrical performance degree programs at Georgia Southern University’s Armstrong and Statesboro campuses as well as Savannah State University.

Savannah College of Art and Design offers programs in almost every spectrum of the creative side of the entertainment industry from highly-skilled and respected professionals.

Most importantly, do not give up.

Almost everyone enters the film industry slowly for little pay to learn firsthand what the entertainment world is all about while gaining practical skills and making all-important contacts prior to finding success.

If you are willing to put in the time and effort, Savannah’s film production boom ensures the opportunity is there for the taking.

Charles J. Bowen is an entertainment attorney and founder of the Savannah Film Alliance. He may be contacted at 912.544.2050 or  cbowen@thebowenlawgroup.com
More

Rare docs, Mountainfilm, and a Queen of Hearts

Welcome to The Film Scene